The 5th Asian Indoor and Martial Arts Games (AIGAM) just closed its’ doors in Ashgabat, the capital of Turkmenistan. Turkmenistan for the first time is opening up to the international scene and therefore this was a historic moment. The Opening and Closing Ceremonies, involving 7631 performers, are being held at the recently renovated Olympic Complex.

Balich Worldwide Shows, in charge of this production, put on stage a huge Ceremony and placed their trust in PRG’s technical services to collaborate with them on this spectacular event. 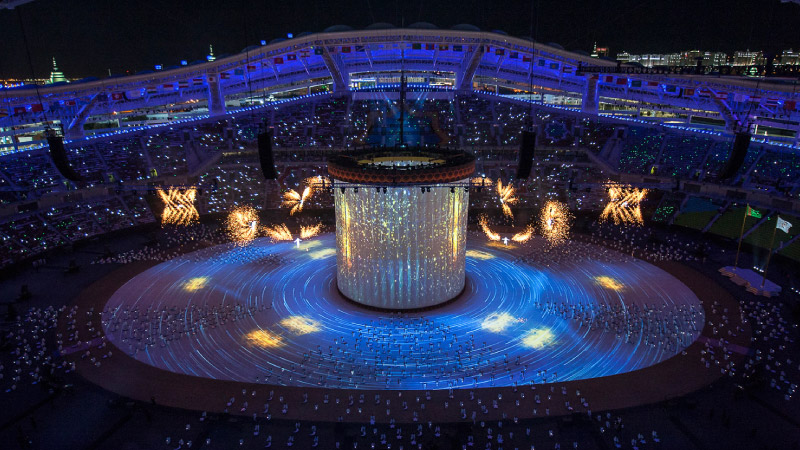 Take a look at the SLIDESHOW of the opening & closing ceremony!

The flawless execution of the Opening & Closing Ceremonies has showed us again how the values of the production- and crew members are based on professionalism, determination and competence. PRG has 25 technicians working on-site making sure that the Closing Ceremony on the 27th of September will be just as astonishing. 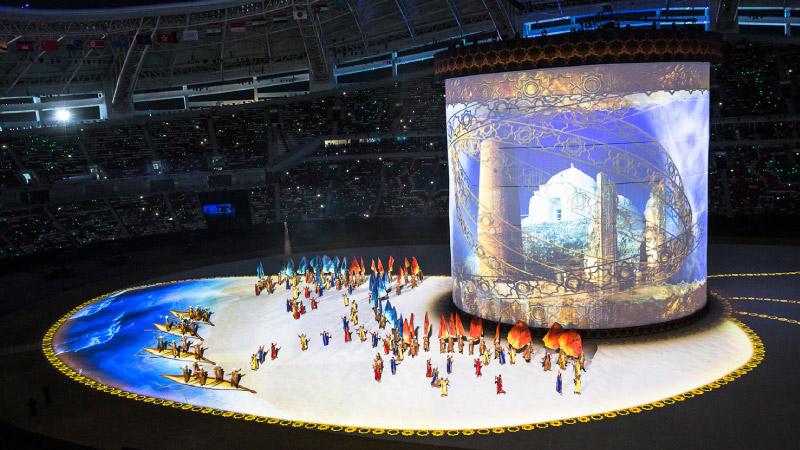 Tom Van Hemelryck, CEO Central Europe adds “We are honoured that once again Balich Worldwide Shows chose to work with us on this historic and prestigious show. The show was really quite spectacular and I would like to thank the Balich team for involving us in this one of a kind event and all our PRG staff involved for their absolute commitment!”