On Friday 30th September 2016, the AV Awards took place at a glamorous event at London’s Grosvenor House Hotel. The awards, which celebrate the best product, projects, and people in the AV industry, was attended by a team from PRG XL Video, led by Executive VP & COO, EMEA, Gary Boyd.

Following the announcement of the shortlist for Production Product of the Year, sponsored by DB Systems, PRG’s GroundControl™ Followspot System was announced as the winner in the category which included products from Barco, Elation Professional, Sennheiser, X-Rite Photo and Video, and NewTek Inc. 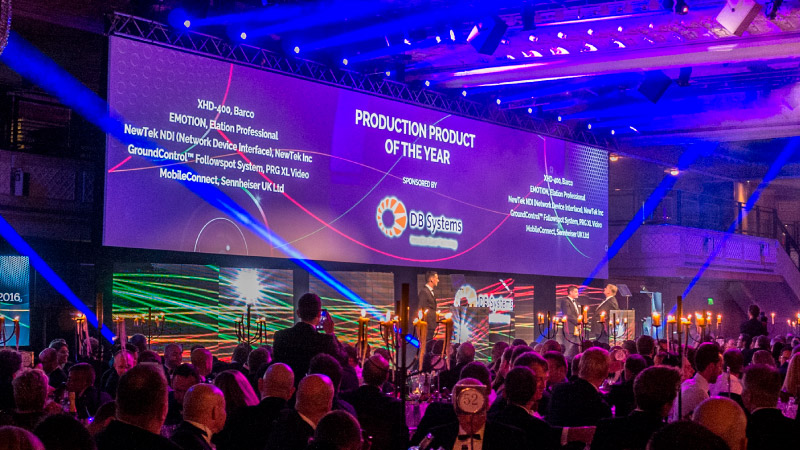 The revolutionary product is already making waves across the production industry, particularly in the concert touring, theatre and television markets, and the judges commended the way the product is having a huge effect on the way lighting designers and producers design their shows and events.

The GroundControl™ Followspot System consists of a specially customized PRG Bad Boy spotlight which includes an in-built camera, and can be flown from rigging or mounted in locations around a venue which would not normally accomodate a followspot; a truss box which provides the link between the fixture and the controller; and the ground-based controller unit which can be operated from up to 610 metres away from the fixture.

GroundControl™ allows designers huge flexibility in where to locate their followspots and the operators can be safely located on the ground within the venue, without the need to climb rigging. In addition to the safety benefits, the GroundControl™ Followspot System also negates the need to remove seats to create traditional followspot positions – a revenue bonus for venues.

Gary Boyd comments: “I was delighted to accept the award for Production Product of the Year for GroundControl. The product is making huge waves across our industry, and we’re very proud to have developed this in-house. Our R&D team in Dallas have done an excellent job in creating a followspot system which is rapidly growing in popularity and demand!” 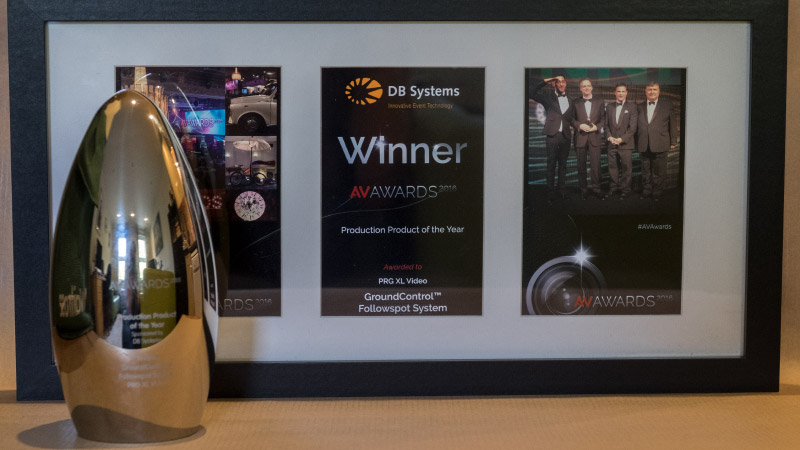