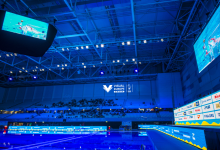 The audience in the arena could see every angle of the matches due the LED screen supplied by Visual Europe Group, who was also in charge of content creation and control. In total they delivered 370 square meters of LED panels for perimeter wall, screens and scoreboards. 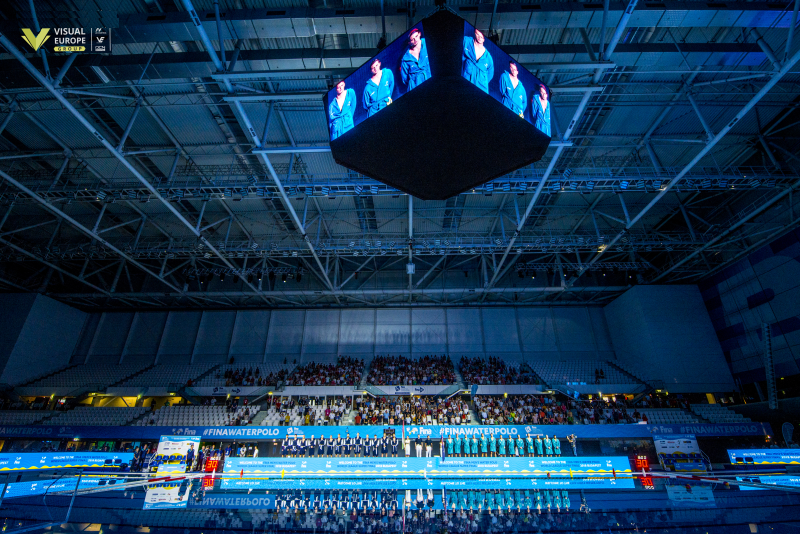 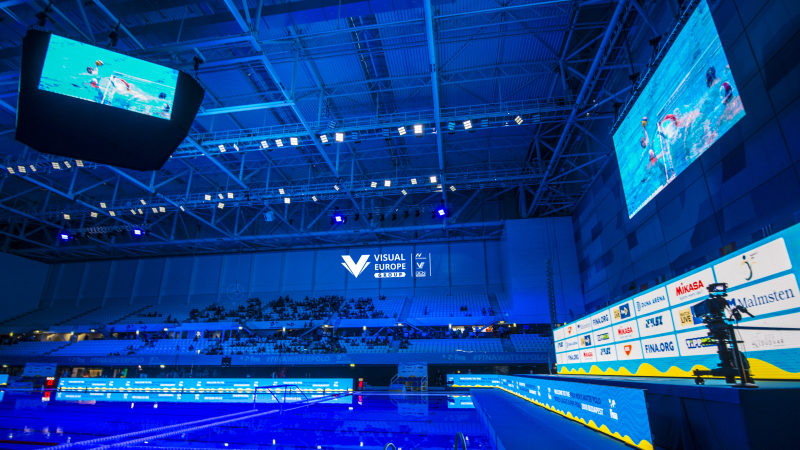 On the first day of the event there was an opening ceremony with a special performance by acrobats in aerial silk and hops over the swimming pool – where the lighting technology provided for the event highlighted the show. 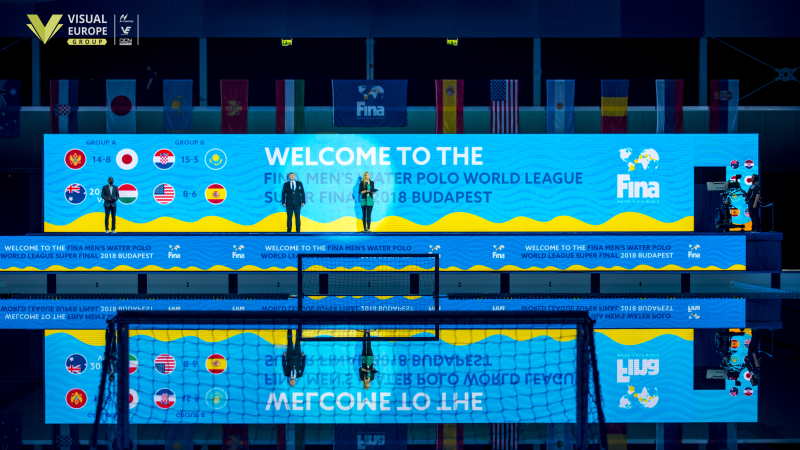 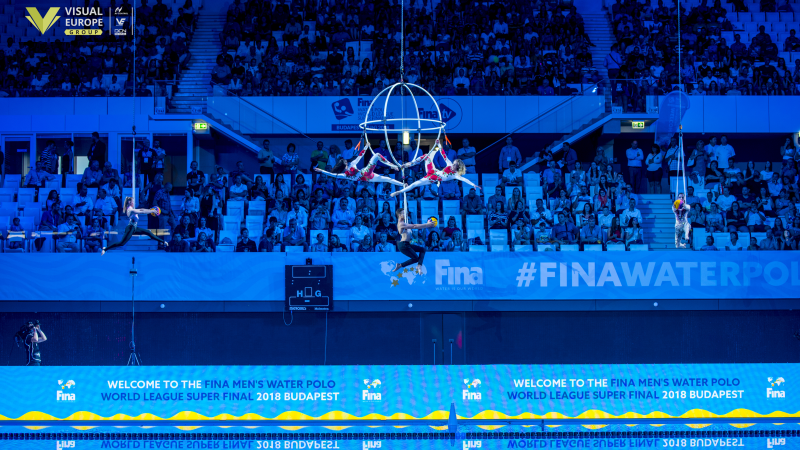 Here is a short video from behind the scenes: