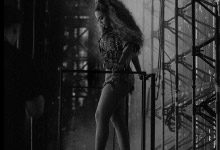 PRG SPACEFRAME™
PRG’s SPACEFRAME™ is an innovative carbon fiber touring frame created by PRG Projects, a division of PRG which specializes in developing and integrating proprietary solutions to the rigors of the production and entertainment industry. It was launched on 2017’s U2’s “Joshua Tree” Tour and “On the Run II” is the second concert tour to feature the product. For this tour, Stufish (the designers of both “Joshua Tree” and “On the Run II” tours) wanted to have a clean look, visually eliminating all support structures and rigging. To do that, PRG Projects came up with a solution called “Infinity SPACEFRAME™” where the rigging and support structure are integrated on the back of the SPACEFRAME™, invisible from audience view. Video content on the screen is now edge-to-edge without visual barriers as a classic screen would have. It gives it a monumental look and creates a new type of immersive viewing experience. The Infinity SPACEFRAME™ makes the most of the PRG SPACEFRAME™ concept by utilizing the structural capabilities of the video screen as part of the automated tracking support. It ultimately saves truckloads of additional support structure.
“Designing custom LED and video solutions for live events is a core part of what PRG Projects does. Beyond what we develop for PRG, we work directly with designers to create unique staging solutions that allow them and performers to be as creative as possible,” said Frederic Opsomer, managing director, PRG Projects. “We are constantly thinking of what is next, how do we improve on what we’ve already done. The new Infinity SPACEFRAME™ allows for moveable LED screens in an operational effective set up which aids the dynamic energy Beyoncé, Jay-Z and other performers create during the show.”

The stage design for “On the Run II” Tour includes two LED screens with SPACEFRAME™. The secondary – or upstage – screen is 55 feet x 35.4 feet (16,8-meter-wide and 10,8-meter-high) with ROE’s CB8 LED. The bottom section of the upstage screen is automated with three SPACEFRAME™ panels that open like garage doors, enabling the musicians’ rolling risers to enter and exit the main stage. The upstage screen stands behind a four-tiered opera box style performer platform. The main - or downstage - screen is divided into 12 automated sections. This allows for different dramatic scenes and settings and provides Beyoncé and Jay-Z different entry and exit scenarios. The new Infinity SPACEFRAME™ screen, with GALAXIA’s WV9 air transparent LED, measures 173.2 feet x 43.3 feet (52,8-meter-wide and 13,2-meter-high) when closed and hangs on motorized carts that move left and right on a track. The carbon fiber fabrication and built-in wind bracing provides the stability that structural engineers demand in order to have a screen of this size move around on a track.
“There is currently no other framing system that can do this, it’s a perfect example of designers really pushing the product to the limits and having free reign for their ideas. A symbiosis rarely seen in our industry,” said Opsomer.

PRG INGEST
“On the Run II” Tour is also implementing PRG Ingest. Ingest is a new technology that allows the capture of concert footage in real time from up to 24 isolated camera feeds. Each camera feed - or channel – will be ingested in the server, processed, and via the network pushed to an external storage drive.

In order to handle the 6.2 TB of data that “On the Run II” Tour generates per night, PRG uses six media servers which simultaneously make copies of what is recorded, transcode it to a pro res 422 file and push it over a 10GigE network on an external NAS drive. 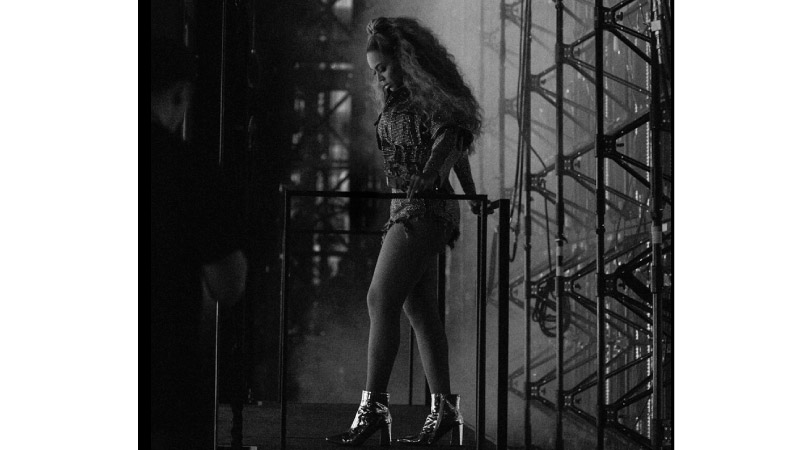