ECA2 produced a spectacular opening ceremony on the Danube in front of the Budapest Castle and the Chain Bridge in association with the Cultural center MÜPA Budapest for the Opening Ceremony of the World Swimming Championships on July 14th.

In terms of video technology, PRG installed around 300m2 of LED Absen X5 screens on the background display columns, 8 mapping zones on the stage by video projection with Panasonic PTDZ21k, a video projection on a water-screen (Barco’s HDQ-40K VPs) and 100 autonomous HEX Panels with built-in media servers for the artists performing the choreography. The control booth had 4x D3 4x5 and 2x D3 2.5 servers.

This vast technical production was a joint effort between ECA2 and the PRG subsidiaries in France, Belgium, and PRG Projects, with technicians from across the globe (Belgium, France, Qatar, Estonia, Italy, Spain, China, and England). 1,800 working days were needed for pre-production, installation, and operation during the ceremony by our 42 technicians, operators and on-site managers. 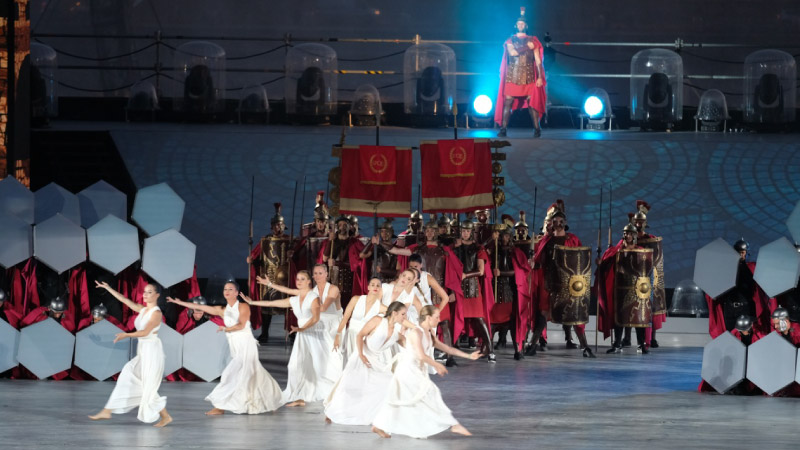 The highlights of the ceremony were PRG Projects’ Hex Panels, which in combination with the video mapping on the scene, the LED columns and the projection images on the water-screen and the illumination of the castle, the bridge and the quays, illuminated the city beautifully.
Magical laser effects and a magnificent firework also accompanied this spectacular ceremony. 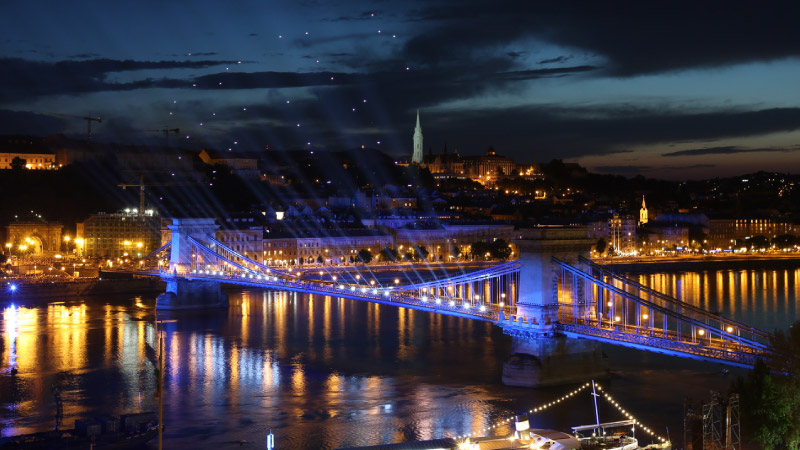 We would like to extend our warmest thanks to our long-time customer ECA2 for the trust they have placed in our PRG teams for the last 18 years, resulting each time in high quality result and sublime performances, thanks to a flawless commercial, technical and logistical collaboration.

Everyone involved in this project demonstrated excellent teamwork to deliver a truly sublime show! Thank you!