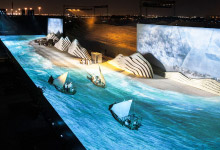 The event, held at the request of the Crown Prince’s Court, celebrated 45 years since the unification of the United Arab Emirates, and took place in the presence of a selected crowd of dignitaries.

Tom van Hemelryck, VP Global Sports and Special Events was contacted by Balich Worldwide Shows to provide both the technical expertise and technology for this special commemorative show.

Tom brought together video and technology specialists, Yves Winand, from PRG in Belgium and his counterpart Bill Ainley from the group’s UAE operation to work with the design specification from Balich Worldwide Shows. Starting with the mapping of the surfaces, d3 was identified as the media server for this project. It was used to design, and previsualise the projection, and whilst on site used for line-up and playback of the content created by Charles Darby and the team at Clonwerk.

Yves Winand explains: “We needed a strong partner for this challenging project, and we worked closely with d3 to improve some processes on site in order to save time in the line-up. We had to share preparation nights with lighting programming and rehearsals, and waiting for the arrival of large moving elements, so time for the set-up was limited.”

The projection covered over 6500 m2 of floor, which was a particular challenge due to the flat angle and positioning of the projection towers. Either side of the stage, two wing screens of 600m2 were also covered with projection. Four sand dunes, each measuring 35 metres by 8 metres, which tracked across the stage, and a rising sun of 16 metres by 8 metres, which rose from behind the dunes were also projection mapped and covered perfectly as they moved into place during the show. 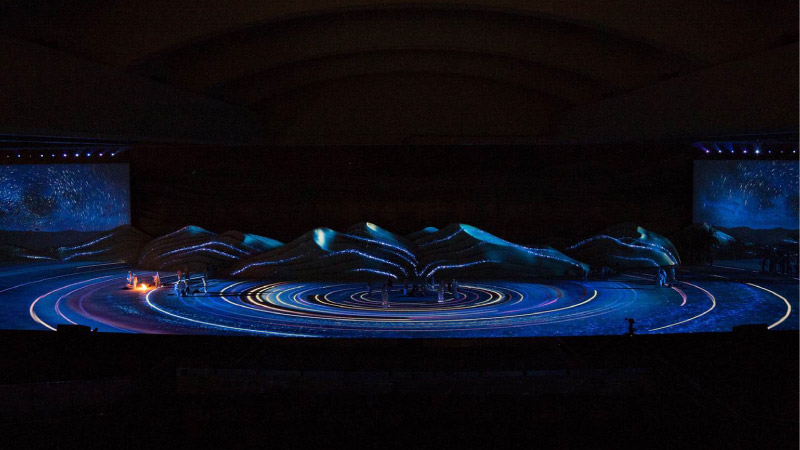 Bill Ainley commented: “Whilst this event presented many challenges, we are proud of our team’s ability to seamlessly draw upon design, technical and logistical expertise from three PRG operations across three countries to ensure our approach at the design phase would achieve our client’s expectation on site. This, along with the team of expert technicians who worked very hard in a challenging environment, ensured we could deliver the project to an exceptionally high standard.”

Tom van Hemelryck concludes: “We are delighted to continue our working relationship with Balich Worldwide Shows, and honoured that they chose PRG as a partner in delivering this prestigious, high-profile show. Everyone involved in this show worked in great collaboration to deliver a show which looked truly spectacular.”

For further information on Balich Worldwide Shows go to www.balichws.com. 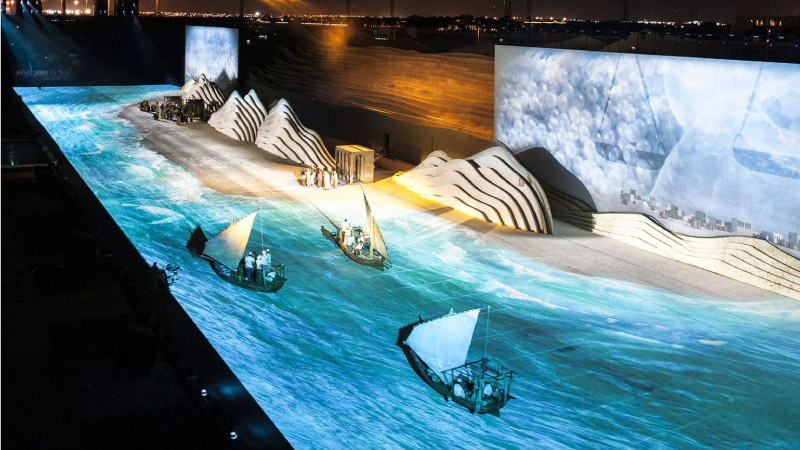