And suddenly, Gamescom 2014 was over again. Despite the rainy weather, the mecca for all fans of gaming and eSports in Cologne was a resounding success yet again. Two weeks after the end of the world's biggest gaming convention, it’s time to take a look back at the four days in August and see what remains. New games, new hardware, crowded exhibition halls and happy faces everywhere – once again, there was something for everyone.

eSports on the up and up

eSports already attracted countless fans to the Games Convention in Leipzig, but Cologne added the crowning touch. It was almost impossible to get a seat in in the League of Legends stadium in Hall 8, so great was the interest in watching the top MOBA eSports players.  There were big and small eSports tournaments for Counter Strike, StarCraft II, Final Fantasy PVP…and League of Legends of course.

All the enthusiasm aside, it shouldn’t be forgotten that eSports is no longer a marginal phenomenon. Not only does it have millions of fans, the sponsorship and prize monies make eSport a real force in the games industry. Professionals actually make a living from playing Counter Strike, League of Legends, Dota 2, etc. – they train every day and have their own fans. All this shows that eSports has arrived in the mainstream, at least in the entertainment sector. eSports fills halls around the world and is no longer to be found on the fringes. This, too, was clearly evident at Gamescom.

Of course, the e3 tradeshow in Los Angeles is more suitable for presenting innovations. In Cologne, consumers can get their hands on things for the first time –after hours of waiting in some cases. Nevertheless, Cologne did serve up a few innovations that astounded visitors: Besides a new Silent Hill game, which Hideo Kojima introduced, there was a lot of new hardware in particular on show. Last year, the hot new products were the two-next generation consoles PlayStation 4 and Xbox One; this year, it was virtual reality headsets. In addition to Sony's Project Morpheus, players could try out the Rift headset from Oculus. A look into this virtual reality shows that its time has finally come. After decades of hit-and-miss trials, virtual reality now works.

With over 700 exhibitors this year it was obviously important for every firm to stand out from the crowd, so their booths were the real stars of Gamescom. Light installations, LED walls and color effects shone the right light on games and events.

This, among other areas, is where PRG entered the picture to ensure that our customers stood out from the crowd. Playing on emotions without stealing the show from the eSports stars and games was a top priority in preparing and creating the concepts. From lighting and overall concept to on-site rigging, PRG set the stage for Gamescom’s major players to celebrate their success on. Here are a few pictures: 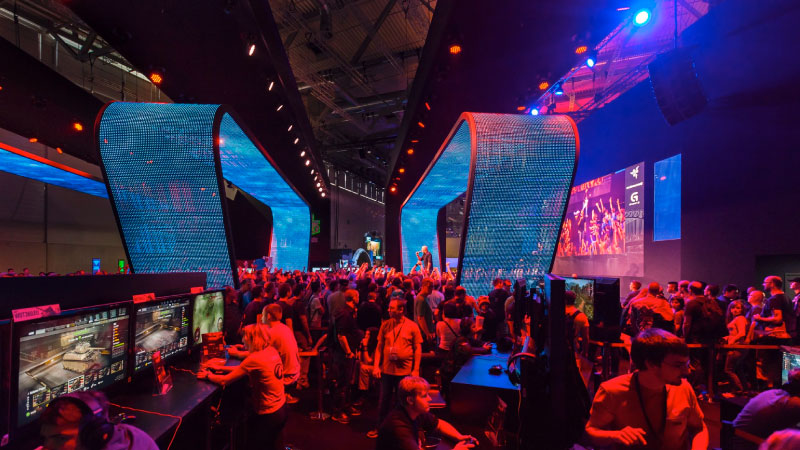 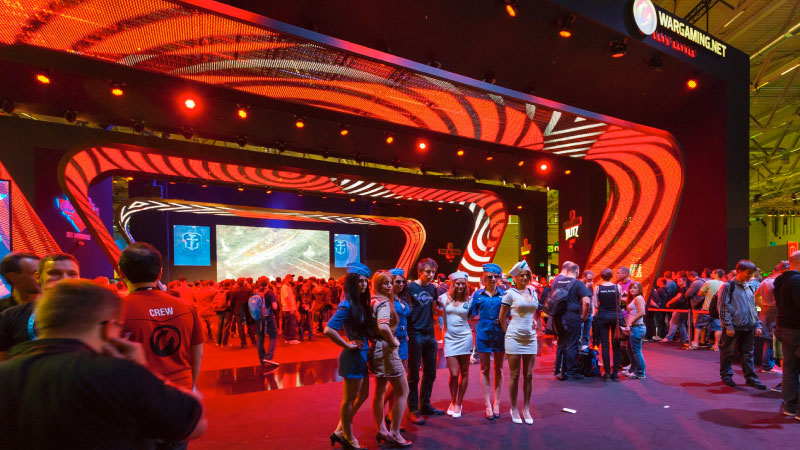 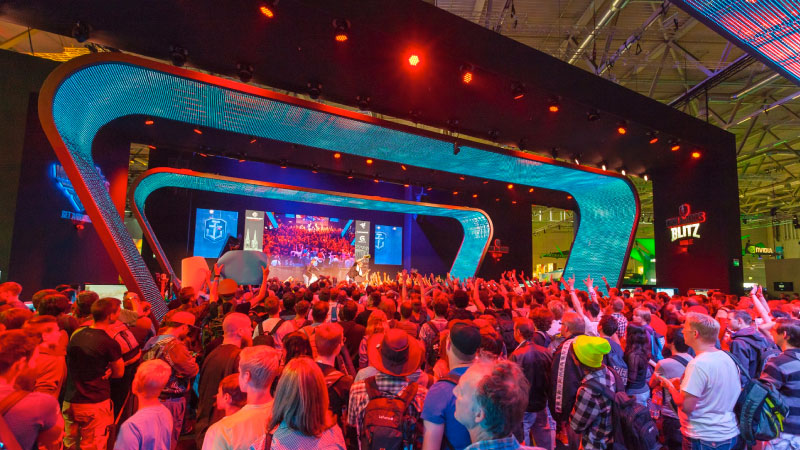 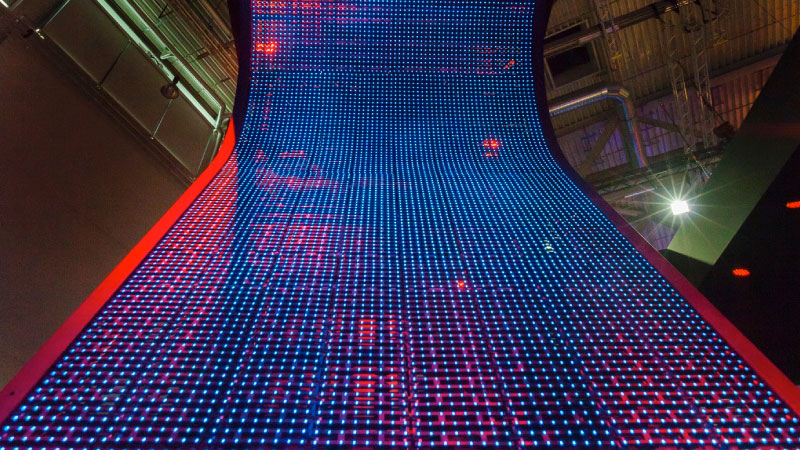