PUBG’s e-sports Battlegrounds are conquering Berlin: the world’s 20 best PUBG teams were competing for 2M dollar prize money at the Global Invitational Meeting 2018 in Mercedes-Benz-Arena Berlin from July 25th-29th. Despite only having been published in December 2017, the game has already gained a huge fan base: the tournament was commented live in four different languages and streamed online which attracted up to 60M spectators at the same time. PRG provided all the event technology (rigging, static calculation, sound, video and lighting technology), including related video processing components.

”At this event, the spectators expect to become part of the game”, says Ingo Rehnert, Head of Sales & Account Management – Sport & Special Events at PRG. Players and fans want to experience what happens on the stage ”as emotionally and directly as possible”. To facilitate this, a cube-shaped LED screen was installed above the stage in the arena’s center where the teams were competing. More than 1,300 lights and 680m² LED screens were installed in only three days. 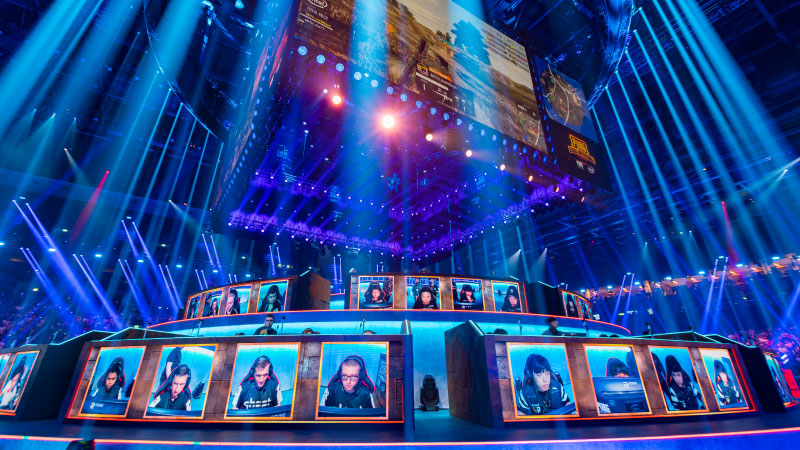 2.600m² projection screen fabric cylindrically veiled the circular stage construction with the gamer zone for the barnstorming opening ceremony. PRG provided the kinetics that enabled the movement of the projection cylinder. 48 Panasonic PT-RZ31K laser projectors displayed the video content onto the cylinder (360°) as well as onto parts of the stage floor. For the mind-blowing finale of the opening ceremony, the projection cylinder was pulled up as part of the show revealing the team boxes. 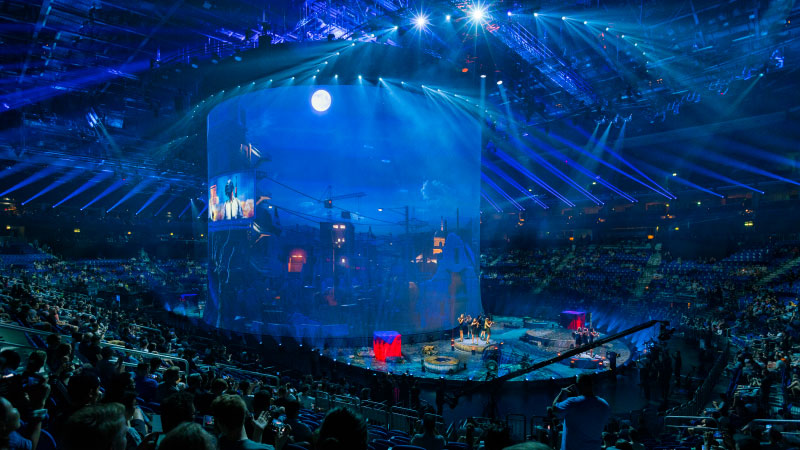 “This is one of the points why we do shows with PRG: the lights, the audio, the video and everything else is going to behave and look exactly the same as visualized and planned in the studio beforehand”, says Michael Thuney, Producer at Production Associates. “We do shows all around the world and PRG has been working with us all along.”

Just like Michael, we are happy about the fantastic success and thank him and his team for the great cooperation at this amazing event!

In total, about 300MT material were used. The event was realized using the following technical items: