PRG Provides Cameras for Upcoming Comedy Film from Guy Jacobson, “Out of Order”

Community building, relationships, and a desire to bring more joy into the world were the fuel for writer / director Guy Jacobson while writing, financing, and filming the upcoming courtroom comedy film, “Out of Order.” Jacobson, who co-wrote and produced “Holly” and co-directed the child exploitation documentary “Redlight,” wrote the script for “Out of Order” with Megan Freels Johnston.

“I wanted to make something in the vein of “A Fish Called Wanda,” or “There’s Something About Mary,” because we’re just not seeing as many fast-paced sitcoms these days, and the world needs humor more than ever,” explained Jacobson, who wrote the script over 15 years, drawing from his own experiences as an attorney on Wall Street. “I often wondered what would happen if a lawyer ended up in court representing both sides of the same case, so I get to explore that in the film.”

Routh stars as John Slater, a failed lawyer hellbent on winning back his model girlfriend, played by Tao Okamoto. Huntington plays his best friend and co-worker, and Shields portrays a high-powered attorney.

Jacobson, along with producers Isen Robbins and Aimee Schoof, were able to independently finance the ambitious film, including its star-studded ensemble cast, through Jacobson’s deep network of friends. “It was an act of love to finance, because with all the character arcs and story lines it’s like making a million different movies. I think that challenge paired with the passion around making it happen were what attracted investors to this project,” said Jacobson.

“I’ve known Guy for almost twenty years, through doing work with his human rights organization, films and simultaneously becoming good friends. He has a real knack for inspiring people to get on board with his ideas and knows how to surround himself with the right people for the job,” explained PRG director of business development, Bryan A. Edens, who arranged the entire camera order for the film, and makes a cameo. “He’s essentially making a $15 million film for $1 million, on a 20-day shooting schedule.”

In part, that financing and time management hurdle was cleared by going to PRG’s Brooklyn location for the entire camera order.

“What I was hoping for with rentals was a one-stop-shop,” said Matt Braunsdorf, DP of the film. “There were a variety of tools I wanted to use on this shoot and had set myself up for renting things from a few different places. That of course is the name of the game most of the time, but it brings with it stress about sourcing everything and then keeping track of everything over the course of an intense 20-day shoot. Thankfully, PRG had everything we needed.” 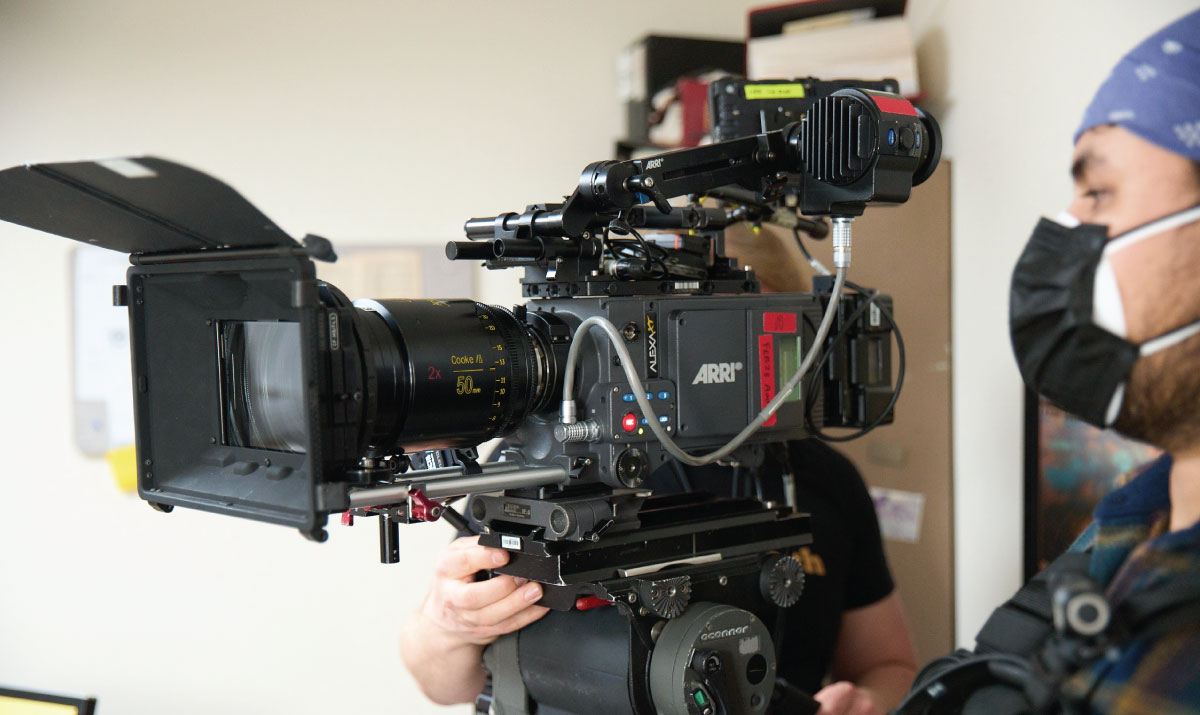 The camera order included three ARRI Alexas paired with Cooke 2.35 anamorphic lenses. A big concern for Braunsdorf was shooting the film in a ratio that would allow wide shots with plenty of real estate for the actors to play with. Much of the comedy is dependent on the chemistry between the actors, so he went with an anamorphic ratio. “This allowed me to frame a lot of two shots and dirty singles so the actors could easily play off one another while still being in the frame at the same time,” he explained.

“The movie looks so much better because of those remarkably beautiful anamorphic lenses,” agreed Jacobson.

“Vivian Umpierrez and the rest of the PRG team made the process of renting so easy, it became a dream come true for an indie production like ours,” said Braunsdorf. “They provided support throughout the shoot and were more than accommodating with last minute changes. I'd shoot an email to Vivian and within hours the solution would be in my hands on set. I haven't worked with any other rental house as accommodating and supportive as PRG. I hope to work with them on all my future shoots.”