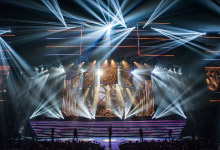 “I’m here for a good time, not a long time. I love what I do, I’m a hands-on guy. I like to be involved and make stuff happen.”

You’ve probably seen the Sydney Harbour Bridge in Australia illuminated for New Year’s Eve on television. If you’ve attended the Backstreet Boys show “Larger Than Life” in Las Vegas (the highest-grossing residency stage show ever in sin-city), or the touring show of the winners of “So You Think You Can Dance,” then you’ve seen the work of Dan Mercer. During the past twelve years Dan has provided his strategic and creative thinking, his operational genius, and his professional integrity and tenacity to a wide range of highly visible, highly engaging events in the U.S. and around the world. We had a chance to catch-up with Dan while he was on location in New York to find out what makes this Aussie tick.

PRG: Tell us a little bit about you and how you got into the entertainment production business.

MERCER: In the beginning I was an on-stage guy. I was really involved in the music department of my high school. They had an excellent arts department and the teachers and the students were very enthusiastic. In addition to spending time on stage, we got to see a lot of stage shows and performances together and that energy and comradery had a big impact on me. At one point I got into doing the audio-visual stuff and the school actually paid me for being the tech guy for some of the shows. Later, when I went to university, I studied business, but I stayed involved in production and had a job working a few of the local theaters in Sydney.

PRG: After university, you started a production company. Can you tell us about that?

MERCER: Yeah, it was great. In 2006 I started a lighting company in Sydney with one of my collegues. We called the company Mandylights and were fortunate to work on a bunch of amazing projects all over the world. It was an incredible time but as the company grew I had to spend an increasing amount of time managing the administration work that comes with a large company and less and less time on stage or in a loading dock. In 2016 I sold the company so I could focus more on actually delivering the projects, you know, hands-on. I had done a bit of work for the Backstreet Boys before and when the Residency was announced I was really excited to be a part of it.

PRG: Working with the Boys had to be awesome, right?

MERCER: Absolutely! I’ve worked on all sorts of productions all over the world. For sure lighting the Sydney Harbour Bridge is an incredible accomplishment, but the Backstreet Boys residency in Las Vegas so far has been my favorite. The whole crew and I have invested a lot of time in this show and I’m very proud of the results and the people who’ve been a part of making it the success that it is. 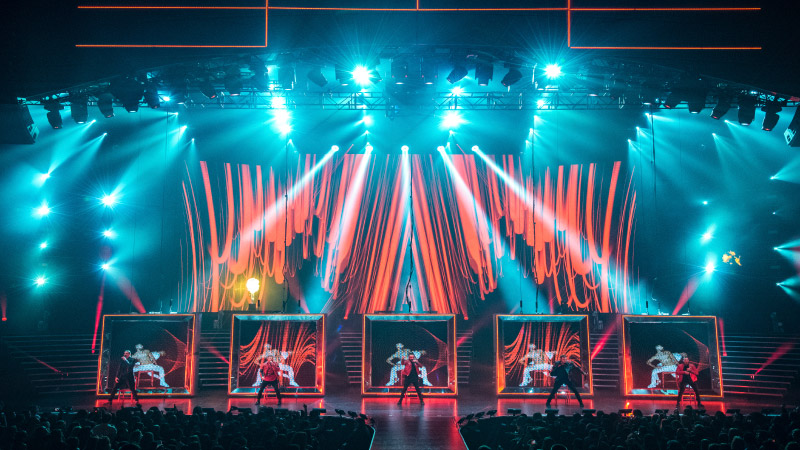 PRG: This gig couldn’t have been an easy one to win.

MERCER: Not at all. I fought hard for this gig. I had heard that the show was being talked about for a couple of years before it started so I was excited about getting into it. 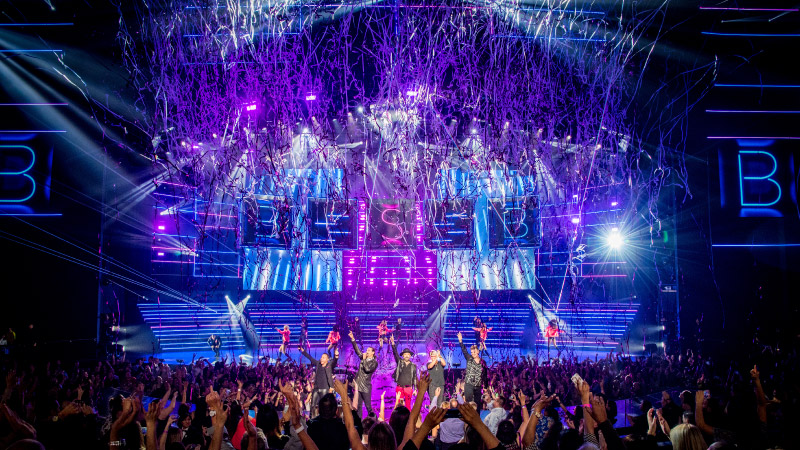 PRG: There had to be a few challenges with the show, especially with the quick turn around and the Vegas environment in general. How did that come together?

MERCER: Once I started work in December of 2016, I worked around the clock on practically every aspect of the show. When I say we worked around the clock, we really did. We only had about 6 weeks to put the show together. I worked closely with Show Director/Production Designer, Raj Kapoor and the entire team from PRG to get it done. Then came opening night, which honestly I thought might be a bit more glamorous. We had been running so hard to get the show up; it really was a blur. The Britney Spears show, which was in the same theater, closed just three days before we had to open. Britney closed on Saturday night, and we opened on Wednesday. It was a feeling of relief that even with the tight turn around we actually did make this multi-million dollar show happen on time. PRG was absolutely amazing and did a great job with everything they had to do. I didn’t have to worry about anything on their plate. 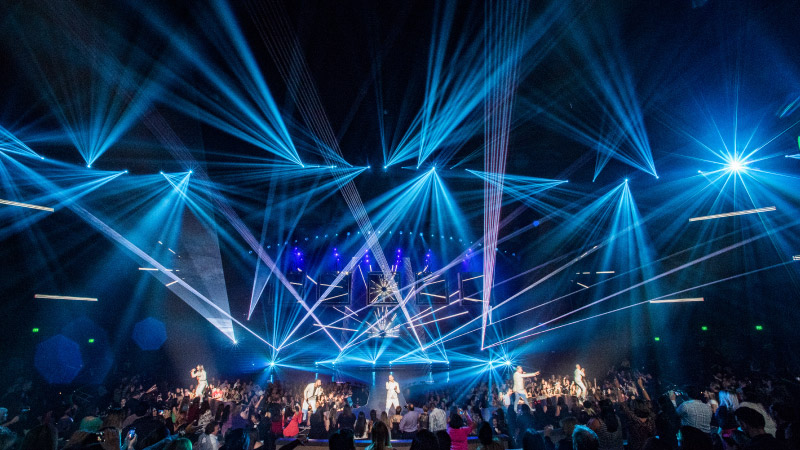 PRG: There has been some news published that this show had the highest grossing box office of any residency show in Las Vegas. That must have been a proud moment to hear that.

MERCER: Yeah, to say the least. This show is a fantastic collaboration between The Boys, Raj and the creative team, the crew and all our amazing vendors. It’s to everyones credit that this show is such a success. There was a huge buzz when the show first opened and we have done four more runs since and it doesn’t seem to be slowing down. After the 25th show, the Boys did a big champagne toast back stage to celebrate our achievement - everyone was really excited. There are almost 70 people involved in the show, but it felt like a much tighter-knit group than that. It was a really proud moment for all of us.

I remember that night when the Lighting Director, Graham Anderson, who has been one of my best friends since I first got into this business, and I looked at each other and said “who are we” and laughed about how a couple of guys from Australia got this done. It was an awesome moment. 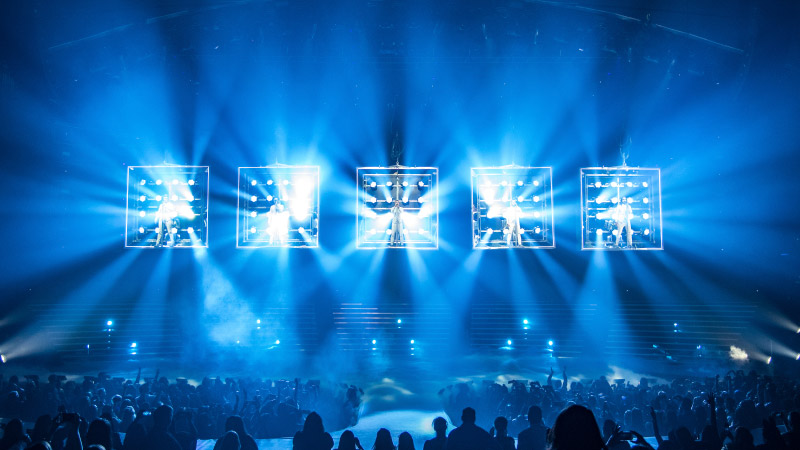 PRG: How did you work with the PRG team to bring the show to life?

MERCER: As the production manager, it’s really all about the people, the culture, the ethos. There are probably 100 companies around the U.S. who could compile the equipment to do the show, but for me, and for this show, it’s the team at PRG that are the difference. From our account managers, Curry and Rusty to our Head onsite Ryan and all the guys in the shop, it is an incredible company. Curry knew what we needed every step of the way and he did an amazing job managing our account. The local PRG crew in Las Vegas had great vision and amazing capabilities. And, you just can’t beat the availability and access to the lighting equipment and technology of PRG.

PRG: Let’s depart from Backstreet Boys. You’ve also worked with PRG on the winner’s tour of “So You Think You Can Dance”. Can you tell us about that?

MERCER: It’s a great show. We took the top 10 winners after they finish the TV show, and we did a 50-city U.S. tour. Raj, Graham and I all worked together and produced the tour. Raj was creative director and came up with the show format, chose the best acts from the tv show, decided which dancers would do each act and how each part of the show should look and flow. My role was production designer so I was responsible for the look of the show from a production point of view: stage, lighting, video design, technical feasibility, venues, and negotiating supplier agreements. Graham designed and programmed all the lighting and worked closely with both Raj and I on the creative look and feel of the show. Naturally, PRG was an obvious choice with their long history of concert touring. They have the ability to understand what we needed, to make logistical, technical and production recommendations, then get the gear, pack as few trucks as possible, set-up and take-down in record speed and accuracy. PRG is just great. 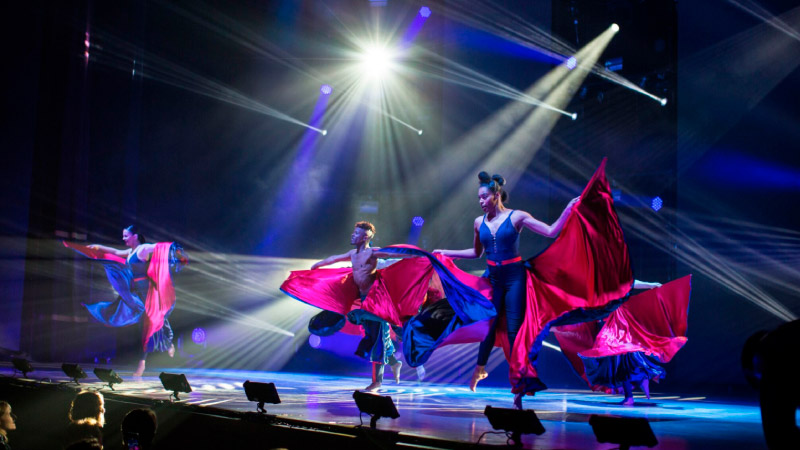 PRG: Were there any big wins on that tour?

MERCER: Our big win was designing custom lighting pods for the tour. We had a couple of pretty big technical challenges on the show. The producer had a limitation on trucks, so we worked with PRG to create custom lighting pods, a massive back wall, an incredible array of space-efficient fixtures, and much, much more. PRG in Las Vegas built the sets for us so they were also space-efficient. 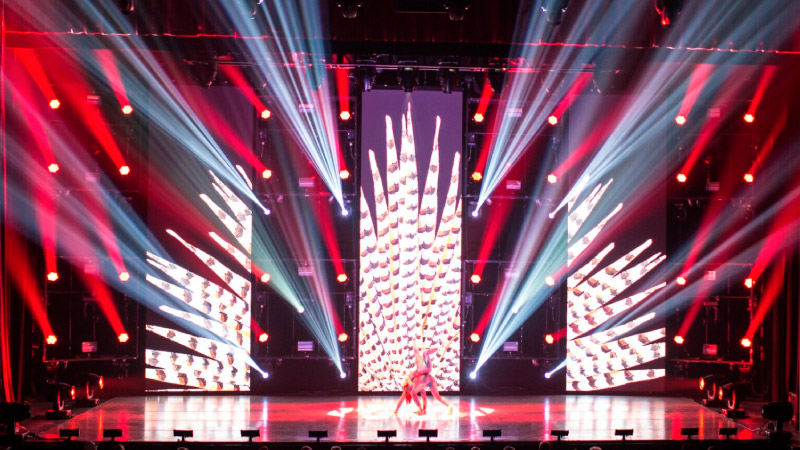 PRG: If you could give your 20-year-old self advice what would you say?

MERCER: I guess I’d tell me that life and work are all about excellent experiences. Life has to be enjoyable. If you’re doing what you love you’ll be happy, but stay focused. Some of the hardest gigs I’ve ever done have also been some of the most rewarding and they’re definitely all my best stories.

Our industry is growing and changing all the time, it’s exciting to see where it will go and I know I want to be a part of it as much now as when I was just getting started 15 years ago.