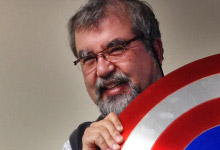 “I would not be surprised, if, in the not too distant future, we will be able to capture the experience from the best seat in the house in a Virtual Reality experience.”

You might wonder, as we did, how to capture the essence of a world-renown production designer when that designer has quite literally touched every aspect of production design on nearly every continent on the planet. To say it is nearly impossible to describe the accomplishments and uniqueness of Duke Durfee, owner of DMD Group West Production Design, would be an understatement. We did, however, have an opportunity to chat with the ever-modest Mr. Durfee and we are happy to share that discussion with you here, but first, we want to give you a bit of background to help set the stage (pun intended).

Duke has provided insight and expertise to shows like “David Copperfield's Dreams and Nightmares” and “EFX,” the largest special effects stage show in the world, and created theme designs like the multimedia atrium at NikeTown NY, the Rainforest Darkride for Petrosains in Malaysia, and the interactive, motion-based Marlboro Adventure Team exhibit - But wait, there’s more!

Duke’s entertainment designs include the original attraction, Beetlejuice's Graveyard Revue at Universal Studios LA, production design for Mariah Carey’s 1996 Pacific and European tours, the Doobie Brothers' concert Rockin' Down the Highway, MTV's Halloween Special (first immersive VR broadcast in the U.S.) and the television series “Sessions @ West 53rd St”. for Automatic Productions and SONY Music. And earlier in his career, he worked on Broadway productions including “Me and My Girl,” “Nine,” “M. Butterfly,” “Dancing at Lughnasa,” and “Metamorphosis”.

With that as a background,…we now share our chat.

PRG: What inspired you to get involved in production design?
DURFEE: I had always been an actor and an artist, in fact, I received two college degrees in the business. But when I had the opportunity to do an internship at the Guthrie Theatre, and I met people making a living doing design work, that’s when it hit me and I knew this was going to be my future. Then, when I worked on my first Broadway show I realized I was suddenly cast into the big leagues. The show was called “The World of Sholom Aleichem,” and the year was 1982. 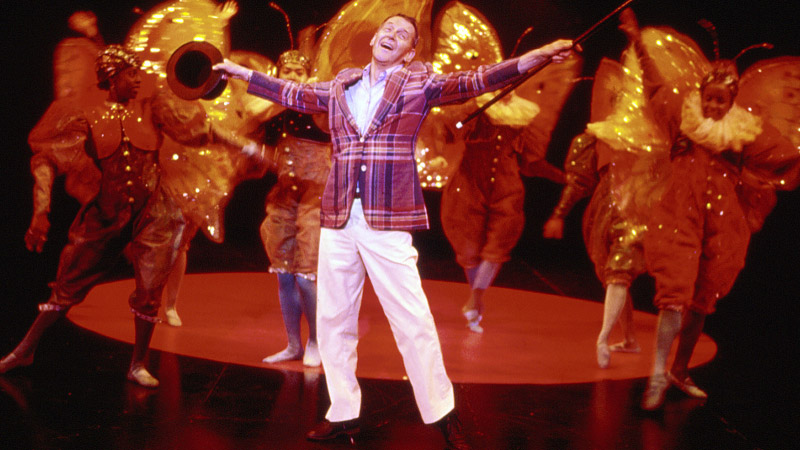 PRG: Broadway played a key role in your career, can you tell us about that?
DURFEE: After my first show, I quickly learned that Broadway was a small circle, and I was fortunate enough to get into that circle. That’s where I met Jere Harris. He wasn’t the Chairman and CEO of PRG yet but he was the founder of Harris Production Services, which was the industry’s most highly regarded production equipment company. I was working in Jere’s office the day he got the contract for “Phantom of the Opera.” We worked together on that show and on that success, we brought a number of shows from England to the U.S., including “Me and My Girl”, “The Merchant of Venice” and several others. When we saw the digital control systems of these shows, especially the joy stick controls of the helicopter scene from “Miss Saigon,” we knew that the production business was about to change in a very big way. Jere realized that all these individual things on a stage didn’t need to work on their own, that there could be one centralized control system, with perfect timing, and without having to hope that multiple equipment operators could perform in perfect unison. We worked on several projects together in those early days and we still do to this day. 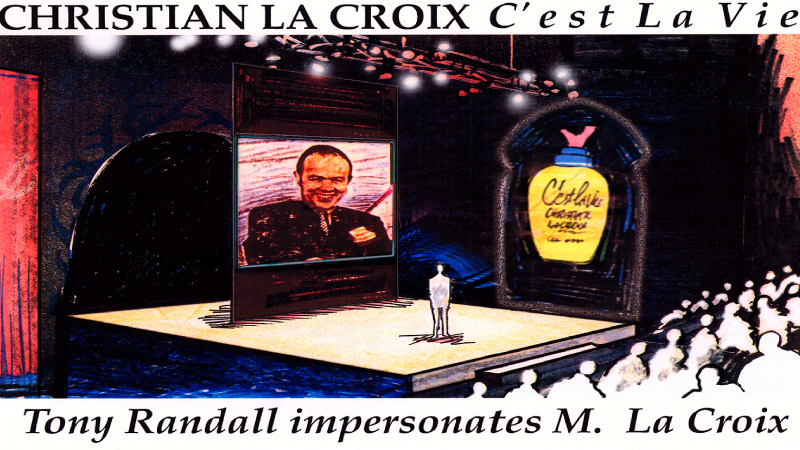 PRG: Can you tell us about DMD Group West?
DURFEE: I opened my own shop when I was in New York. We had some tremendous successes. In 2000, I opened a second studio, DMD West, in the San Francisco Bay to capitalize on the needs of the technology industry. That’s when we really started to get engaged in corporate shows. 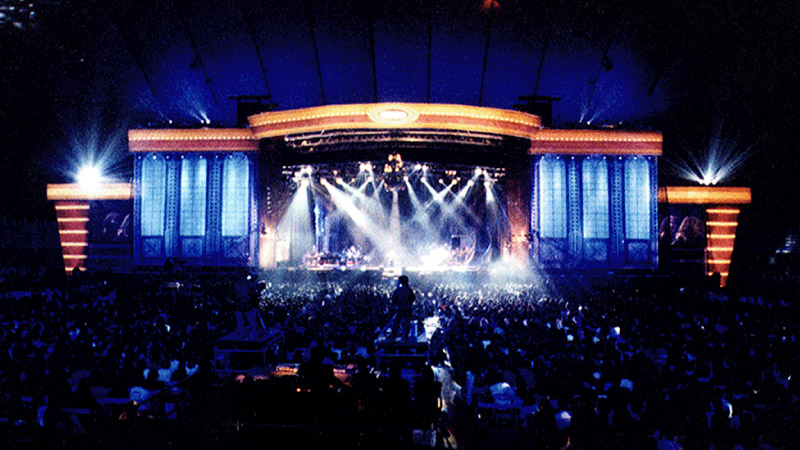 PRG: Did PRG make a big difference for you in your career?
DURFEE: The moment for me was in the early days when I realized that Jere really had a vision for a sustainable enterprise, from equipment to crew to technology. Instead of ‘make-or-break for-this-production’ thinking, Jere looked to grow an all-services company. It was a big differentiator and I realized that we could grow significantly by having a long-standing professional relationship and personal friendship with Jere and his team.

PRG: Are there any technologies or equipment that allows you to differentiate your work from others?
DURFEE: If you go back a-ways, the PRG Stage Command System really took off. We first used it primarily for driving winches in the decks. I learned about how to move scenes on and off the stage without tracks for actors to trip on, which made everyone very happy (he chuckled). OverDrive® is also really good. We did a 3D Dome for the Marvel Tour using it, and the effect was incredible. If you think about the changes in the business, from the origins of a backdrop painted on canvas, to a mathematical CAD projected model, to robotics, carbon fiber that makes ultra-light frames for shows like “Spider-Man: Turn Off the Dark,” you can see the improvements. That is the type of technology evolution that has really reinvented our business. 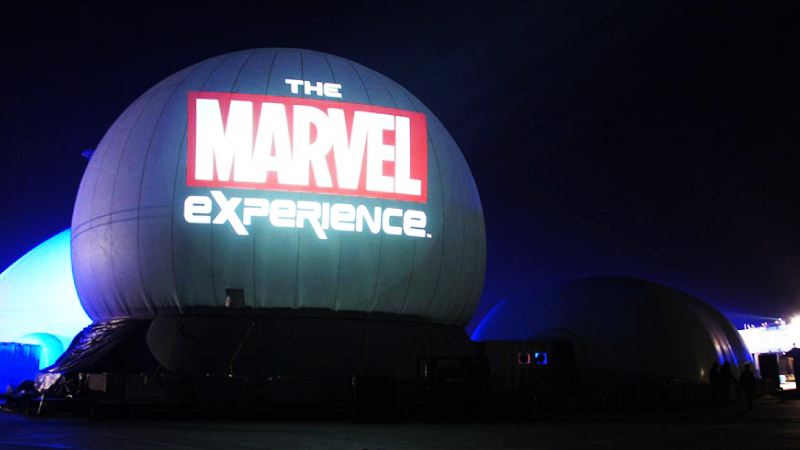 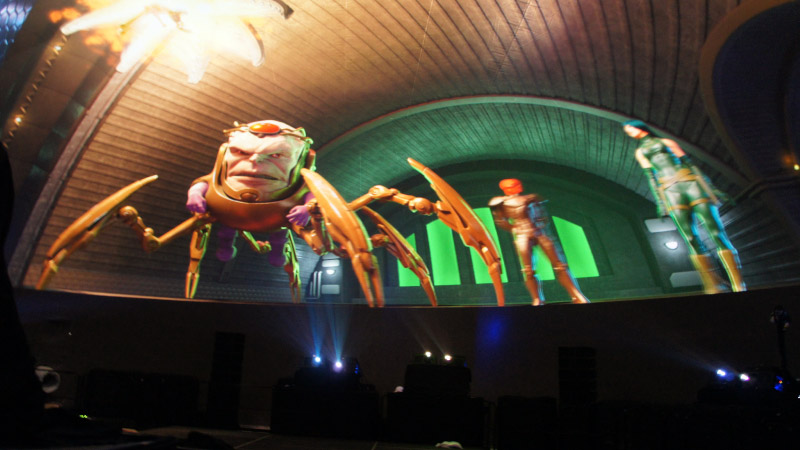 PRG: What’s next for business development in stage show production?
DURFEE: I think we’re in a really interesting place right now. When you spend money to produce a play, an opera or a musical, everything works together. The physical environment, the crew, the technology, the audience. It’s really very exciting, but until recently it has been ephemeral. Now producers realize there’s ROI in recording the live event. I would not be surprised, if, in the not too distant future, we will be able to capture the experience from the best seat in the house in a Virtual Reality experience and share that anywhere. That would be truly incredible.

PRG: What’s next for you?
DURFEE: I’ve been lucky that the PRG special projects group has called me in on a number of the most interesting projects, like the 3D Dome in Saudi, among others. I hope there will be more of that. We are bringing theme park entertainment into Urban Areas, which is the first of its kind. There always seems to be something else on the horizon, and I realize there are a lot of really smart, creative people in line to take my place. I do very much enjoy seeing these developments evolve to newer, better and safer production environment than ever before.