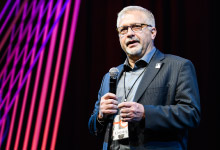 “With just three weeks left before the first show of the new tour, I called Bobby Allen at PRG, and said, “Man I got nothing, I need some help,” and Bobby and his team at PRG really pulled through, big time.”


Jim Digby is the CEO of Collaborative Endeavor Group (CEG), which provides international touring strategies and production solutions for the live entertainment and event industry. He has served as director of touring and production for Linkin Park since 2002 and has worked with a long list of artists including Bon Jovi, the Backstreet Boys and Marilyn Manson. Jim is the founder and Chairman of the Event Safety Alliance, a treatise to help industry professionals develop safe workplace practices and change the culture of safety in the live event space. In addition, Jim is a board member of the Behind the Scenes Foundation, which provides entertainment technology professionals who are seriously ill or injured with grants that may be used for basic living and medical expenses. 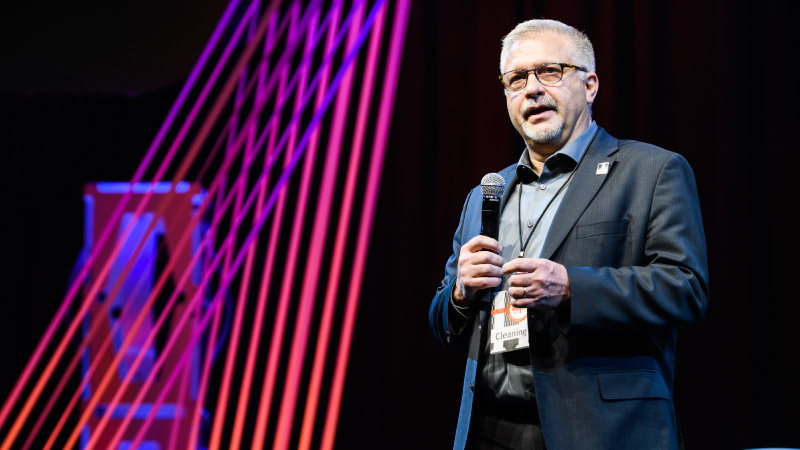 PRG: What inspired you to get into the live performance production business?

DIGBY: I was one of those kids lucky enough to find his niche at nine years old, my fifth-grade teacher made me the Master of Ceremonies and technician for the May Day parade and I was hooked. Thankfully the school district I grew up in had an elaborate and advanced theater and television program, and while I was a mediocre student as soon my feet hit the stage I was home.

PRG: Did you study production after high school?

DIGBY: I tried college but I was uninspired by academia, I wanted to work in the theatrical trades. When college and I didn’t fit I decided that trade school was a better option, electronic trade school - which I loved and excelled in. After that, I got a job at a massive dinner theater - nightclub complex outside of Philadelphia as a technician and special effects operator, this was the beginning of my professional path.

PRG: How did your career in production progress after that?

DIGBY: My career progressed working at various performance venues including a brief two year deployment at Disney World as a laser and pyro technician. My roommate had gotten an offer to do a museum type tour which I piggy-backed on and met the production manager for Genesis and Phil Collins. Shortly after the end of that tour he asked if I would be a part of the Genesis tour without a well-defined role. I almost drowned. I was in over my head but an experienced stage manager stepped in, alongside of a bunch of other great guys, who kept me from drowning. That camaraderie reinforced my love for this business. My journey shortly after included an opportunity to live and work in Japan for a while, more stints with Phil Collins, a tour with Hootie and the Blowfish, Bon Jovi, Marilyn Manson, the 1999 Woodstock Festival. For a period, it seemed like I was working every show that in some way had a riot associated with it! At one point, I was working with both Marilyn Manson and the Bolshoi Ballet, bouncing back and forth between them created a real test of mental stability. I crossed paths casually with the band members of Linkin Park in 2001 prior to 9/11 and when they came back together to launch the first Projekt Revolution Festival Tour in 2002 and with great thanks to another production manager, our time together began. I have been with them since that time.

PRG: Can you describe the design and production process for a Linkin Park tour?

DIGBY: Historically, Linkin Park has a video content-heavy show, and that content, which is custom made by one of the band members, was one of the really unique parts of the band’s tour performances. The most recent tour in support of the album “One More Light,” the band consciously and purposefully decided to not use video at all. As the title of the album suggests “One More Light” was a show built around an extremely well choreographed lighting performance. Initially we engaged a design firm that we had hoped would evolve into an interesting collaboration for Linkin Park, unfortunately it didn’t work out as hoped, leaving us with nothing just three weeks before tour. With nothing more than a Hail-Mary I called Bobby Allen at PRG, and said, “Man I got nothing, I need help,” Bobby and the team at PRG truly responded and accepted the challenge, big time.

I’m a huge proponent of finding strong, talented, independent women to balance the male ego and emotion on the road, I suggested to Bobby if given a choice I would prefer someone that fits this description. Bobby recommended Céline Royer. She has this incredibly strong work ethic, massively creative, and one of the fastest programmers I have every worked with. Initially we endured a friendly-combative relationship as we developed ideas for the tour [Digby chuckles] it became evident from the beginning she didn’t need micromanaging, she had what it would take and she simply nailed it.

In just three weeks, she captured a show that used an incredible representative of the bands wishes and managed to remain cost efficient utilizing an array of PRG equipment and services. As a result of this early win, the band decided to give lighting an even more significant focus for the European tour. It was an impressive result, evoking incredible emotion and was massively successful as far as the principals were concerned. 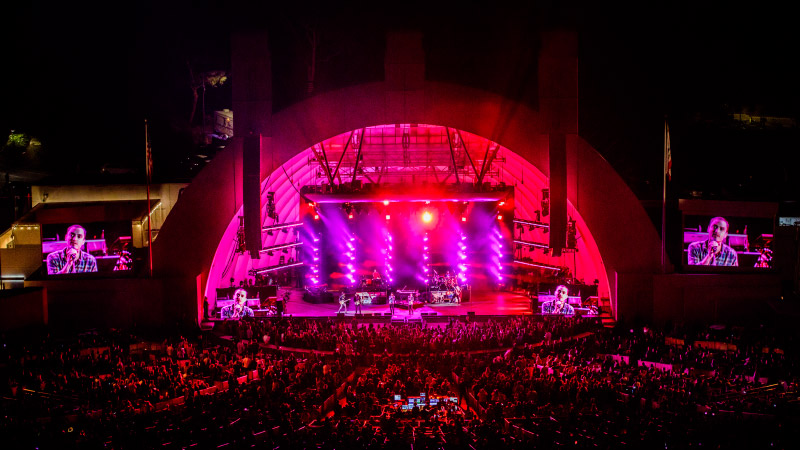 PRG: Was there a particular moment during the show that stood out or really moved you?

DIGBY: There wasn’t a singular ah-ha moment. Céline had a direction to be as operatic, use traditional theater tactics to create emotion wherever possible. Use one light for a moment and have it be as impactful as 50 - that’s the kind of thing we’re looking for. I remember at one point during the Europe tour, Chester Bennington (the lead singer of Linkin Park who recently passed) told her “you’re the star of this show,” and from that moment on Céline worked at an even more unstoppable pace, which none of us thought was possible. The show was really her vision and the combination of her talents and capabilities of PRG made everything spectacular. If it wasn’t for Céline and Bobby pulling together an incredible team, the tour would have looked very, very different and not nearly the incredible spectacle that it became. 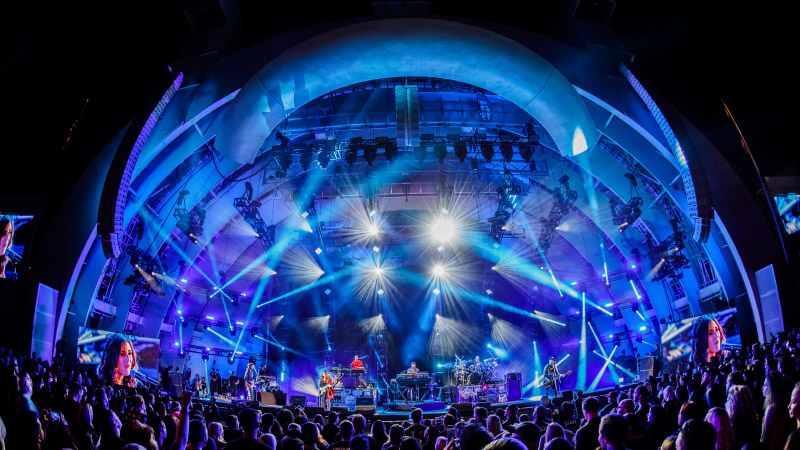 PRG: Linkin Park is one of the most successful touring bands in the world. What’s it like working with them?

DIGBY: The band members have high expectations for sure, not unexpected in my role, demanding is a part of the job. Additionally, the band members have a strong family ethos that carries through the entire touring entourage. When Chester broke his ankle, and couldn’t perform the rest of the tour, the band made sure everyone was whole. That’s a huge statement to the band and its commitment to the human condition.

DIGBY: PRG is really similar to Linkin Park. They’re not like some production organizations where the band comes first and everyone else is disposable. When you work with PRG, whether you’re the client or a team member, everyone gets a huge warm and fuzzy welcome, they go out of way to be accommodating with an eye for the details. PRG works hard to get the human condition right, so everything just seems to flow in a positive manner. In my experience, I don’t know them to crack under pressure. There’s a culture of productive, friendly leadership and great things happen as a result. 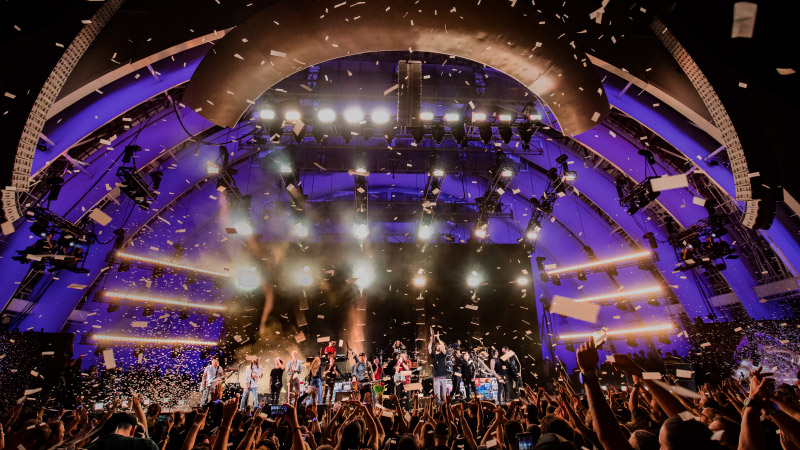 On October 27, 2017 at the Hollywood Bowl, Jim worked with PRG at the Linkin Park and Friends Celebrate Life In Honor of Chester Bennington memorial concert to honor the band’s late lead singer, Chester Bennington. The band was joined by 34 other artists and bands, including Blink-182, A Day To Remember, Avenged Sevenfold and members of Sum 41 and System Of A Down. The concert was an emotive journey, both sad and joyful in remembrance one of the music industry’s top vocal talents, simultaneously raising awareness for depression and suicide prevention through the One More Light Fund, an off-shoot of Linkin Park’s charitable Music For Relief organization. 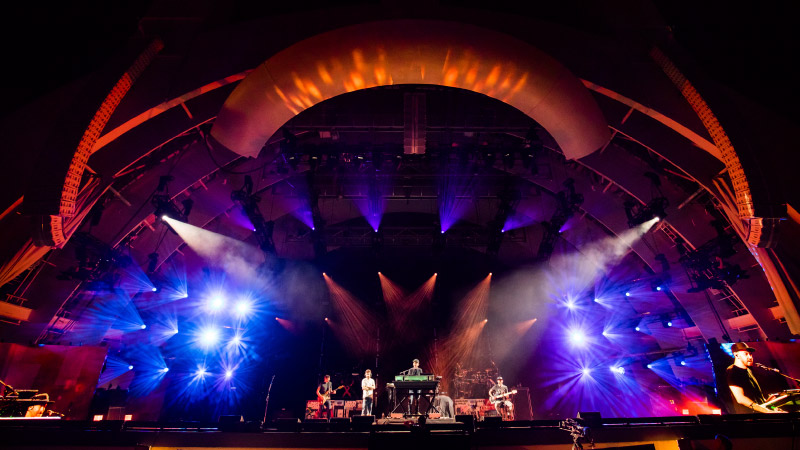 Jim Digby continues to advocate for safety in live events as the founder and chairman of the Event Safety Alliance. The Event Safety Alliance® (ESA) - http://eventsafetyalliance.org - is dedicated to promoting “life safety first” throughout all phases of event production and execution. The organization strives to eliminate the knowledge barrier that often contributes to unsafe conditions and behaviors through the promotion and teaching of good practices and the development of training and planning resources.