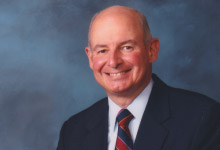 "A little more than a year ago, we combined PRG and VER and became a billion-dollar global business. With that, the demands placed on our financial department have increased enormously in both complexity and sheer volume," said Jere Harris, Chairman and CEO of PRG. "I believe Chris' credentials at leading global companies and his tested business acumen will strengthen PRG and help position us for future growth."

Corrini brings deep experience with multi-national companies that have extensive networks of locations, which is a major asset to PRG. His corporate resume includes a 10-year tenure as Chief Financial Officer at Brink's as well as the publicly traded Brink's Group, which included Brink's and Brink's Home Security. Following that, he was CFO at Edison Learning, where he was vital to a successful turnaround. Other experience includes senior financial roles at ITT Corporation, Akzo Nobel, Chiquita Brands and Ernst & Young. Corrini graduated from the University of Notre Dame, magna cum laude, and received an MBA from The Wharton School of the University of Pennsylvania. He is a Certified Public Accountant.

Corrini added, "PRG is outstanding at what it does and is uniquely positioned for growth as the technology leader in the rapidly expanding entertainment and experiential markets. I look forward to working with PRG's first-rate team and the investment community to realize the many opportunities ahead."

Within PRG's new financial leadership team, Joe Cirillo is taking on a central role of Senior Vice President, Finance, reporting to Corrini. Since Cirillo joined PRG in August 2016, he has worked with PRG's leadership team on the company's financial operations, as well as the VER acquisition, which was completed in August 2018.

Additionally, Dan Mollicone will round out the team as Vice President of Financial Planning and Analysis with global responsibility. Mollicone will play an essential role in providing information that will guide decision-making and strategy for both corporate leadership and market groups. Mollicone has been with PRG for 10 years, most recently as Director of Finance, EMEA. A search is underway to fill his current role.