Music festivals are happening year-round, worldwide. There are now more than 800 every year in the United States alone. While fall and winter months see a steady sprinkle of fests, April through August are still the prime months for Americans to experience a different, large-scale event every weekend.

As peak festival season winds down, we took a look back at the iconic, annual kickoff event for the west coast – Coachella. PRG provided lighting and video for Coachella’s massive main stage, lighting for the nonstop party in the Yuma tent, and various disciplines for 15 different artists for both weekends of the famed music festival in Indio, CA this April. 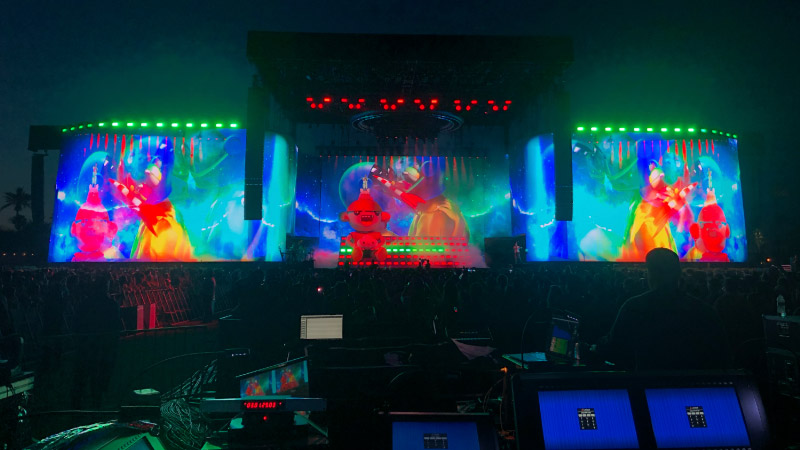 The impressive Coachella main stage video walls were made of 590 LED tiles and could be seen in beautiful clarity from all the way across the Empire Polo Fields. PRG’s proprietary SpaceFrame was used to save truck space and reduce the need for additional wind bracing. 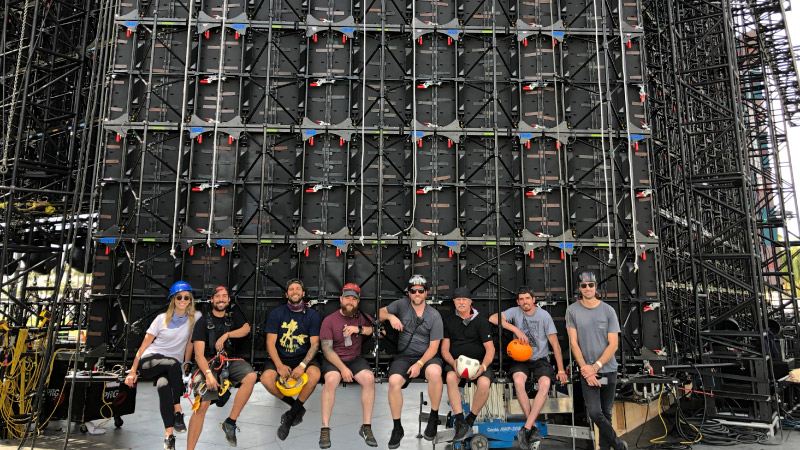 With desert winds reaching 30 mph during the festival, the SpaceFrame advantages were definitely felt. Carbon fiber fabrication and built-in wind bracing reduced the overall weight of the walls, increasing safety. The compact, lightweight design of the frame offers an estimated 30 percent reduction of installation and dismantle time.

Inside the PRG video truck that sat behind the Coachella stage, multiple stations for pre-vis were set up for programming. This area also housed the powerful D3 media servers and served as a haven from the harsh desert conditions and a temporary home base for the video crew.

“The 3D interface helped us to preprogram the screens for Coachella content, while D3 made it possible for artists to preprogram their shows, come with it on a hard drive and use PRG systems to playback without needing to make large changes or reprogram,” explains Anthony Vasquez, who handled PRG Screens Control & Media Servers for Coachella. “Our systems allowed for artists to be located at FOH, on-stage, or use the house system for seamless playback across all screens.” 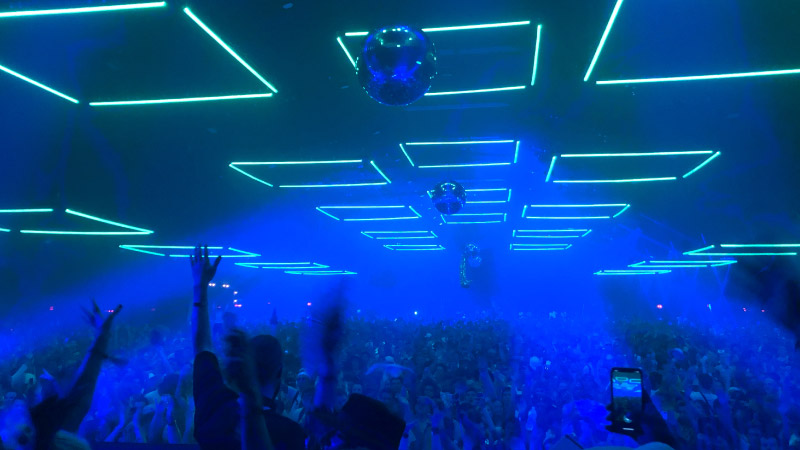 For the first time, PRG provided the lighting for Coachella’s techno escape from the desert heat, the Yuma tent. The Yuma tent was added to the festival in 2013 and has gained popularity and production value ever since. This year, lighting designer Steve Lieberman significantly upped the counts of Robe Pointe’s and Spiiders, adding about twice as many rows of beamy lights into the symmetrical grid of the tent’s ceiling, which lends itself well to chase patterns, AB patterns and room shifts. Another addition to 2019’s Yuma tent were 25 Sceptron squares that lined the ceiling, creating a grid of light that was triggered on a MA Lighting grandMA2 console. Forty Elation Protron 3Ks created washes of color, while also offering strobes, macros and pixel functions for added variety. 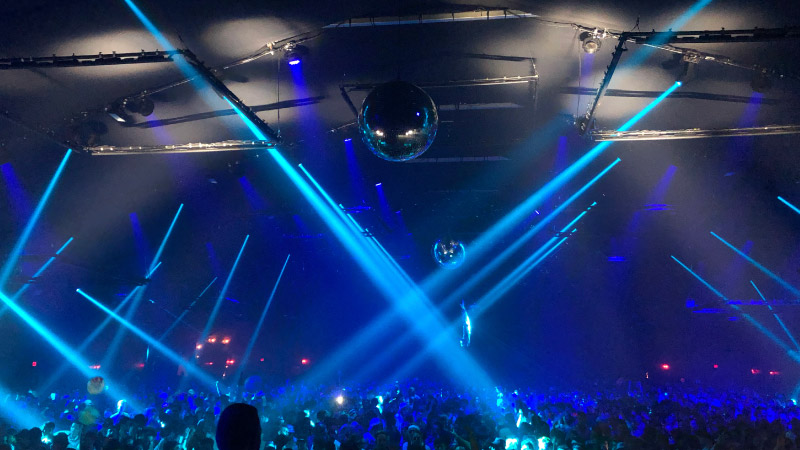 The center divider of the triangular tent featured a line of four 3’ mirror balls with the iconic Yuma symbol, the disco shark, serving as the room’s centerpiece. LA locals and international clubbers may recognize the disco ball shark from Hollywood’s Sound Nightclub - and that’s because Sound’s owner, Kobi Danan, is also behind the curation of the Yuma tent.

PRG provided projection, rigging, and video services for Ariana Grande’s closing set on the Coachella stage. As the video provider for her current Sweetener World Tour, PRG helped replicate LeRoy Bennett’s touring design for the festival, which featured a 28’ diameter inflatable sphere and six 30K projectors at front of house. The superstar’s set was at its most stunning during ‘NASA’, in which the stage seemed to zoom into hyperspace with galactic content and the sphere transformed into a giant moon, mimicking the full moon that hung above in the sky on Weekend 2. This account is handled by PRG Account Executives Nick Jackson and John Wiseman.

The brooding French producer’s team came to PRG with their concept for his tour and festival appearance. This resulted in a 40-foot-high scenic build of an automated monolith structure. Coated in the darkest substance known to man, Vantablack, on the concave side to create the illusion of infinite depth and blackness, it essentially simulated a black hole on stage.

The structure opened to reveal an automated LED wall, which in turn revealed a blinder light wall hiding a solid column of hybrid strobes. In a unique multi-depot collaboration PRG provided scenic, rigging, automation, lights and LED for the Outdoor Stage set by way of Jeroen Hallaert, Director of PRG Projects North America.

Seventeen-year-old sensation Billie Eilish had one of the most anticipated sets of the weekend. PRG and VER provided lighting, video and rigging services for her Outdoor Stage set by way of Account Executive Anthony “Looch” Ciampa. With conceptual and vocal maturity far beyond her years, Eilish flitted in between her dreams and nightmares. A bedframe hung in midair at one point, which she performed from. Fitting, as her album was recorded mostly from her guitarist, producer, and brother, Finneas’s tiny bedroom studio.