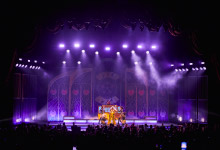 With eight Grammy nods, Lizzo is the most nominated artist for the 2020 awards, and with great recognition comes an extremely busy schedule. PRG was proud to support the artist and her creative team with lighting services for the ‘Cuz I Love You Too’ tour.

Going to a Lizzo show is above all, empowering. The frontwoman delivers her lyrics and interludes like a sexy, hilarious self-help session. With skills that include belting out ballads, rapping, twerking and playing the flute, Lizzo has mastered many modes of expression. Behind the scenes, her creative team and crew work on the best ways to highlight the artist’s diverse skill set. 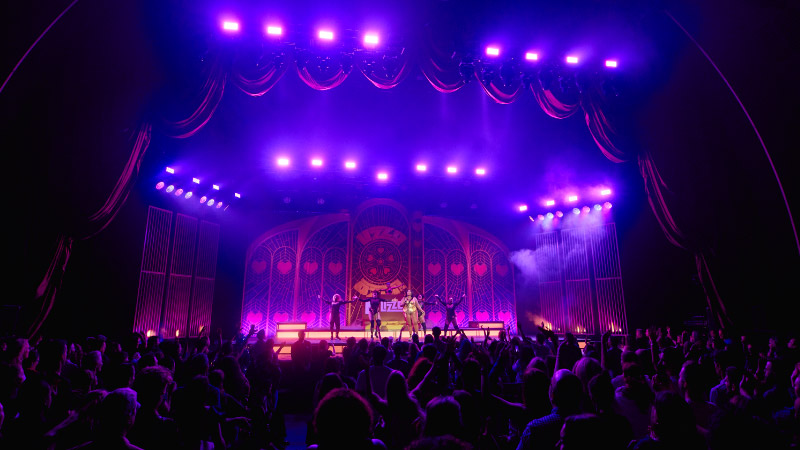 During the opening number of the tour, Lizzo entered the stage in a metallic pulpit robe. The lighting and set elements transported the audience to a cabaret church environment, and Lizzo’s lyrics lifted the audience up with a message of body positivity. Self-love became a religious experience.

“Everything we worked for during the day comes together in the intro of the show,” says Lighting Director Danielle Edwards. “The way the music builds and the anticipation make it worthwhile right off the bat.” Edwards joined the tight-knit Lizzo team in May of this year, and has enjoyed working alongside the artist, and her largely female-led production team, as she’s risen to superstar status.

Fitting that Lizzo, who embodies femme empowerment, would have a team of talented women working behind the scenes also. And according to the creative team, Lizzo herself was closely involved in the overall design of the show. 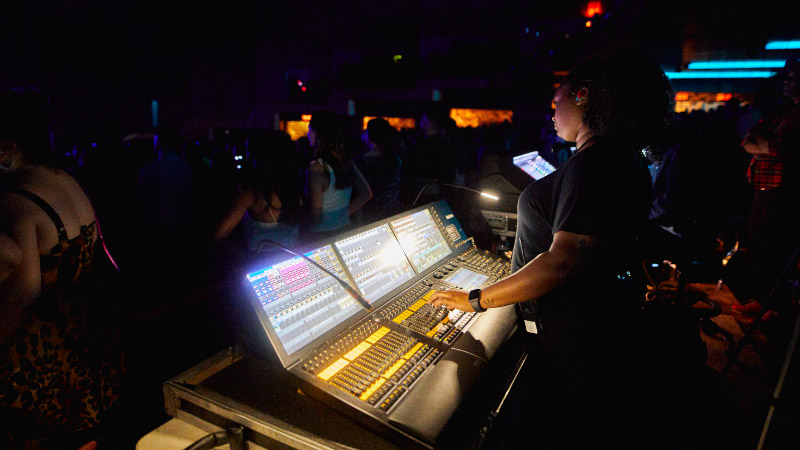 “Quinn works with her on a daily basis. It was extremely helpful to the team to have immediate feedback about what was working and what needed revision,” explains Lighting Designer Drew Gnagey.

One of the most challenging aspects of the tour for Gnagey was working with the rapidly growing artist because she was so busy. But with the help of collaborators Eric Marchwinski and Kirk Miller at Earlybird Visual, the team was able to turn around drafting and rendering revisions to keep the process rolling.

“It’s an honor to be working with such a rising star who cares so deeply for her audience and fans. I have had the distinct privilege of being able to watch her grow in such a short time frame,” he says. Gnagey also credits Dougherty for creating a smooth rehearsal environment with her precise programming. “She had the unique ability to see the design and the creative vision and turn that into extremely meaningful programming for the show. Megan worked hand-in-hand with Danielle to craft a show that reciprocates the love that Lizzo has for her fans,” says Gnagey. 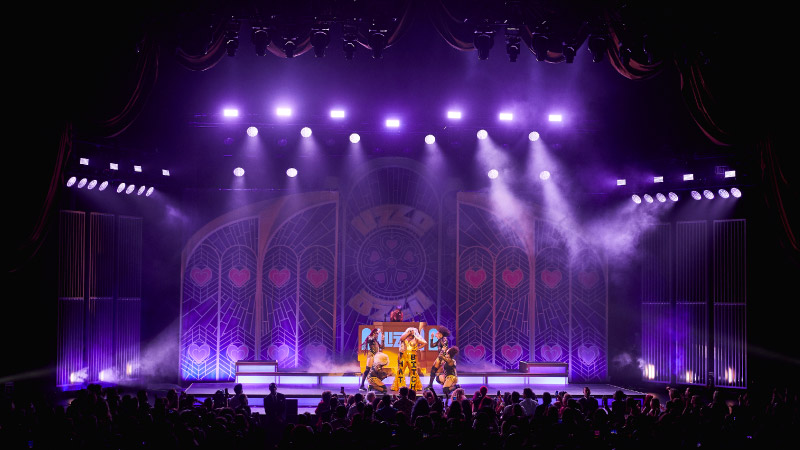 PRG Vice President of Concert Touring Curry Grant was also a huge asset to the process. During the design phase of the project, Gnagey says that Grant was always available to discuss the mechanics of getting the project off the ground. “It was extremely refreshing to be able to work out the details at a quick pace and in an orderly manner,” says Gnagey. “PRG delivered an outstanding lighting package for the ‘Cuz I Love You Too’ Tour that was built to be flexible on a daily basis.”

A great production manager supports the creative through their guidance of gear, labor and logistics to deliver a successful show, and this tour found that in Rob Bright. “Rob was a pleasure to work with,” says Grant. “His experience allowed us to smoothly navigate the inevitable challenges that come with a new artist going out on the road.”