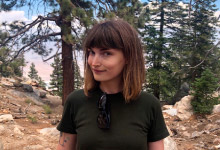 Megan Dougherty is a talented lighting designer and programmer on the rise. Some of her recent work includes Anderson .Paak, Christine and the Queens, METZ, Twin Shadow, The Drums, Puscifer, Jennifer Hudson, Summer Walker and Lizzo’s current tour.

Megan always knew she wanted to tour and moved from Michigan to Chicago as soon as she graduated high school to figure out exactly where she fit into the music industry. She interned and worked in various capacities including live sound and a booking agency, but nothing felt right until she started doing lights at a 500-capacity venue called Lincoln Hall. Once she got behind the lighting desk, she’d found exactly where she wanted to be.

We sat down with Megan for a chat about her career trajectory, advice for women coming up in the music industry and her creative process. 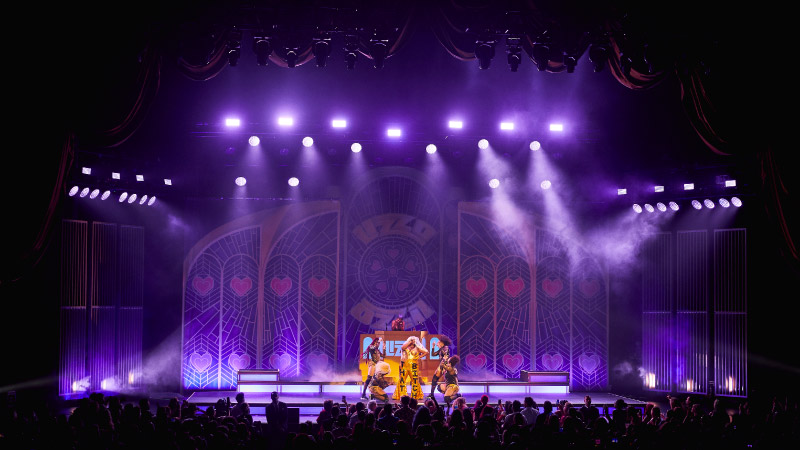 PRG: Hi Megan! So glad I had the chance to catch up with you at the Lizzo show and see your work. That was a blast.

Megan Dougherty: Thanks! It was nice to meet in person.

PRG: Can we kick this off by you telling us a bit about your career trajectory?

MD: While I was interning at Lincoln Hall, I would run lights for the openers on an Avolites Pearl 2000 (the one that looks like a Fisher Price toy with the big spinning wheel in the center). Eventually the venue formally hired me to be the house LD which was my first gig being paid to do lights. After that, things started happening really quickly. Bands I did lights for at Lincoln Hall would in turn hire me to tour with them and I worked my way up from there. I met Sarah Landau at Lincoln Hall while she was on tour as the lighting designer for M83 maybe about six to eight years ago. She was kind enough to trust me to tour with a few of her designs when I was just starting out.

PRG: Taking the time to try different things instead of diving right into a committed career path is something that isn’t encouraged enough in young people. Other than Sarah, have you had any mentors on your way?

MD: Phil Trusky, one of the other house LDs at Lincoln Hall at the time, was a big help. He taught me to actually enjoy climbing, even on the venue's very wobbly scaffolding. More importantly, he was the first to show me that good timing makes a huge difference.

Rob Sinclair has also taught me so much over the years. I really admire his extreme attention to detail and unyielding dedication to visual arts and design. Any advice he is kind enough to share with me I hold in very high regard. 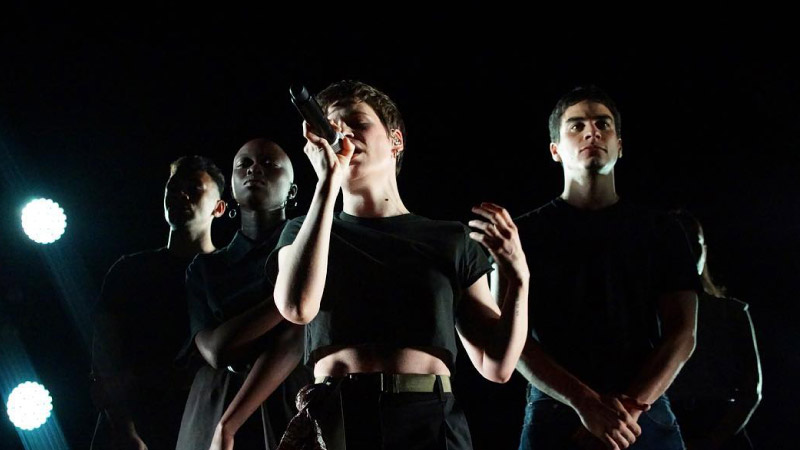 Lighting Design by Megan Dougherty for Christine and the Queens showcases in Los Angeles, NYC and Jimmy Fallon.

PRG: Is there a certain type of artist you prefer to work with in terms of genre, vision, or creative?

MD: Creatively, I prefer working with artists who err on the side of subtly and simplicity, whose music begs for lighting looks that rely heavily on the negative space rather than the light itself. Music with strong dynamics, mood, drama and tension.

PRG: What do you draw inspiration from with your designs?

MD: Obviously, the first thing is the actual music and artist I’m designing for. After that, I pay attention to the lyrics. Understanding the story the artist is telling drives the entire direction of the show and how I approach each song individually.

PRG: Can you tell me a bit about how the creative process played out on the current Lizzo tour?

MD: My involvement with Lizzo started right before production rehearsals began. Drew Gnagey, their lighting designer, put the design together with the support of Earlybird, who then asked me to program the show.

Drew sent me his plots and the deck from Lizzo’s creative director Quinn Wilson. In the deck, Quinn specified a few lighting looks and a loose guide for color usage in the set. Quinn is a treat to work with because she knows what she wants but also left a lot of the creative interpretation to me.

Since we are both very color-centric, that encompassed the majority of our conversations when going over the show looks. We both agreed the show warranted a predominantly warm color palette throughout the set.

The overall aesthetic was gospel / church, which I thought created an interesting juxtaposition at times, considering Lizzo’s strong message of sex positivity. My interpretation was that the church aesthetic represented finding faith and strength within yourself, so I created the necessary bold looks that Lizzo’s music and stage presence demands. 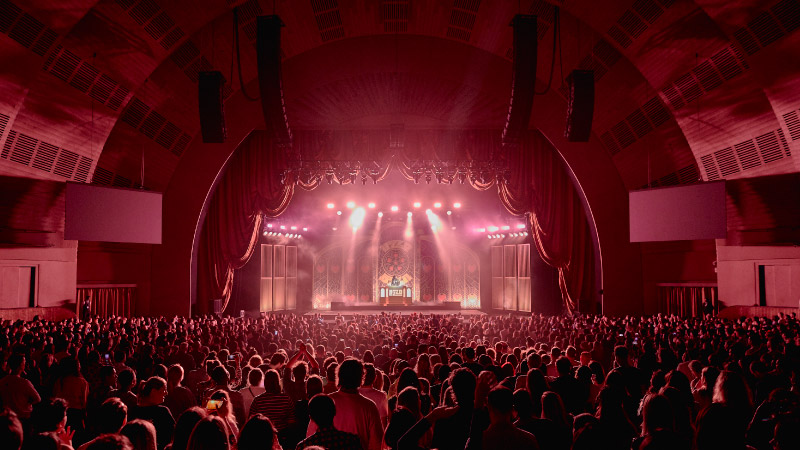 Lizzo’s “Cuz I Love You Too” Tour

PRG: Any advice for young women coming up in the world of technical production?

MD: Ooof... that's hard. I used to kind of gloss over the gender bias issue in the few interviews I’ve done just for the sake of staying positive, but it needs to be addressed and acknowledged. Society's attitude towards women in general has a long way to go, and that is definitely reflected in the sometimes-archaic minded music industry. Personally, I found strength by educating myself on gender biases in the workplace. I recently read "The Feminist Fight Club: A Survival Manual for a Sexist Workplace" it sites so many eye-opening statistics. Studies show that when a woman makes a mistake it’s remembered longer than if a male had made the same mistake. The bottom line and unfortunate truth is that we are still held to a higher standard and we do have to work much harder to prove ourselves.

I've learned not to waste my time on the bad eggs out there. I choose to focus my energy working with teams where all women are treated with respect.

PRG: You seem to have found that in your career. I’ve heard that there are many women working on Lizzo’s current tour.

MD: Compared to other tours I've been involved in there is certainly a higher number of women spanning across all departments. Creative director Quinn Wilson, tour manager Carlina Gugliotta, TM assistant Molly Gordon, lighting director Danielle Edwards, monitor engineer Loreen Bohannon and wardrobe assistant Ruby Anton are all very intelligent and accomplished individuals. I can definitely understand why they're involved with such a talented artist who is doing so well in her career.

PRG: Moving on to the nuts and bolts, what details are often overlooked from a gear perspective?

MD: Selecting the right gear for the design is obviously very important. If chosen incorrectly it can be a huge hindrance to the overall vision. The physical elements of the fixture itself are also a necessary detail to address, like having all the same fixture types color calibrated so you don’t have to go through the hassle of updating the color preset of each fixture individually. They’re easy and boring details to miss by the vendor and techs, but when done right, it’s a big help. 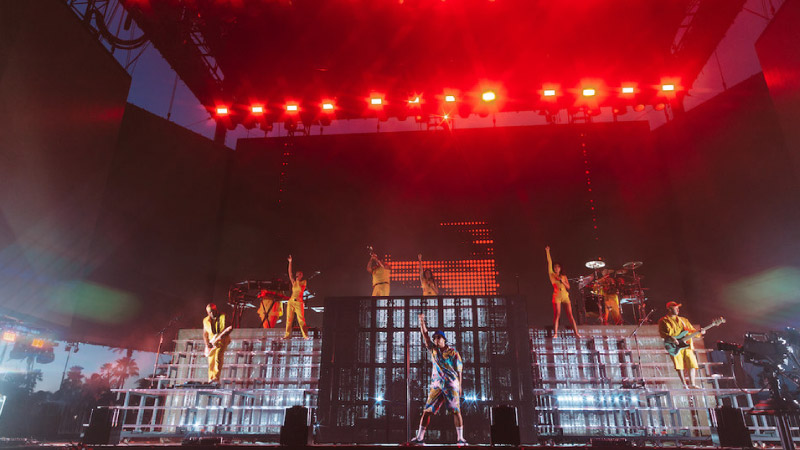 PRG: You’ve worked with PRG and VER on many of your shows including Anderson .Paak, Christine and the Queens, METZ, Twin Shadow, The Drums, Puscifer, Lizzo and Jennifer Hudson. What has kept that relationship strong?

MD: Joe Cassanova is really great and attentive even to the smaller, last minute gear requests so that is a big help. He has a great attitude and a reassuring quality about him. It's nice to know that even the smaller shows I do are still being well looked after.

Joe Beenan has also been very supportive over the years and has a very down to earth quality that I enjoy.

PRG: Great to hear that our people and attention to detail keep you coming back. Thanks for taking the time, Megan. Before we wrap this up, can you tell us what’s next for you?

MD: I am continuing to grow beyond just lighting design, working on more overall show designs, continuing to work with artists I love and respect and hopefully inspire the younger female generation to get involved in production and kick some ass.