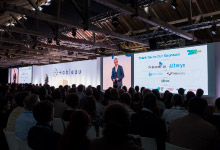 Premium business and analysis software company Tableau has a growing worldwide audience for their software. Supporting this audience, the organization holds conference events for their clients in a variety of locations around the world. Combining product presentations, education sessions, software surgeries, networking, and social events, Tableau Conference On Tour has spanned North America, Asia Pacific, and Europe, with events in Tokyo, London, and Berlin taking place in 2017.

Supporting this program of events, PRG’s Director of Global Accounts, Nick Barton, is Tableau’s key contact for live event technology and services. He has worked with Tableau since early 2015 and has delivered 14 events for them to date.

For the events outside of North America, Nick leverages PRG’s global network, working with account managers in PRG’s locations worldwide to deliver Tableau Conference On Tour providing matched equipment and services across several countries. He travels to each event to oversee the production and ensure that the final delivery of the show meets the expected high standards. 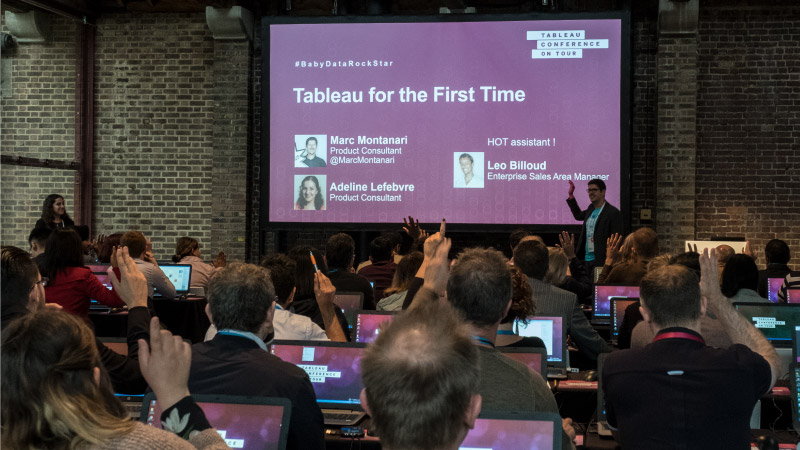 Each of the larger events consists of a plenary keynote room, with smaller breakout rooms and social areas. To deliver their design, Tableau relies on Production Resource Group (PRG), who supply staging, lighting, rigging, and audio-visual technology and services for the events, as well as expert production staff and technicians.

For the most recent conference at London’s Tobacco Dock, Nick worked with UK Account Manager Rich Pow to provide all the show technology requirements locally in the UK.

Tableau aim to keep the design of their events clean and modern, and PRG support this, providing technical drawings and renders in advance, which can be refined to the client’s requirements.

The design for the London show included custom-built stage set and lecterns, and the use of large video screens in the plenary and across the breakout education sessions. Two large high resolution LED screens, used in split screen format, were situated on each side of the presenter. These displayed playback content and IMAG footage from the live camera. The live mix and output to screens was delivered using a Barco e2 screen management system. 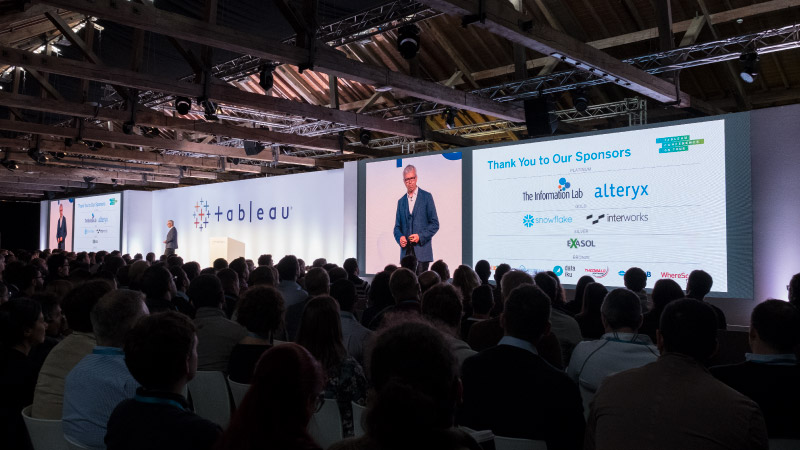 To light the show, PRG utilized a combination of Tobacco Dock’s in-house lighting rig supplemented with a range of their own fixtures, including scenic floor lighting across the main stage. Crew Chief for Lighting was Dana Read, with Nathan Avery overseeing the video elements. Sennheiser radio channels were supplied for the presenters and a combination of wired and wireless Telex comms system was used for the plenary.

Breakout rooms across the site varied from a four-screen wide set-up in the Little Gallery, using Barco projectors and individual screens across the width of the room, to single Panasonic laser projector and screen pairings in the multiple education rooms. 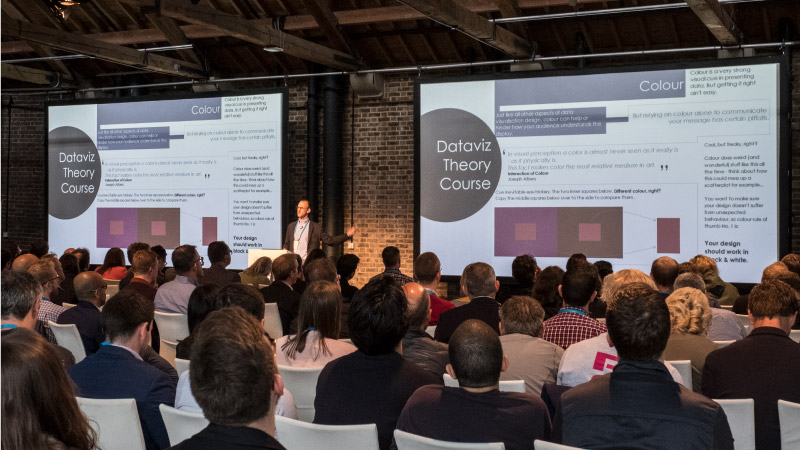 Each breakout room included a custom-built lectern with in-built onstage switching system for presenting from a variety of inputs. Sennheiser radio channels were also supplied in each of the breakouts. Ben Monk oversaw the technical setups for all of the breakout areas.

A ‘surgery’, with Tableau Doctors on hand to help attendees with specific software issues, contained more than 20 workstations, and PRG supplied a pair of matched monitors for each PC. 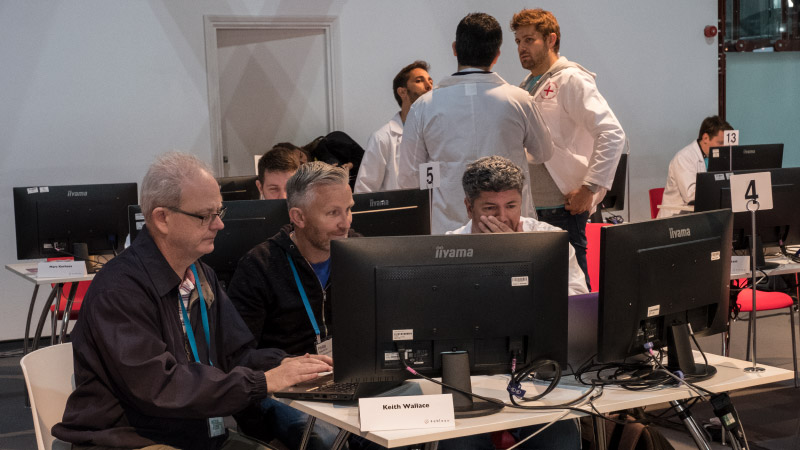 Multiple plasma screens were used around all the Blend and Beats social and networking areas, including a rigged circle of plasmas in a central walk-through area. All of these displayed information, sponsor logos, social media feeds, and were used for relays of the keynote sessions. 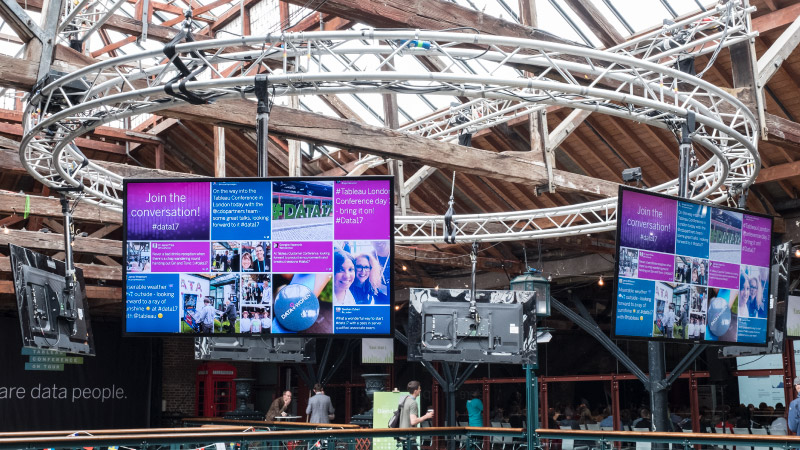 d&b audio speakers were spread across the site ensuring all attendees were fully informed at all times, and between sessions could enjoy some chilled tunes from the Tableau DJ.

To ensure clarity of signal, PRG used an audio fiber system to feed into the plasma circle-truss area, as it was a considerable distance from the plenary.

Tableau’s next event will take place in Berlin later this year, where Nick will work with PRG’s team in Germany to deliver the show.