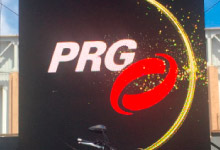 In partnership with Gearhouse Broadcast, PRG’s turnkey solution successfully debuted the advancement of crane/jib technology, SkyTechno, at the annual National Association of Broadcasters (NAB) Show held April 24-27. SkyTechno is a new remote camera crane capable of providing 360-degree sweeping camera moves without ever revealing its base–enabling operators to capture every possible angle up, down, around, over and under; literally from the floor to the ceiling, and from wall to wall with impeccably smooth movement.

A technology unveiling of this magnitude called for a custom outdoor stage design inclusive of truss, roofing, moving lights and high-resolution LED screens. 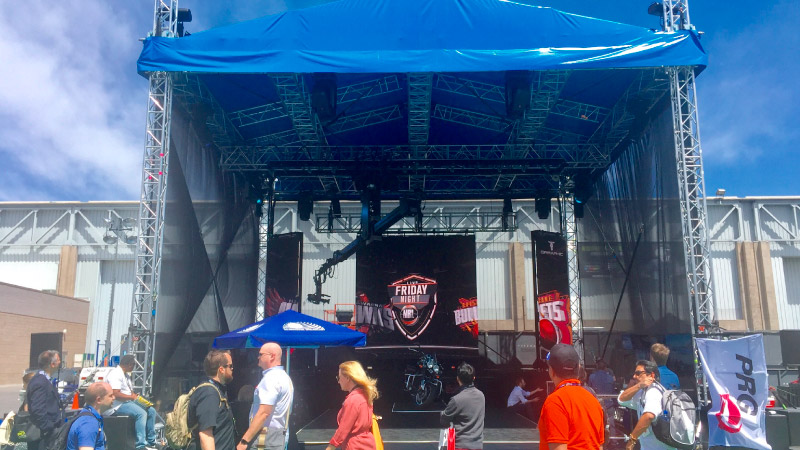 President of PRG Television North America, Brian Edwards, added, “We have seen firsthand the need for SkyTechno. Its powerfully designed and engineered functionality, developed by experts who have years of experience, will be an incredible alternative to many productions. PRG is looking forward to our continued collaboration with the team at Gearhouse.”

With the support of PRG’s truss structure, SkyTechno was suspended above a motorcycle, showcasing its extensive reach and ability to film an object from all axes. Two of PRG’s Best Boy moving lights lit the motorcycle to amplify SkyTechno’s coverage. The lights were controlled in-booth via two of PRG’s innovative and newly patented GroundControl™ Followspot Systems. 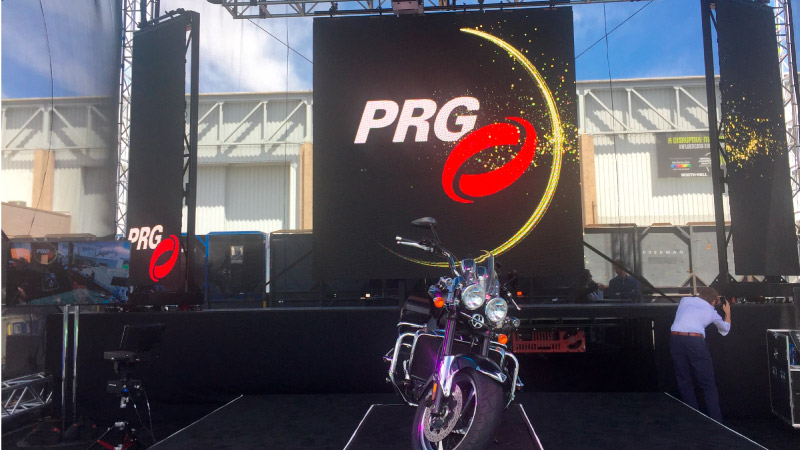 Now that SkyTechno is debuted, AR/VR production can take a step forward. PRG is proud to have been a part of this exhibit, winning SkyTechno a ProductionHUB Award of Excellence, and looks forward to continued collaboration with Gearhouse Broadcast.