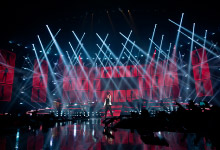 PRG has supported Las Vegas entertainment venues for two decades and in July one of the biggest names to hit the “Strip” called upon the company to provide lighting and video equipment - quickly. Pitbull was scheduled to launched his “Time of Our Lives” residency show at The AXIS at Planet Hollywood Resort and Casino in just three weeks’ time when PRG got the call to provide screens, cameras and media servers to support the initial eight-show run. Due to its large presence in Las Vegas and the ability to provide video and lighting, PRG could handle an expedited timeline. PRG set up a portion of the equipment in its facility and worked through previsualization which made the process easier for Pitbull’s design team.

We spoke with Pitbull’s Lighting and Production Designer, Tom Sutherland, about the show and how PRG helped bring his vision to life for the one and half-hour, high-energy concert.

PRG: What inspired the staging vision for Pitbull’s “Time of our Lives” show in Las Vegas?

TS: We wanted to play on the idea of the night club party scene - it is a high energy show with music all the way through. There is a big curve in the auditorium that means the stage is fully exposed from all angles - I wanted to create an immersive environment that the audience could feel involved in no matter where their seat was. In that way, the design worked to ensure that every seat got a different experience of the show. To help immerse the audience, we had a wraparound video screen broken up in sections with trusses full of a variety of lighting fixtures.

PRG: Tell us about the staging, lighting and video used?

TS: The AXIS is an 85-foot wide stage, the biggest theater stage in Vegas. There is a curved stage ramp outlined with Sceptrons where the dancers mainly are and a lift stage center for Pitbull. The stage gives a wraparound feel as it goes wall to wall and the curve really helps define the space.

I love putting as many elements into a design as I possibly can, I want to always be building and leading into something else. Features for this non-stop party show included strobes, color blocks, 24 lasers, pyrotechnics and lots of lights including, Icon Edge, Best Boys, X4, Sharpies and Spikies - everything was built to follow the 85-foot stage curve. I felt that every element of the design had to have its own moment. Lasers were used in contrast to the lights, video had big moments where the lights pulled back and vice versa. Programming is challenging for a 40-song non-stop concert but we used all the elements to take the audience on a journey throughout the show.

PRG: How did you work with PRG to bring the vision to life?

TS: I design with a range of products in mind both old and new. Once I put my design on paper, I am locked into that vision even though I know it isn't going to necessarily fit the budget. It then comes down to working with PRG to refine the equipment list, tweak and swap fixtures to fit the budget without compromising or stripping back my vision too heavily. This understanding is invaluable.

Having PRG’s presence in Las Vegas was a great help on this production, I was able to work in Pre Viz with my two programmers, Nick Hansen and Craig Caserta, while Todd Erickson [PRG] and his crew prepped the kit next door. This meant I could oversee the build and answer any questions easily before we arrived on site. 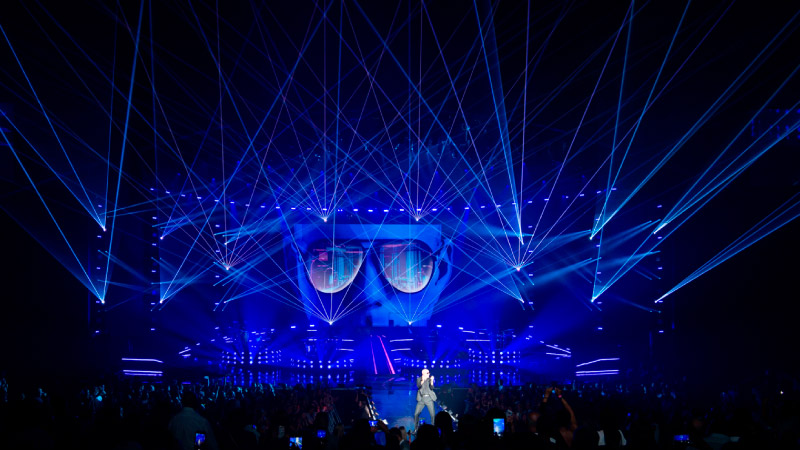 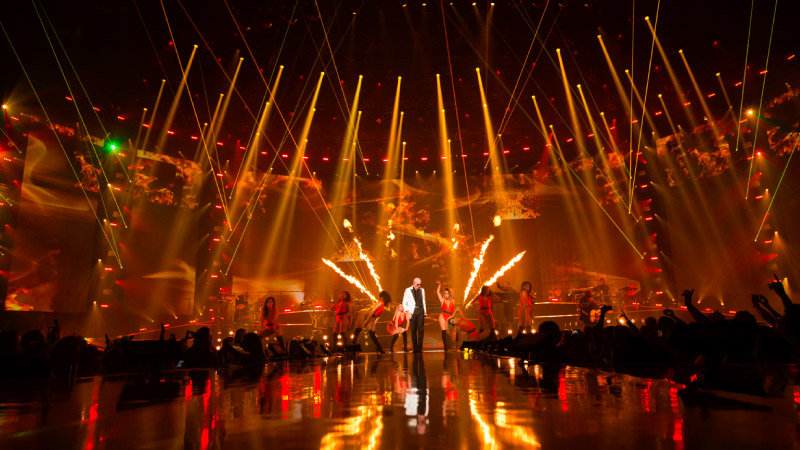 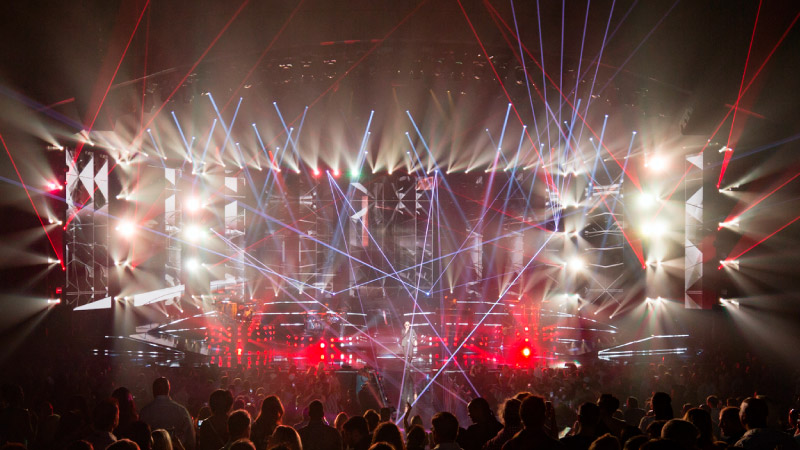 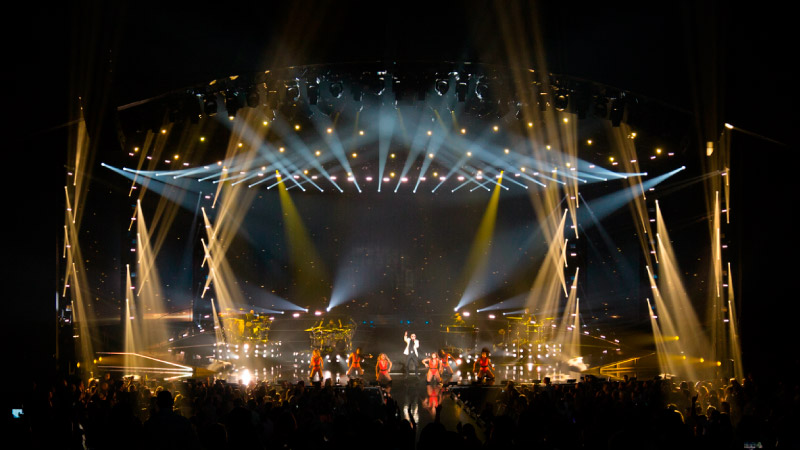 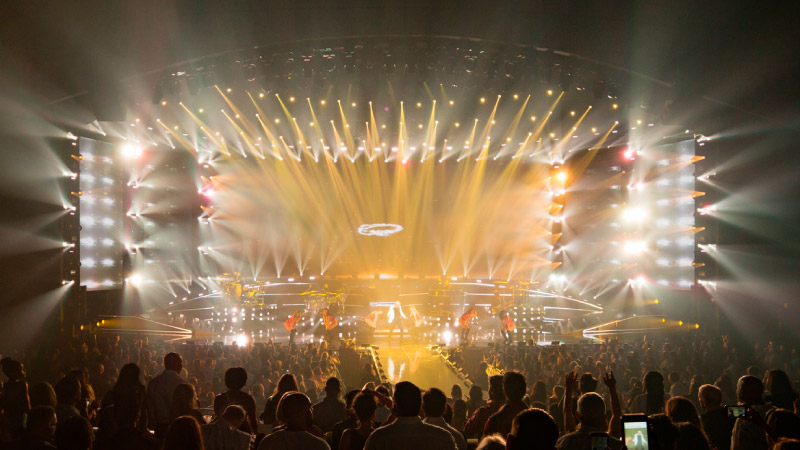 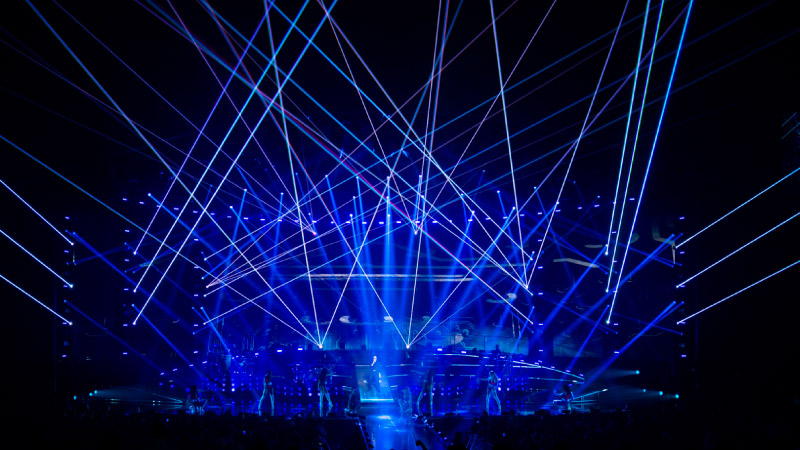 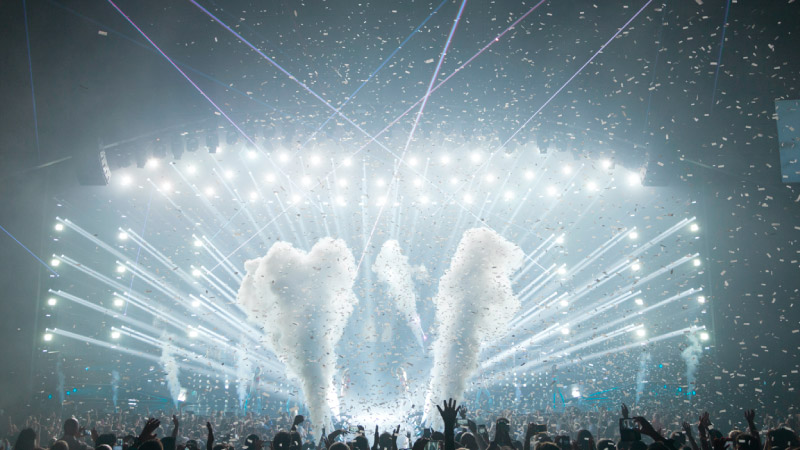 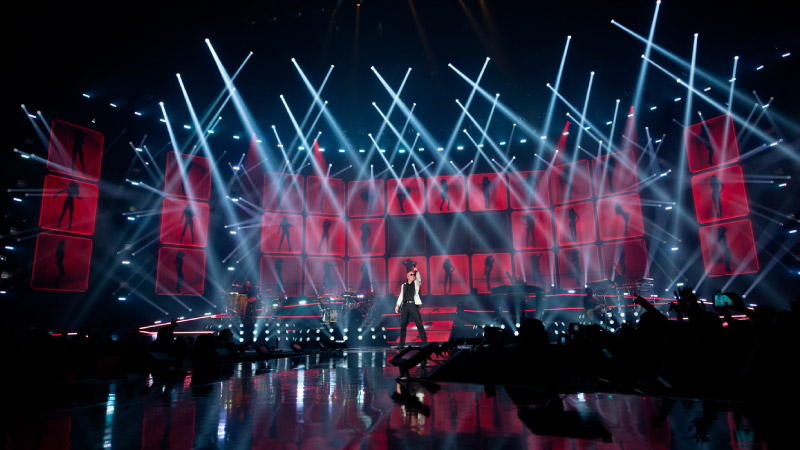