PRG XL Video was on deck as the video provider for popular drum ‘n’ bass group Rudimental’s larger shows on their 2015 tour, which also marks the first tour where the band incorporated video as part of the show. The tour started in March and culminated in a characteristically energetic performance at London’s Alexandra Palace, complete with a vibrant visual design by Jonny Gaskell.

For the Alexandra show, we supplied LED screens and Catalyst media server control, a side projection system plus IMAG cameras and PPU. This video system, including screens and IMAG, also appeared on the band’s festival appearances through the summer including their headline performances on Glastonbury’s Other Stage, at Wildlife and Parklife, Love Box and Boardmasters festivals. Jonny has used PRG XL Video on many previous projects including Richard Ashcroft, Fatboy Slim, Groove Armada, Kasabian, and Orbital.

The fundamental concept of Rudimental’s full design was to make the stage an interactive and theatrical environment with several contrasting visual layers which peeled back as the all-action set developed, revealing more depth and new eye-candy every few songs. The space was defined by several impressive scenic pieces including a large replica of the Hackney Central railway bridge, and a tabbed double-sided back cloth which was in for the first few numbers depicting a Hackney skyline, the band’s home territory. 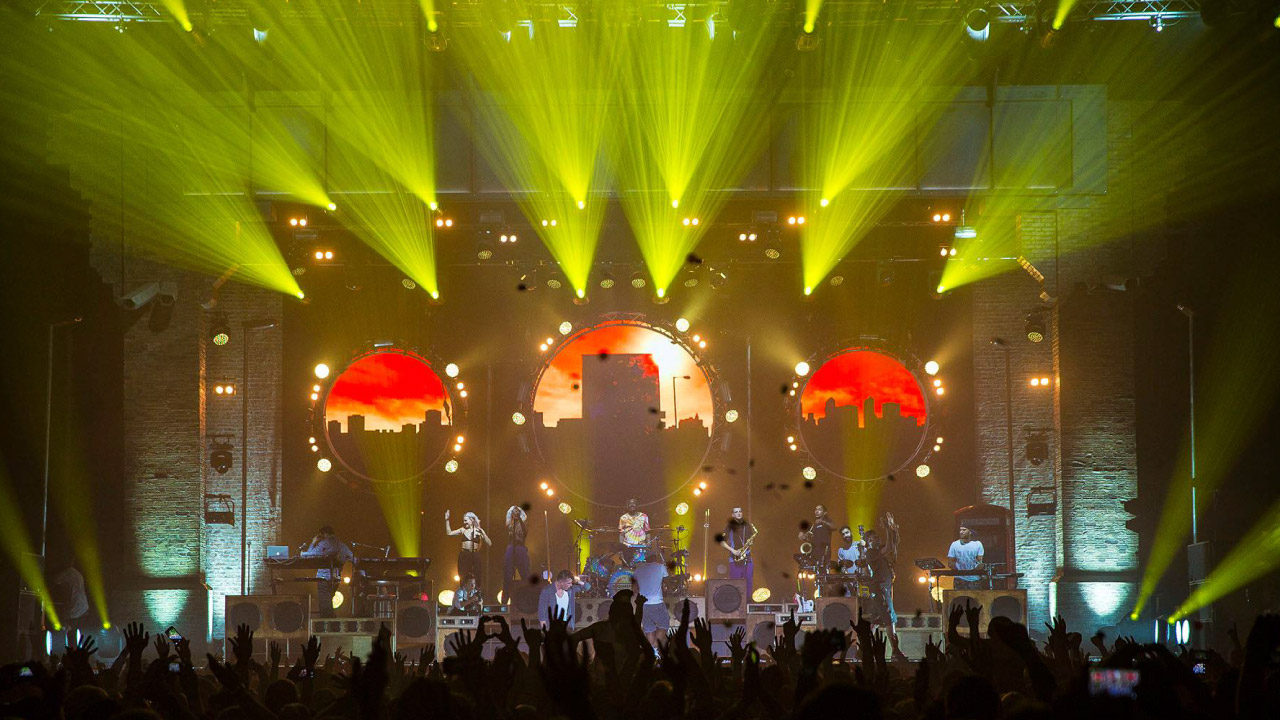 A few numbers into the set, the tabs opened to reveal a huge upstage video screen built from ROE MC-7 LED which was masked in the Catalyst to appear as three circular outputs, each filled into the centers of three circular lighting trusses.

A combination of this and the tour’s playback video, created by Ben Sheppee of lightrhythm visuals, and stored on the Catalyst, was played out to the three circles and to two 21 x 11 ft projected side screens also installed for the London show. Each of the side screens was fed by a doubled-up pair of rear-projecting Barco HDW-W14 projectors.

PRG XL Video asked Phil Woodhead, one of the leading UK video directors, onboard to direct the IMAG for Alexandra Palace, where he opted for one of our large Kayak PPUs.  Working with the band for the first time, Woodward keyed into Rudimental’s vibe and created an edgy camera mix to match the lively collage of urban, street, electro, and international sounds. 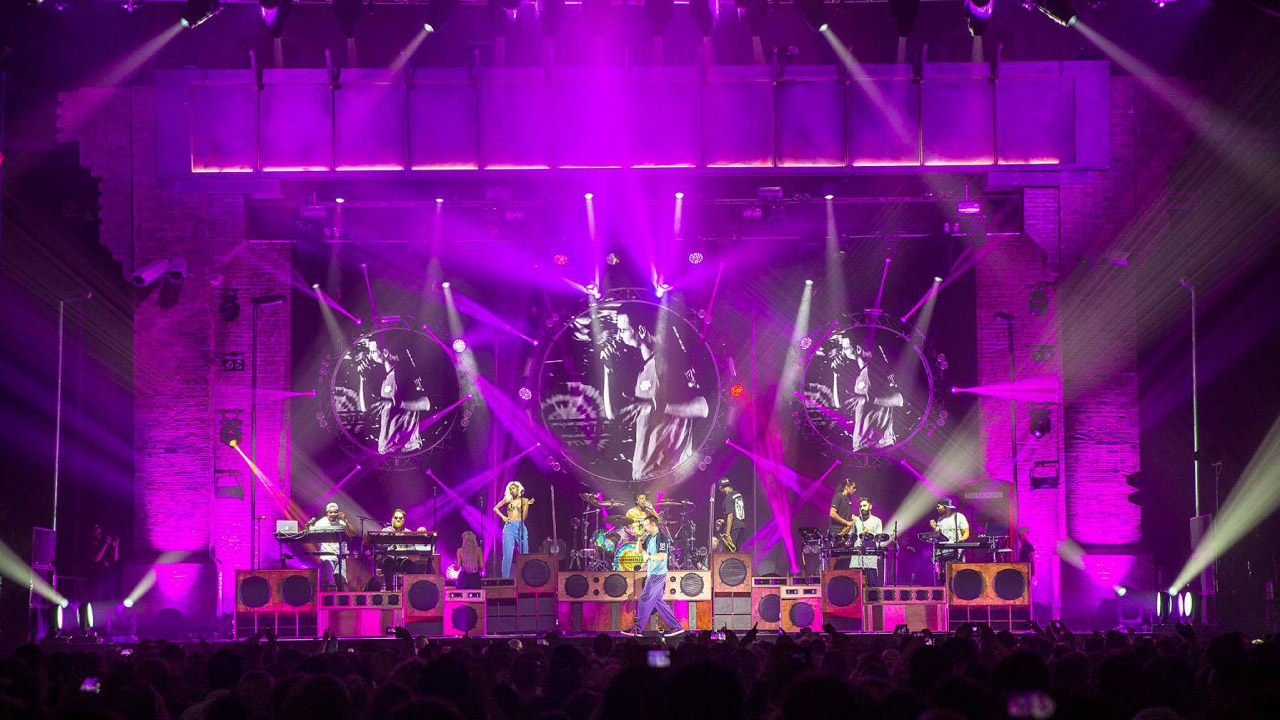 The four HDiye cameras, each with a 2.1 megapixel DSP chip producing full HDI 1920 x 1080p resolution at 60 FPS and 3G HD / SDI output, were positioned along the front of the stage with one behind the drummer, running into the Catalyst and output to screen by programmer/operator Jack Banks. A feed of this mix, running via an ImagePRO scaler, was also sent to Phil’s Kayak for outputting to the side screens.

The two operated cameras were positioned at FOH (with HD86X lens) and hand-held in the pit (with HDI 4 lens) and output directly from Phil’s PPU to the side screens. Jack received a sub-mix of this via the Kayak system for blending onto the LED screens. He commented that when working with PRG XL “The service is always impeccable.” 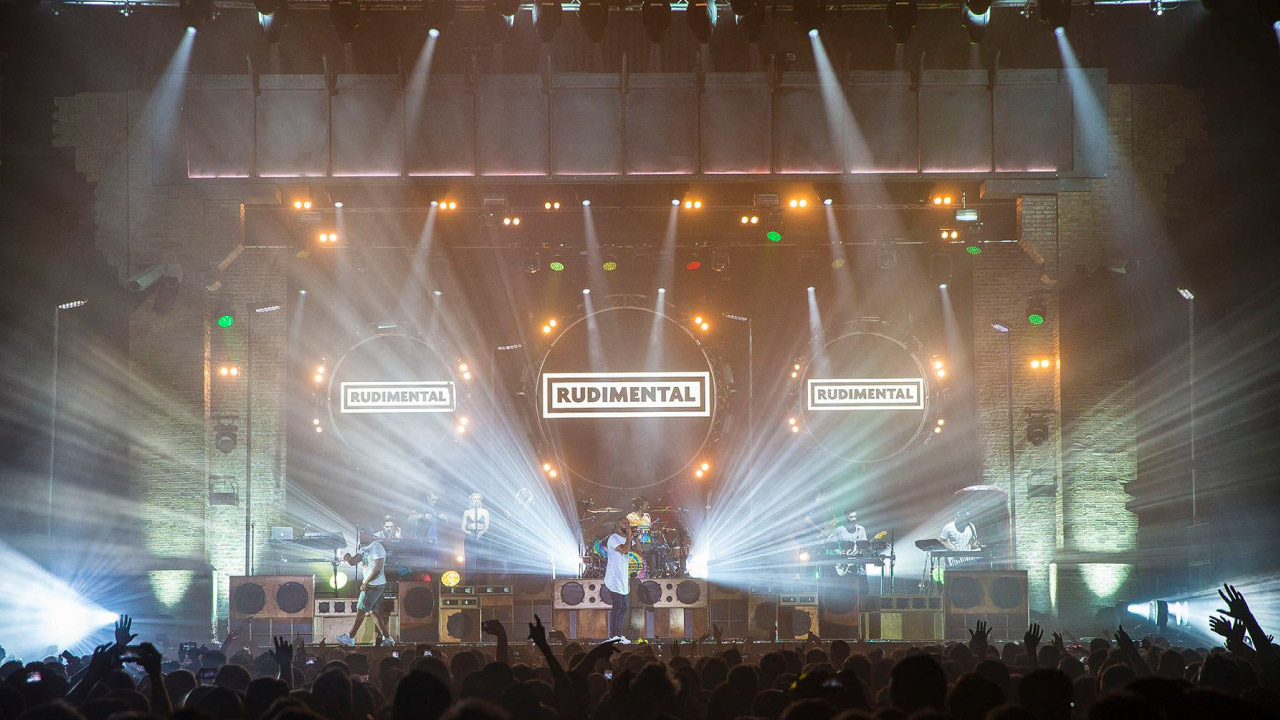 Phil Mercer, PRG XL’s Director Music Group, and Project Manager Nilkanth Patel headed up the video package for all the festival shows as well as the tour. Mercer comments: “It was great working with David Sheppard, Matthew Roberts and Jonny Gaskell on this tour. We’re very happy to work with bands when they start to use video for the first time. Their ideas are often highly creative, and we enjoy helping them to bring those ideas to life.”