It has been a year now since Karen, Kristel and Josje passed the torch to Marthe, Hanne and Klaasje to continue the successful girls-band named K3. The change didn’t affect the popularity of the group. K3 remains the most popular band for little girls and boys in Belgium and the Netherlands. This year’s tour includes more than 60 shows in 11 different venues in the two countries. The show premiered at Flanders Expo in Ghent and we can definitely state: K3 is brimming with confidence, the girls are more than ready to continue on their first tour. Studio 100 asked PRG Belgium to support the show with rigging, lighting, video and sound, just like we did for the previous K3 tours.

The set is built around a video screen of 16 by 7 meters that serves as a backdrop, completed with a proscenium arch made of LED panels to add extra depth to the stage. The backdrop and proscenium both have a 6mm pixel pitch and are supplied by Pixelscreen.

The eye-catcher on stage, the girls not taken into consideration of course, were the stairs, entirely designed by PRG. Christophe Reusen, PRG’s technical drawer, designed 10 steps together with our productional team of which 8 horizontal and 2 tilted steps. The horizontal steps are made of 1.100 Barco Olite tiles with a 9mm pixel pitch. With some adjustments in content due to the difference in pixel pitch, the video content of the stairs completely blends into the content of the backdrop and proscenium. The spectators see one big image with depth which is created by the different video elements. The stairs were entirely produced in our own studio at the warehouse in Tildonk. The video content was designed by Painting With Light and mapped by Pandora Coolly mediaservers.

PRG also provides motion technology for the rigging part of the show. The central video screen can be split into two parts. During the show, the K3 girls travel from one planet to another in a UFO. We designed the vertical and horizontal movements of the UFO based on Wahlberg track runners. This technology, that we also applied during the Marco Mengoni tour in Italy, makes the UFO fly trough the galaxy, created by the LED screens. 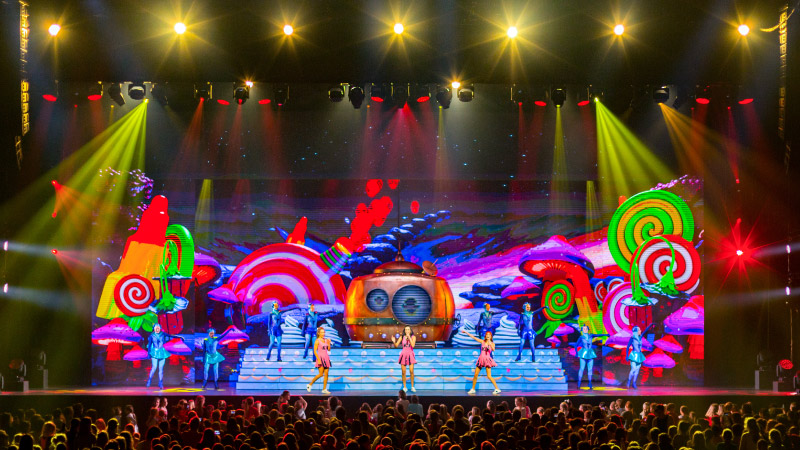 Further, the rigging structure is built around a solid Interal P100 base grid. In most of the venues, the grid can be rigged onto the ceiling. For two venues, we have to build the structure from the ground up with a ground support.

Painting With Light was also in charge of the lighting design, according to which PRG compiled a set of moving lights with Martin Mac Viper Performance, Clay Paky B-Eye K20, GLP Impression X4 and PRG moving lights from the Icon series. The set is completed with the new Chauvet Strike 1 spotlights and 3 Robert Juliat Victor follow spots. All this we control with Grand MA consoles. 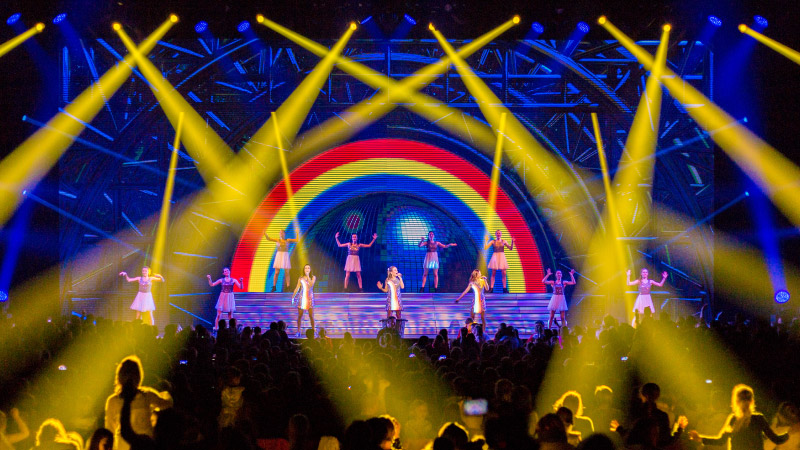 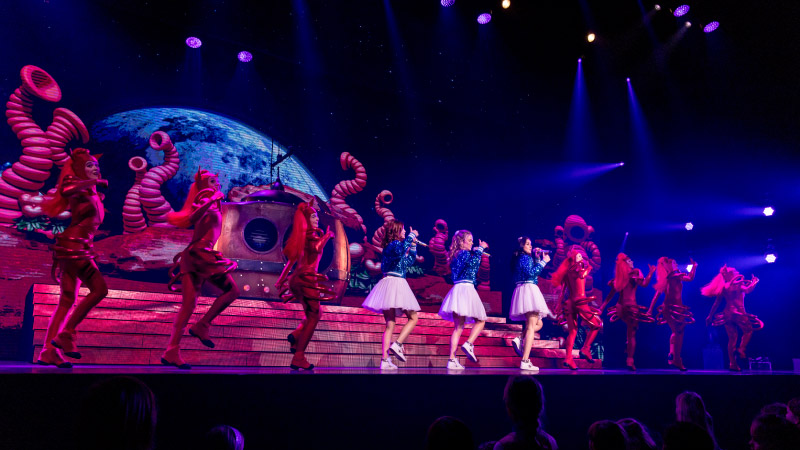 In terms of sound, we are counting on our Adamson speakers to deliver the best result according to the design by FinesSound.

PRG is very grateful for the trust Studio 100 places in our expertise and successful partnership. Our PRG crew is excited to continue the tour. Every year, the atmosphere on tour with K3 is unique and it seems like this tour will also be one to remember!