We also publish articles selected by our means in the media.

Holiday on Ice - The Anniversary Tour

A technical symbiosis of light and video

It is the most visited ice show in the world - Holiday on Ice! This year, the production celebrates its 75th anniversary. "Atlantis" is one of two shows currently touring Germany and France, exciting its audiences with spectacular costumes, great choreography and impressive scenography.

Once again this year, PRG will return to Holiday on Ice’s frozen world and support the show in terms of event technology. In addition to rigging and audio technology, PRG also provides lighting and video technology.

Adam Bassett of Woodroffe Bassett Design is the lighting designer of the show. Among other things, he and his team have worked on the lighting for the Rolling Stones, Lady Gaga and the Olympic Games. Adam Bassett explains what aspects played a role in the implementation of the current tour:
"Whenever we develop projects, it's the interplay between the design and what we have available in terms of budget, equipment and technology to meet the specific design challenges. It was very helpful to work closely together with PRG from the start, trying to find technical solutions to the complexities, within our budget."

One of the technical highlights of this year’s tour are the ten automated Roll-up screens in the middle of the ice rink. For this, PRG uses six Panasonic PT-DZ21K projectors. The Roll-ups are controlled via DMX by the GrandMA2 console. The GrandMa2 console also controls the WO media server to track the different positions during the show. A completely redundant WO system is used as an output.
As a backdrop of the ice rink, we installed a large video projection. Two Barco HD projectors W f 26K project in different depths so that with the help of the WO system, the data is mapped and a 3D effect is created. The projections also emphasize the costumes of the figure skaters and thus create the magical atmosphere of the lost city of Atlantis.

Kjell Peersman, Technical Manager of Holiday on Ice, is delighted with the successful video-technical implementation of the show content:
"We had to find a tailor-made solution to deliver video content on the automated roll-ups. PRG developed a great solution for this, making all boards and media servers communicate with each other. The result is just great! "

In addition to video technology, the lighting has been carefully adapted to the scenario of the show. A total of 40 Icon Edges were used. This moving head is a fast beam, spot and wash luminaire; it contains a wide range of gobos and offers a lot of lighting effects, which benefits the tour.

Bob Walpot, Director of Operations and Asset Strategy PRG, is satisfied with the technical solutions the team has created for the show:
"The combination of these video and lighting elements in synergy with the sumptuous costumes creates a wonderful and immersive show."

Holiday on Ice's Anniversary Tour is also a great success! In total, over 90 shows are performed. Till the end of February, the ice skaters will still enchant the audiences before Atlantis sinks back into the sea. 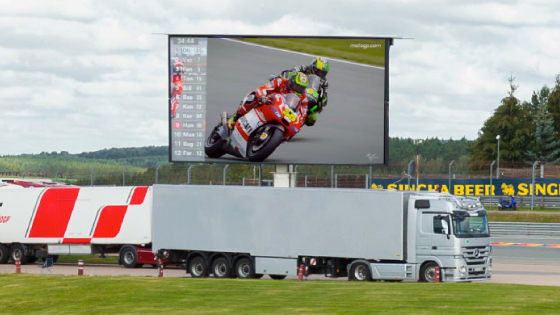 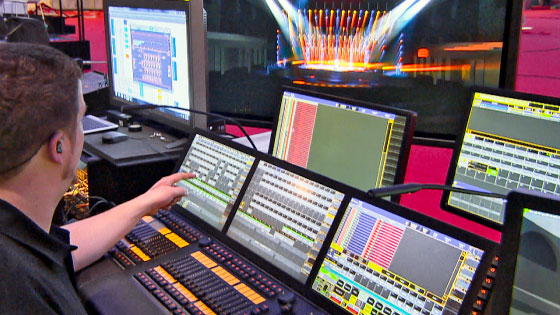 You want to be better prepared!

Through pre-production it is possible to time reduce installation and arrangement work at the event location.

Read more
See What We Can Do! 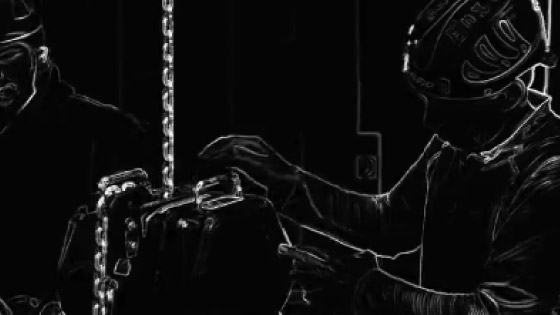