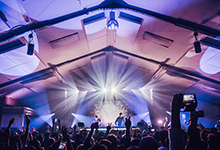 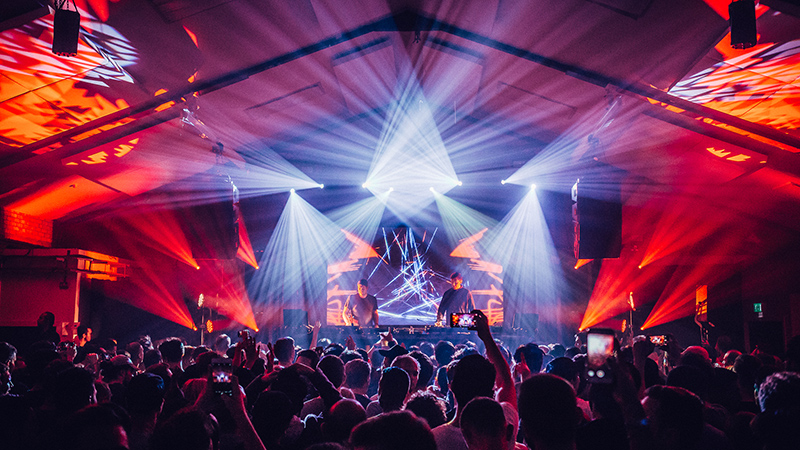 Underground electronic music duo, Dusky are steadily building a cult following as they play sold out dates, taking in numerous venues in the UK, North America and continental Europe. Double Knight of Illumination winner, Will Potts designed the visual element of the show, with assistance from Lighting Director Adam Power. Will said: “Designing a rig which fits into numerous venues was the main consideration for this project. I chose to leave the physical design work flexible and in Adam’s hands for the shows. He knows what each fixture has to achieve, so it’s up to him to use the spaces and characteristics of each venue to the design’s advantage. Having such a flexible approach is the most economical way of scaling the show up and down.”

Will and Adam knew exactly what they wanted to achieve with the design, and were open to discussion on which products and processes they needed to make it happen. As well as being certain about the looks they had for the show, working within a tight budget was a key factor, without needing to compromise the design. With the bigger picture decided, PRG XL Video Project Manager Martin Bellamy filled in the details and made sure the show had everything it needed for the budget available.

Bradley Stokes, the lighting Crew Chief for the tour explained the lighting products used on Dusky and the logistics behind getting them in and out of each venue: “The different variations of the touring rig consist of truss towers fitted with GLP Spot One moving lights, GLP Impression X4 LED wash lights, Solaris Flare Junior LED strobes and PixelLine 1044 LED battens. To save time when loading in, all the truss towers were pre-built in Longbridge so we could just carry them into the venues. This did bring an extra set of challenges as access to most of the venues was either upstairs or through tight doorways, which the truss towers were too tall for. However, with the team we had on Dusky, we always found a way of working around these access complications without them becoming a problem.” 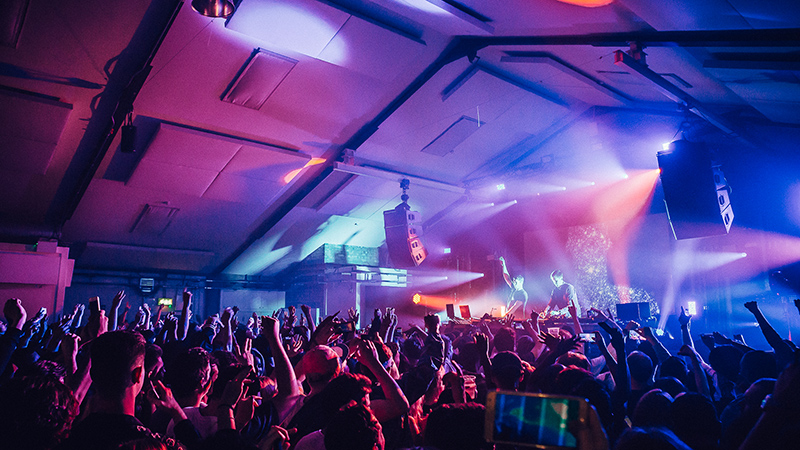 Adam said: “The Dusky show is really rewarding because each gig brings a fresh set of challenges. We’ve got three versions of the rig; which we use for the different size venues we’ve been playing. The biggest shows were the summer music festivals, but now the tour is stopping off at 1000-2000 capacity venues, we’ve got to be savvy in our approach to fit everything in and make the show look the same from one gig to the next. The show achieves a big look for the spaces we’re in, that’s made possible by clever positioning of the lights and tight programming rather than simply increasing the fixture count. For example, there is a flown truss and between two and four floor-mounted truss towers and floor fixtures behind the lads and on the riser. This fills the space with each element having its own job. Will has done a good job of accentuating this in the programming and hitting all the accents in the music, creating a tight show and giving each song an identity. Bradley’s been with us for most of the tour and is excellent; he’s got a great knowledge of the kit we’re using and has developed a real talent at shoe-horning it into spaces where it probably shouldn’t fit.” 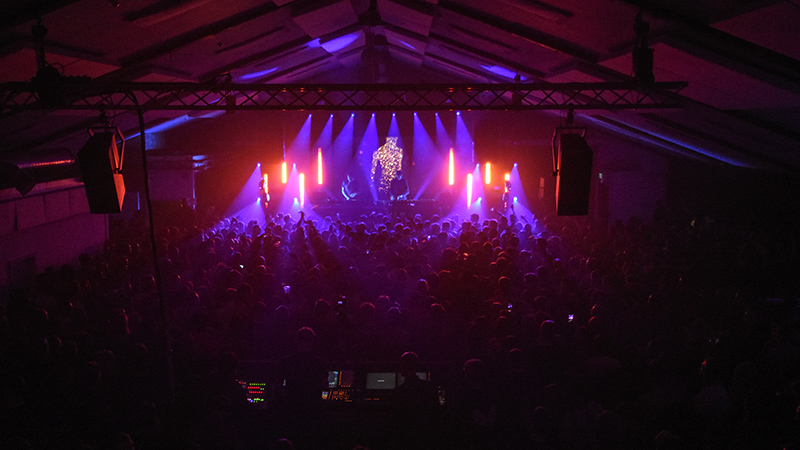 Will added: “Working on Dusky was about the practicalities of the design as much as the overall look. Often with this size of act, breaking through comes at a cost to either the band or investors, so it’s about finding a balance in the economics of the design. With Dusky we achieved the big looks, bright punch and carefully choreographed moves the music calls for, whilst at the same time keeping it sustainable for everyone. It’s been a privilege to work with Adam on this project, we interact very well.”