The show combined the best of British and Indian culture and included dancing displays, musical performances, and speeches from both Modi and our own PM David Cameron.

To compliment the festivities, a team from PRG XL Video, working with Production Stage Manager, Trish McGlenaghan, Lighting & Production Designer, Mark Cunniffe, and Production Manager, Tim Hudson, specified all the lighting, rigging and video technology and expertise to ensure the production was a success.

Rigging for the event incorporated many different elements both on stage, and around the stadium, and included a Kinesys system on stage for the automation. The rigging team were led by Q Willis, with Yose Lawson and Jay Call leading the team. Call also performed the role of Kinesys operator on show day.

Luke Jackson was the lighting crew chief tasked with delivering Mark Cunniffe’s design, which used over 500 fixtures around the pitch and stage, including PRG’s own Bad Boy and Best Boy HP units, more than 100 Clay Paky Sharpys, 80 Clay Paky Mythos, and over 240 SGM P-5 LED lights which formed a brightly coloured border around the stage.

To create a multi-layer lighting effect, lighting was situated around the famous Wembley pitch, as well as on Level 3 all around the iconic venue. Spotlights were also situated on level 3, and for this PRG XL Video employed ten 4K Gladiators, and two 2K Troupers. Alongside Jackson, Alex Passmore and Dan Young were key operators on the lighting crew. The company also worked with Chris Ewington to supply 26 of his innovative IPIX DB1 light sources, which were used to great effect below and alongside the main video screen onstage. These lighting units are LED based, enabling them to create colour-changing effects. The DB1s were controlled via Avolites Ai media servers supplied by PRG XL Video, who worked alongside Ewington to install the fixtures at the venue.

The Account Director for Lighting and Rigging was Yvonne Donnelly-Smith, with Project Management support from Bill Martin.

Donnelly-Smith commented: “The event was interesting and creatively challenging. Whilst the lead time was short, we were fortunate to work with an amazing production team headed up by Tim Hudson and Trish McClenaghan. As we supplied lighting, video and rigging together, it meant that we were able to deliver solutions on budget and in a timely and efficient manner.”

Production Manager, Tim Hudson said: “With such a short pre-production period, and the many challenges that came with this event, the combined package provided by PRG XL Video, not least the HODs, was essential in ensuring that nothing was overlooked. The attention to detail and high standards of professionalism, combined with a proactive and imaginative approach, and a commitment to finding practical solutions, was a very welcome contribution to both Mark Cunniffe and myself.”

Three Sony HXC-100 HD cameras and three Bradley robocams captured the footage, which was streamed live on YouTube for four hours, as well as live broadcast to audiences around the world. The video can be viewed in its entirety here:

The LED screens were built and managed by crew boss Jolyon Oliver and Steven Grinceri.

Special Events Account Director, Steve Greetham looked after the video setup for the event. He comments: “This was an interesting project in that it was a large scale international event with a very short lead time, and as such relied heavily on effective communication between all elements of the production.

“The client, Wembley Stadium, the production team, creatives and suppliers all collaborated to pull together a once in a lifetime event of the highest standards, and this enabled the combined abilities of PRG XL Video to be shown off to great advantage. The integration of the video, lighting and rigging elements was smooth, efficient, and very enjoyable to be involved in.” 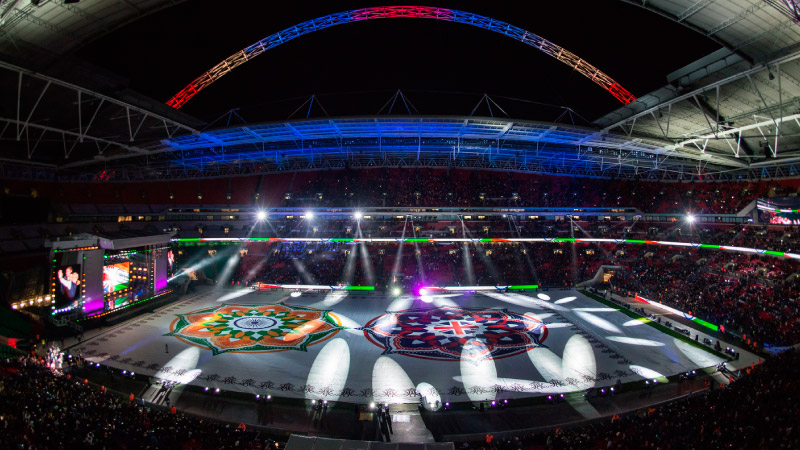 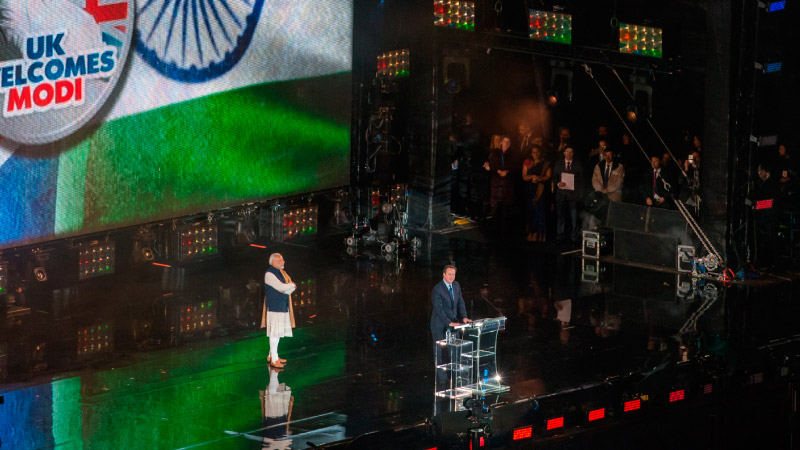