56,000 music fans, 100 hectares of camping grounds, 350 DJs and four days of beats, bass and applause – the result is EDM Festival "Nature One". This year once again, visitors were able to celebrate three days watching various stages at one of the biggest electronic dance festivals in Europe.

Before the 23 floors were opened for the crowd on 4th August, a large team of technicians put in five days of hard work. PRG was commissioned by the client i-Motion GmbH to set up the OpenAirFloor, the largest floor of the festival. PRG Account Manager Jan Sander and his team were responsible for the rigging and installation of lighting, video and sound technology. And the stage was also built by the PRG crew. 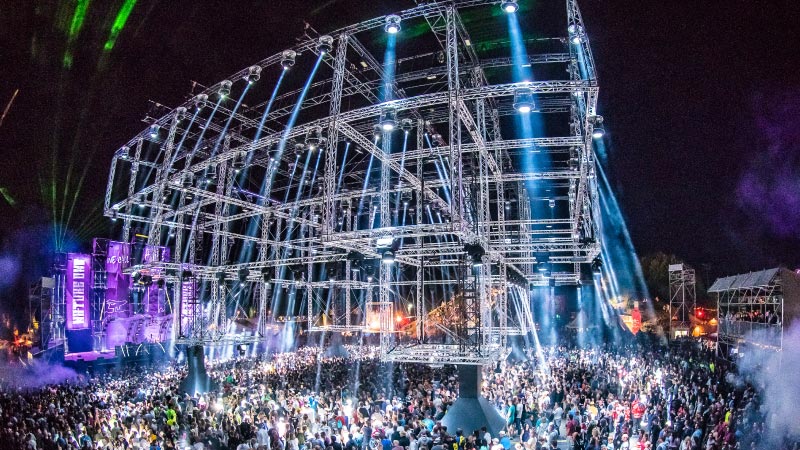 At a festival usually the stage is the main focus, but not at Nature One 2017. On the OpenAirFloor, a large part of the technology was designed in such a way that the audience played a central role. Lighting designer Thomas Gerdon explains: "What makes the lighting design special here is that we do not have a stage with a lighting system like a normal Rock'n'Roll Festival, but the lighting system is mainly above the people - so it is a floor concept and no real stage concept."

Also for Jan Sander (PRG Account Manager), this was an extraordinary show, which he set up with his team of technicians: "The audience was offered a great choreographed show, with top DJs and a full multi-media show behind it. Great lasers and spectacular pyro effects were used as well."

For the right beats and bass the PRG team installed on the OpenAirFloor 24 x Meyer Sound Melody, 32 x Meyer Sound Mica, 16 x Meyer Sound Milo and 32 x Meyer Sound 700 HP. The customer's request was that a special sound performance should be generated in the bass range. The bass was set up accordingly in a certain formation so that the kick and sub bass could be optimally reproduced.

From the FoH (Front of House) the show was controlled by three Grand MA 2 Fullsize, 2 GrandMA Light and 14 Grand MA 2 NPUs. These also triggered the media servers, lasers and pyro effects.

The video technology of the large OpenAir stage was also integrated into the overall concept. Among others, P30 LED panels covered an area of 160 square meters, as well as ROE MC7-HB modules installed as a 30 square meter DJ booth. The entire technology was attached to almost 1,000 meters of truss. 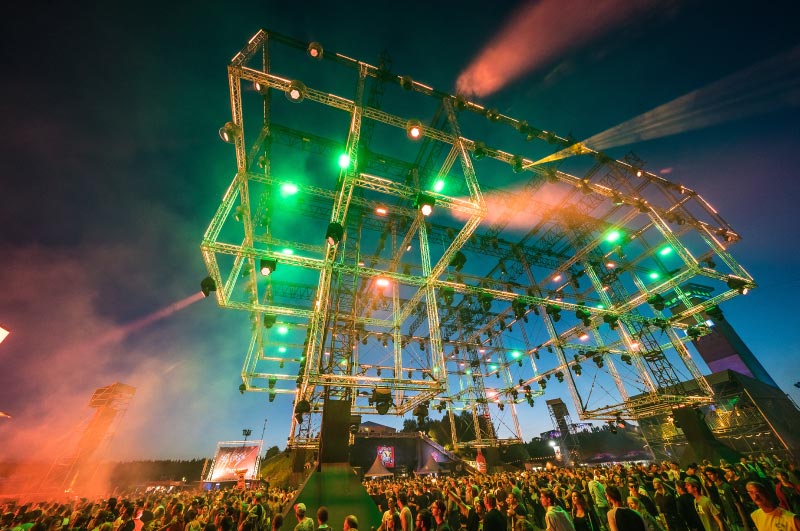 Despite the difficult weather conditions - there were storms, thunderstorms, rain and sun - the technology worked perfectly. Thomas Gerdon added: "From Thursday evening to Sunday morning, not one lighting fixture had to be exchanged. This is extraordinary in such weather conditions and speaks for the top quality of the material and a very good installation."

The Electronic Dance Festival (EDM) “Nature One” was a success once again in 2017. On the former rocket station Pydna there were fireworks, electronic music, lasers, pyro and a multi-media-show.

Lighting designer Thomas Gerdon is delighted about the successful festival and praised the cooperation with PRG: "The advantage of working with PRG is that during pre-planning I can select the best possible lighting equipment from the portfolio because of the size of the company and the size of their inventory. The second big advantage is that the people who work at PRG have great experience when it comes to projects as big as this."