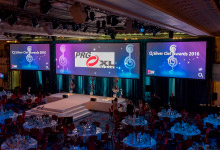 On Friday 1st July, the 41st Silver Clef Awards took place at the Grosvenor House Hotel in London. The event celebrated the work of the music therapy charity, as well as presenting awards to music industry artists such as Jeff Lynne, Lionel Richie, Florence Welch, Massive Attack, and Olly Murs.

The O2 Silver Clef Awards is a fundraising event, raising over £600,000 on the day from ticket sales for the lunch, a variety of silent auction lots, on-the-day charitable donations by the attendees, and the proceeds of a huge charity auction hosted by Mark Goodier and Christie’s youngest ever auctioneer, Tom Best.

PRG XL Video has supported Nordoff Robbins for many years and continued that support for the Silver Clef Awards, supplying high brightness projection across three giant screens in the Grosvenor House Great Room; camera system which captured all the awards action; and LCD screens around the room which were used for presenter prompts and to display information from the silent auction.

The company is also sponsoring the artist films which have been created to showcase each of the award winners for 2016, and includes footage of their visits to Nordoff Robbins’ headquarters in London, where they saw the charity’s life-changing music therapy in action.

The films will be released via Nordoff Robbins YouTube channel in the coming weeks.

PRG XL Video Marketing & Communication Director, Alison Barclay, commented: “We’re delighted to continue our support for Nordoff Robbins. The music therapy they provide is literally life-changing and we have seen their work affect many children and adults in positive ways over the decades of their work. We are happy to contribute to that by supporting this event and sponsoring the artist films again this year.” 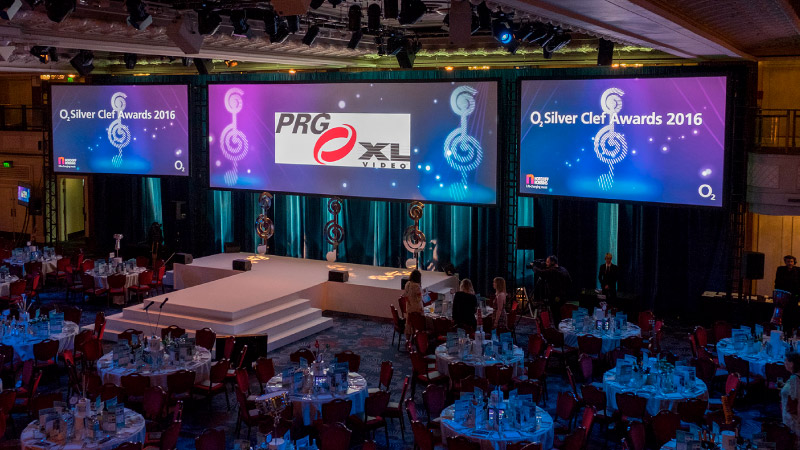