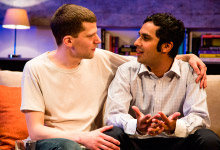 London’s Trafalgar Studios is currently playing host to ‘The Spoils’, a critically-acclaimed play written by BAFTA, Golden Globe, and Academy Award nominated actor Jesse Eisenberg. He also stars in the production alongside Kunal Nayyar, best known for his role as Raj in The Big Bang Theory; Katie Brayben, who received an Olivier Award for her role in the musical Beautiful; Alfie Allen, known for his role as Theon Greyjoy in Game of Thrones; and Annapurna Sriram, who stars in Billions, currently airing in the UK on Sky Atlantic.

The Spoils was first performed in 2015 at The Alice Griffin Jewel Box Theatre, Off-Broadway, in New York, and was directed by Scott Elliott, with Set Design by Derek McLane. For the London transfer, Oliver Award-nominated Lighting Designer, Lee Curran, was asked to take on the lighting for the Trafalgar Studios run. He explains his approach to the process of lighting for the adapted set design and the direction he was given for the lighting:

“I had a meeting with the Director, Scott Elliott to talk about the look and design of the show. It was a transfer of a production from New York, and so although the set had to be adapted slightly to fit into Trafalgar Studios, Scott and Derek McLane, the Designer, were after the same look and feel.” 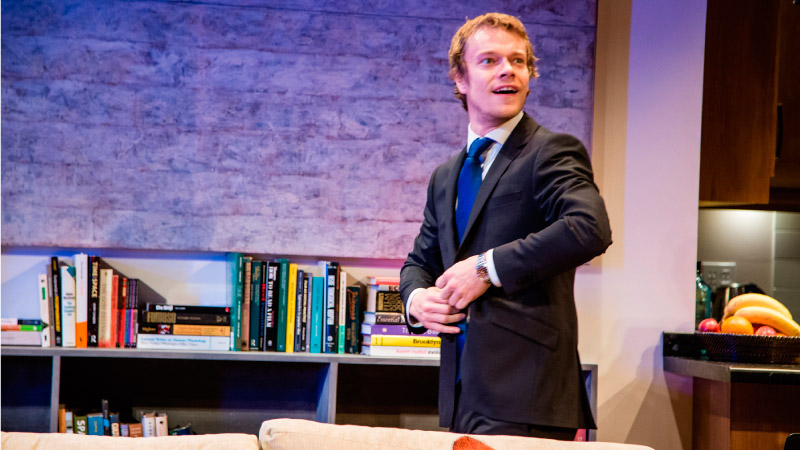 Curran continues: “It's essentially a naturalistic production, with a few more poetic moments - to use Scott's words - particularly around transitions. The key to these is a big ceiling-to-floor window which takes up most of one side of the set, with a Manhattan skyline visible through it. It makes for a great directional source of colour and light in these moments. However, even within the naturalism, there are a lot of subtle cues to focus on the active areas within the larger space. One example is in the dinner party scene, where light subtly fades down in intensity across the width of the stage, away from the action around the dinner table, and intimate scenes around the sofa, where the apartment is present, but not competing with the stillness of seated characters.”

With this naturalistic brief in mind, and the aim of recreating a modern Manhattan apartment, the lighting design needed to light both the actors and the set evenly. Lee Curran explains: “We had some practical and architectural fixtures built into the set to help with the look. The main thing was to achieve a good, bright, even coverage across the whole space, with the limitations imposed by a box set with a low ceiling and limited overhead positions. 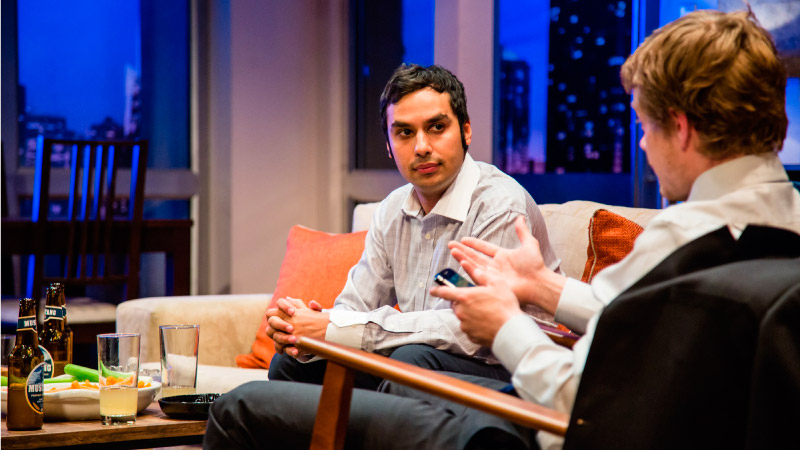 “Scott and Derek were keen to emphasise the coolness and brightness of a certain kind of Manhattan apartment, so finding a way to achieve that while keeping set and actors in balance was the main challenge.”

The transfer into Trafalgar Studios from a traditional theatre did present some challenges with space, particularly with lighting the window and Manhattan skyline, as Curran elaborates: “As mentioned previously, the nature of the set posed a few challenges. In addition, the original production had a lot more space behind the window to achieve the lighting of the backcloths of the skyline, and the light through the windows. In Trafalgar Studios, we had about a foot of depth to do both! That caused a lot of head-scratching, as myself, Derek McLane and Lloyd Thomas, the Production Manager, tried to find every last millimetre to help the cause!”

To combat these challenges, PRG XL Video supplied a variety of lighting fixtures which helped achieve the desired effects. Lee Curran clarifies: “We needed really small, powerful, colour-changing units with very good dispersion at short distances to solve these problems. With the Martin MAC Auras and Philips Kinetics Colorblazes, PRG XL Video provided the kit for the job. Elsewhere on stage, the bulk of the work was done by ever-reliable ETC Source 4 tungsten fixed-lens units, with a few Par 16 Birdies in particularly tight spots.”

With the design complete and installed, Production Electrician, John Tapster, looked after the fixtures for the run, with Michael Corcoran operating the lighting desk. Peter Marshall, PRG XL Video’s Account Director for theatre lighting comments: “We were very happy to work with Lee to help achieve his design for The Spoils, especially in this extremely challenging environment with little or no space to work with. Even in a production where a natural-looking light is the aim, Lee’s design demonstrates that subtle nuances can transform a scene completely.”

The Spoils runs at Trafalgar Studios until 13th August 2016.

All photos by Oliver Rosser 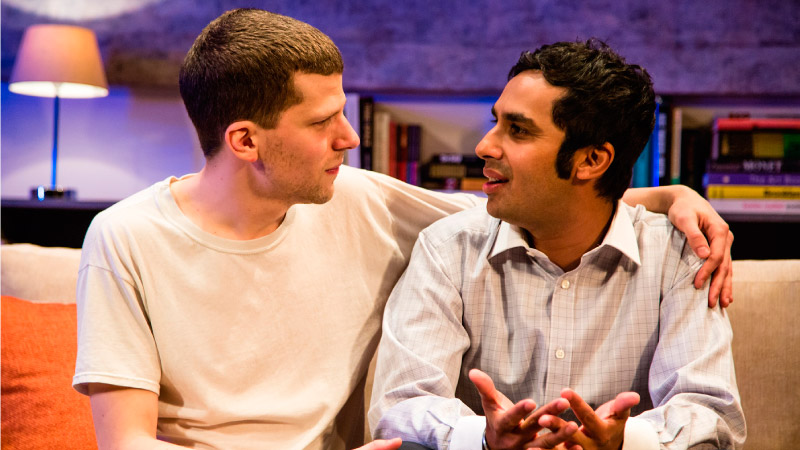