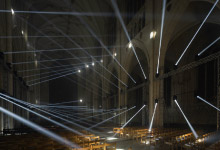 Illuminating York, supported by Arts Council England, is an annual event which sees a variety of designers create light installations across the historic city.

Across four evenings in late October, indoor and outdoor venues around York were transformed with light installations created by artists and designers including David Ogle, Helen Maurer, Studio PSK; and for the centrepiece at York Minster, Jason Bruges Studio. 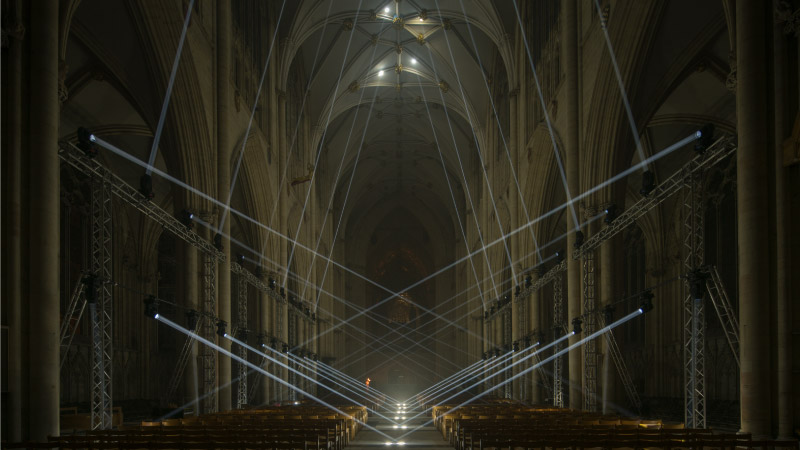 With the brief that the lights needed to supply high brightness white beams and have moving heads, Andrew Strachan suggested PRG’s own Icon Beam fixtures, fifty of which were used for the event.

Strachan explains: “The fixtures were utilised in an unfamiliar and unorthodox manner that worked perfectly inside the Minster. Adam Heslop was the designer/programmer for Jason Bruges Studio, supported by the lighting designer, Carlos Valente. Their design really showed that art can also be visualised in light form as well as physical form to an outstanding level.” 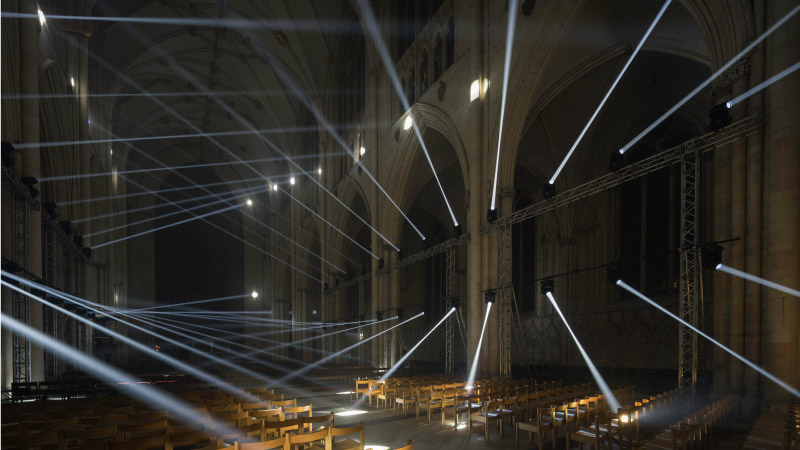 The Icon Beams were mounted on to large truss structures masterminded by PRG XL’s Q Willis, and the structures lined the nave of York Minster. Q Willis was the rigging chief for the event, with Tim Spilman, as Crew Chief for the lighting team.

Carlos Valente explains how the studio approached the design: “The whole installation stood on a purpose-built design and playback solution created in the studio. This meant that the workflow had no precedent and we were constantly implementing new functions to allow us new design directions, or to tackle technical problems. The PRG team was of fantastic help, and a perfect partnership for this project. They understood what we were trying to do, and were able to provide clever technical solutions, with the precision needed, along the way.” 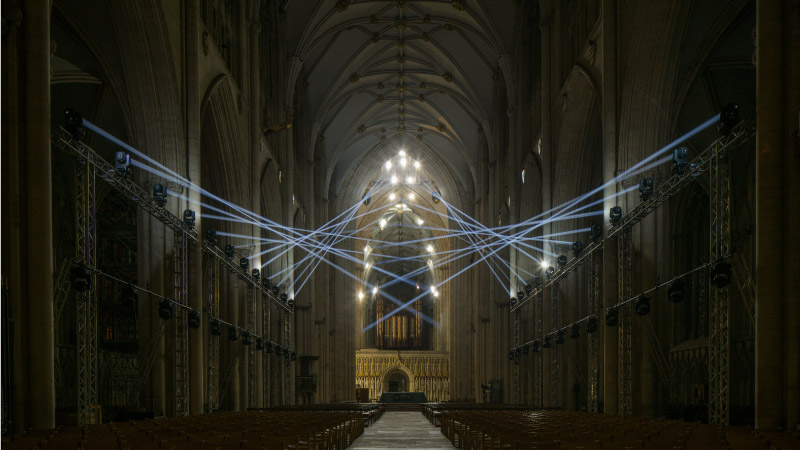 “We were very pleased to be asked to supply the lighting and rigging for this special event,” said Andrew Strachan. “Jason Bruges Studio’s design for York Minster used the Icon Beams in a very clever and artistic way, and the resulting light installation really blew me away.”

LightMasonry from Jason Bruges on Vimeo.