PRG UK supplied lighting services for the Spice Girls’ Spice World UK tour, in which the iconic 90’s girl band performed to thousands of fans in eight different arenas and stadiums, throughout the UK from the 24th of May to the 15th of June.

Various lighting fixtures were provided which consisted of 510 x GLP JDC1 strobes, 88 x Icon Edges, 160 x Robe Robin Megapointes, 34 x Robe Robin BMFL Blades, 104 x Robert Juliat Dalis 862 footlights, 62 x SGM Q-7 x wash/strobes and 6 x GLP X4s. The setup also included PRG’s proprietary such as 8 x Longthrow spots and 4 x Best Boys. The complete lighting system was controlled by a Grand MA3 console with 17 x NPUs. PRG’s Head of Event Services Rich Gorrod, along with Crew Chief Aidan Macabe was supported by a highly experienced lighting crew team. The back wall structure was a masterpiece of lighting engineering, which was worked out by Gorrod to be assembled in the shortest possible time, to allow for a clear stage, so that the video team could work on the assembly of the video globe centrepiece. The entire lighting system was waterproofed to survive potential wet weather conditions. 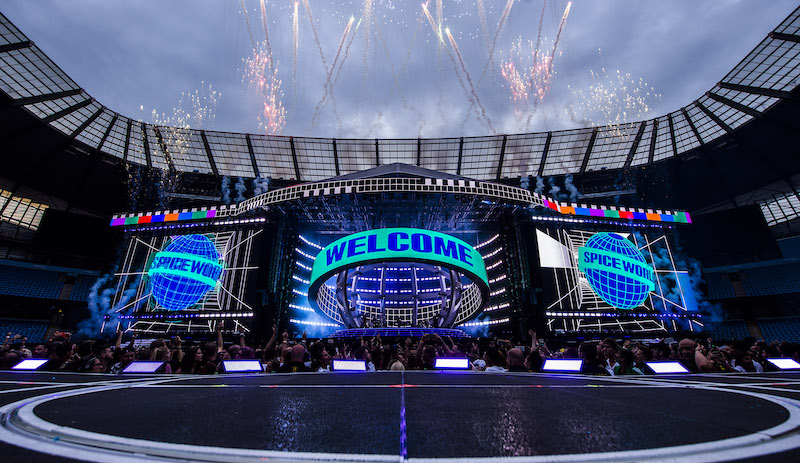 PRG was pleased to support and work with Lighting Designer Tim Routledge and Lighting Director Tom Young alongside Production Manager Tony Gittins to ensure all of the shows ran smoothly and contributed to the tour’s overall success. A total of 8 x Bad Boy Ground Control Followspots were used on stage and 8 x LongThrow Ground Control Followspots on Stage Co masts were used out on the floor of the stadiums. 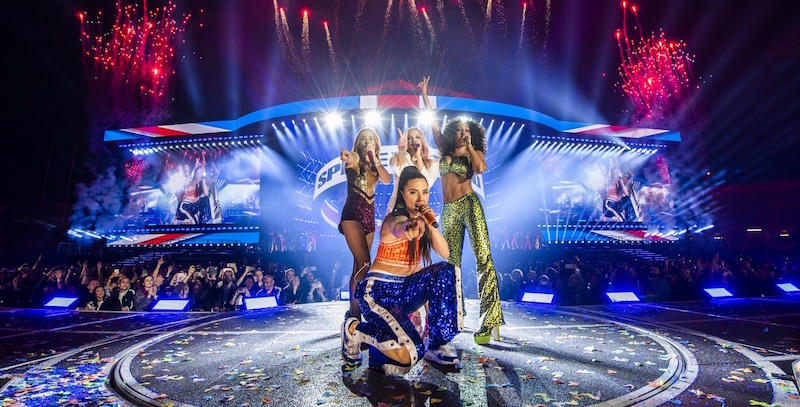 PRG is a leading international full-service provider of technical expertise and equipment for corporate and special events, music touring and festivals, theatre and the arts, exhibitions, brand activations, and film and television productions. To find out more about what we could do for your next event, get in touch at prg.com/uk.