With 2016 marking the Diamond Anniversary of The Duke of Edinburgh’s Award, the Charity is undertaking a variety of special fundraising events and initiatives during the year.

The Charity, which transforms the lives of young people through volunteering, physical, expedition, skill and residential challenges, held a unique Gala event in early June at the beautiful Stoke Park venue in Buckinghamshire.

Celebrating the 60th anniversary, the ‘Diamonds Are Forever’ Gala was held in the presence of HRH The Duke of Edinburgh, and Their Royal Highnesses The Earl and Countess of Wessex, and included a dinner and entertainment including a performance from Sir Tom Jones.

The event was produced by Jeremy Hartley of Entertainment Industries, with production design by acclaimed creative Nicoline L. Refsing of Rockart Design, who has previously delivered iconic stage designs for major events such as The BRIT Awards, League of Legends Worlds 2015 and creative direction for Eurovision. 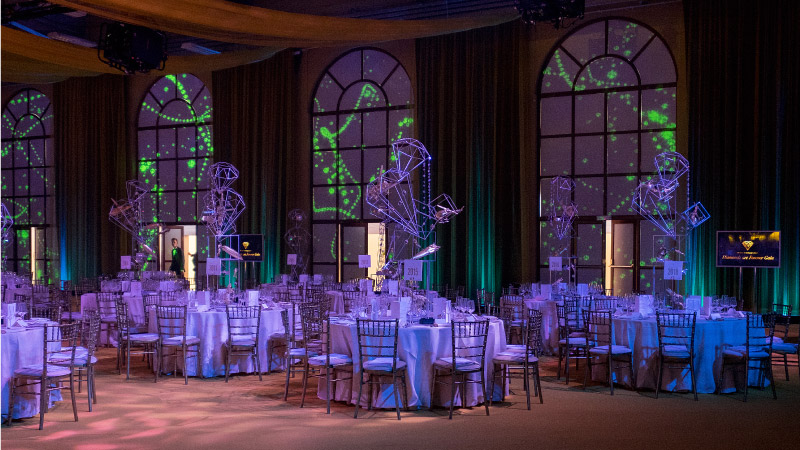 PRG XL Video’s Special Events specialist, Steve Greetham, was contacted by Hartley and Refsing to supply video and lighting technology for the event. Greetham has previously delivered event technology for other high profile events including the Queens Diamond Jubilee Concert, and the visit of the Indian Prime Minister to Wembley.

The event design was created by Refsing and themed as a sophisticated, spectacular event that James Bond himself would attend. There were several surprising elements, guests were greeted by a selection of 007’s famous vehicles outside the entrance and a row of sculptures of Bond girl dresses arranged on glitter plinths. These were lit using an array of LED fixtures from PRG XL. 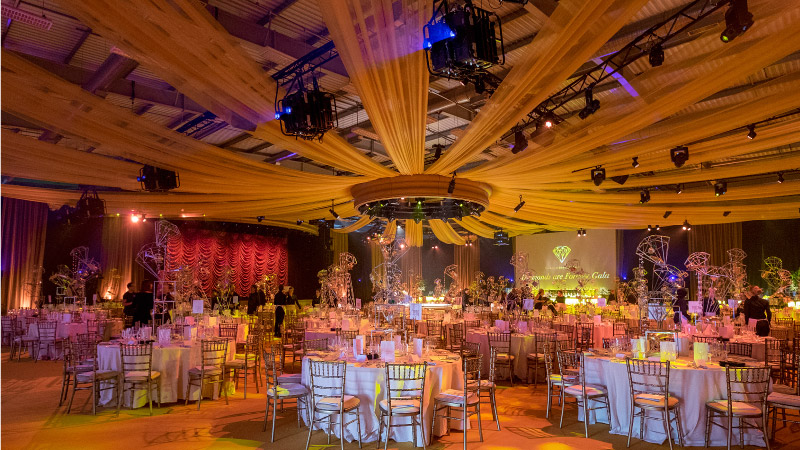 Inside the venue, six large arched windows were covered with vinyl and transformed into shaped projection canvasses. Using six pairs of Panasonic 21k high brightness projectors and with content fed from a Catalyst media server, the shaped windows displayed a precisely mapped projection of graphics and logos from supporters of the event.

The main and central stages and rigging for the lighting and video were supplied by Blackout Ltd and PRG XL Video worked closely with them to ensure a seamless production.

Across the main room and above the stage, an array of PRG XL Video’s Varilite moving light spots and washes, and additional LED fixtures were used to light the space according to the lighting design by Svend Pedersen, and switched to an active design for the live performances. Philips Colorblast LED uplighters lined the walls around the hall, creating decorative effects on the golden drapes.

Lighting for the event was managed by PRG XL Account Manager, Mat Ilott, with Tony Fagan acting as lighting Crew Chief on site.

To capture the live performances PRG XL supplied a four-camera Panasonic portable production unit paired with Sony HD cameras. A recording of the event was also captured for later use by the Duke of Edinburgh’s Award organisation. The video set up of LED, camera system and projection was specified by PRG XL Video Senior Account Manager, Paul Wood. 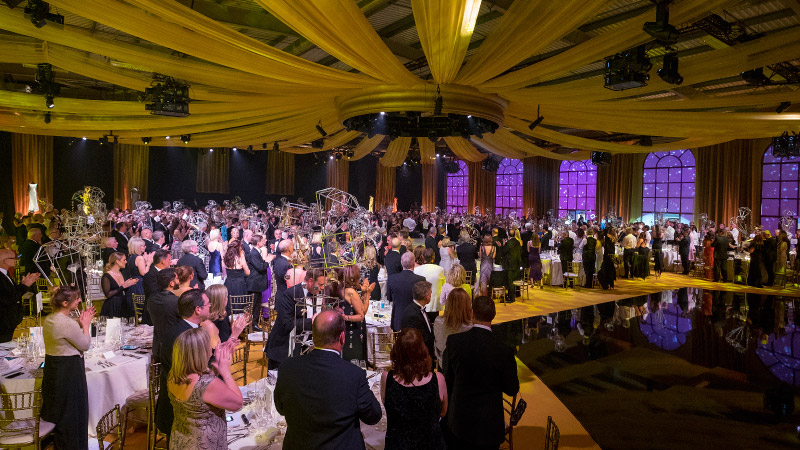 Refsing created a unique look and experience beyond other event designs to distinctively brand the event, delivering a transformation that also retains some of the unique venue characteristics. By cleverly working with the venue’s architecture and weight limitations of the roof, Refsing created and supplied the integrated window and screen content, the gold and diamond colour palette and a unique, centralised gold drape design radiating from a central stage that would allow an inclusive, 360 degree vantage point for the audience.

“We were delighted to be asked to supply technology for this Gala event,” commented Steve Greetham. “Whilst events of this nature always present some specific challenges, working closely alongside experienced companies like Blackout, make the production run more smoothly. With Jeremy overseeing the event production and with Nicoline’s beautiful design, it’s no surprise the evening was a success.

“PRG XL Video would like to congratulate The Duke of Edinburgh’s Award on this milestone anniversary!”

Nicoline Refsing, Founder and creative force behind Rockart Design added “It’s a huge privilege to be working on this incredible event with Jeremy and The Duke of Edinburgh’s Award team. I started with the essence of The Duke of Edinburgh’s Award brand to come up with the event design, so that all the elements integrate to give an exciting 360 degree total theatre experience. It’s always fantastic for Rockart Design to work with PRG XL, the best in the business, it has been a great partnership which has seen us work together to deliver a true visual spectacle. I have collaborated with Paul Wood from PRG XL for years across many huge events, the company has always delivered outstanding results whether it has been LED or projection solutions.”

All photos © The Duke of Edinburgh's Award 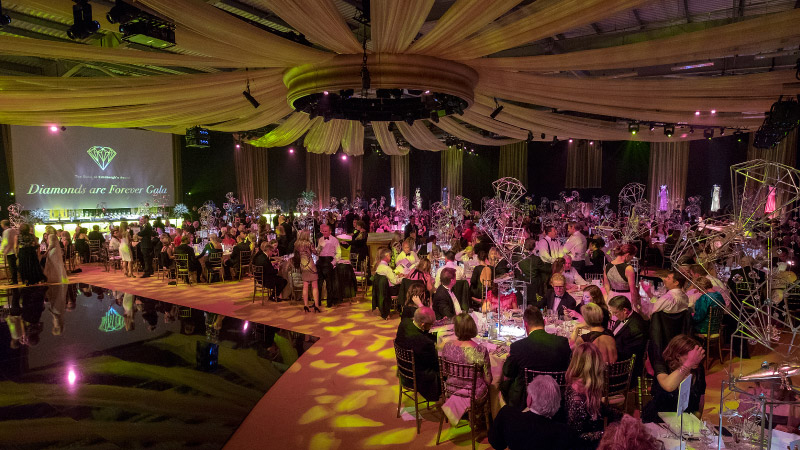