Irish pop-rockers, The Script, kicked off their 2020 tour at the M&S Bank Arena in Liverpool on 21st February!

When the tour was announced, Production Resource Group teamed up with Production Manager Tony Gittins and Lighting Designer Jamie Thompson to provide lighting and video for the tour.

Lighting Designer Jamie Thompson said: “We wanted to create something that symbolised the iconography from the album artwork ‘Sunsets and Full Moons’. The design was contemporary and everything on the stage was either curved or circular. We have a good working relationship with PRG and we pitched the design to see what they came back with and were over-the-moon to support.” 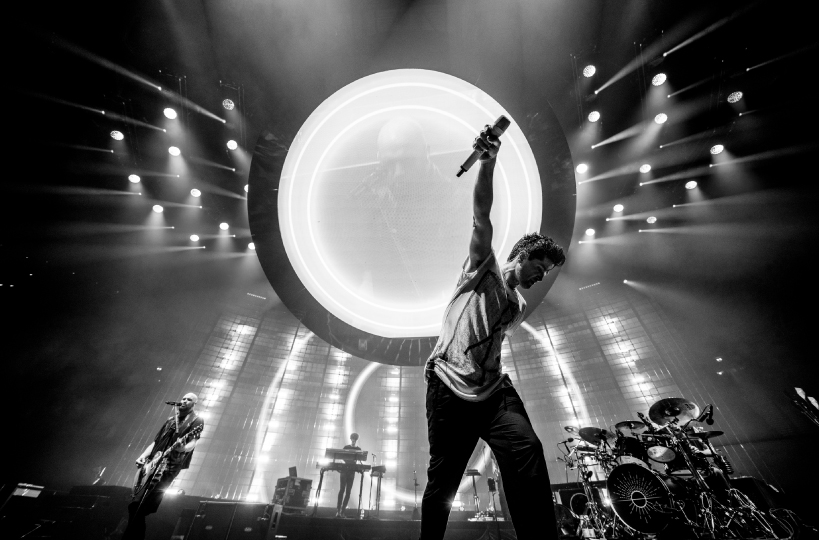 Not designed to curve, PRG enlisted the help of PRG Projects to help manufacture the PURE10 curve. They created a 10-degree spacer bracket which helped us to achieve the required look. Video imagery was fed to the LED screen via a media server giving a 24m by 10m wide canvas which showcased the extravaganza. This was complimented by the CB5 screen to showcase a variety of different looks throughout the performance.

The centre circle screen which consisted of an 8M Truss Circle with ROE CB5 LED panels, was suspended directly above the artists. The safety of all involved was paramount, because of this, PRG opted for the Movecat automation SIL-3 system, which allows both vertical and horizontal movement and incorporates the highest level of safety standards for moving items in such a sensitive location. 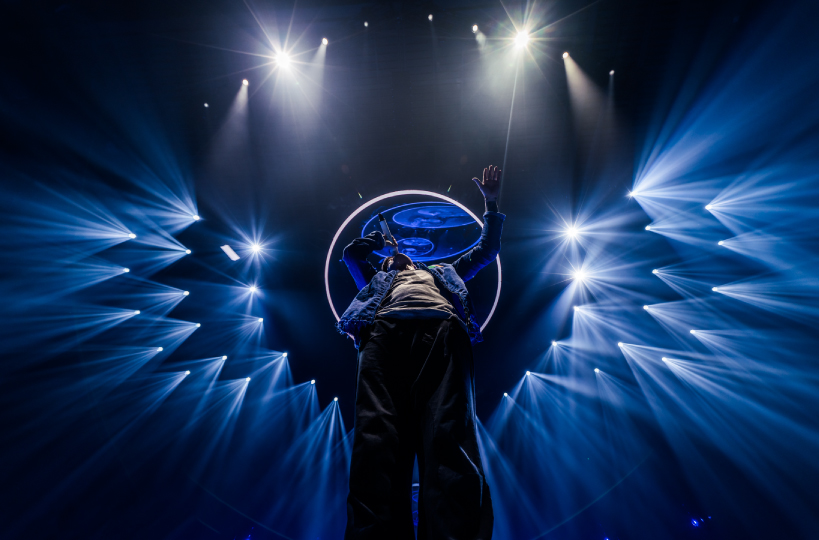 The other unique element to the show was the 4-meter moon which was suspended above the centre stage in the middle of the audience. The moon was also fully automated to enable sleek, horizontal movement throughout the show.

The show opened with the huge track ‘Something Unreal’ and Jamie went all out setting the tone for the rest of the show – an amazing performance all round!

PRG would like to say a special thanks to Lighting Designer Jamie Thompson, Production Manager Tony Gittins and all the Mirrad design team.