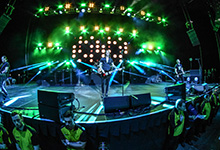 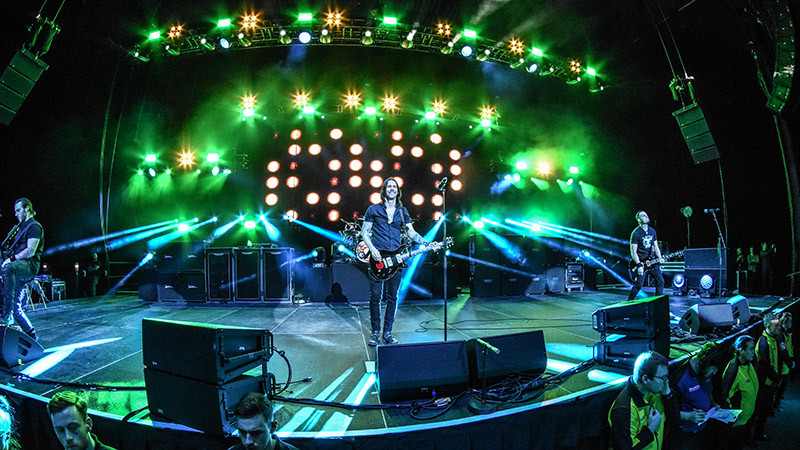 Lighting Designer Greg ‘Lil G’ Kocurek explained his design for the show: “We wanted a real heavy rock look, the kind of visual spectacular that threatens to melt your face; yet to create a well-balanced show with moments of calm between the chaos. The lighting rig is made up of Martin Mac Viper profiles, Icon Beams and Clay Paky A.LEDA B-EYE K20s, which are brilliant because you can do so many things with them and have great effects. I also used Clay Paky Stormy CC strobes and the Chauvet Strike 4 LED lights as audience blinders. Our choice of fixtures was moulded around the budget we had, and the best products we could afford—but in the end they matched our original ideas perfectly.”

Alter Bridge’s set was high-octane and relentless, despite the moments of calm Greg mentioned, which served only as an opportunity to catch your breath before the madness took hold again. 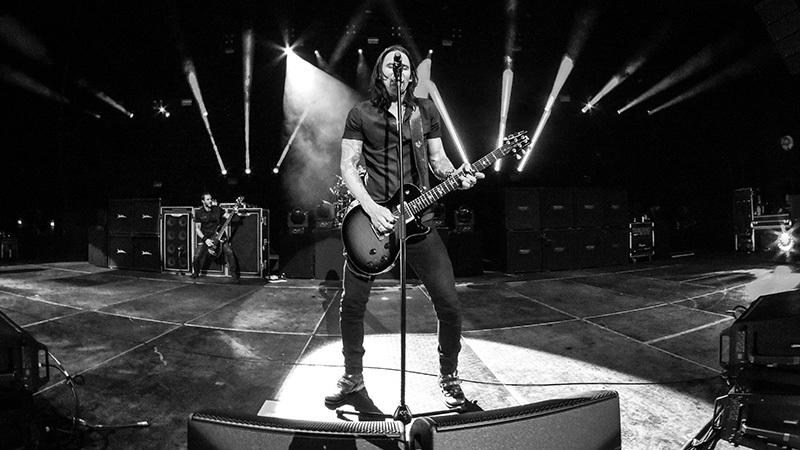 The video wall was made up of 105 tiles of ROE Visual MC-18H LED tiles, with content being driven by a PRG Mbox extreme V3.5 media server. Greg added: “The majority of video content was created by Craig Gowens which helped with stock content and additional content used to tell the story and theme behind each song.”

PRG XL Video Account Director Stef Michels coordinated the supply of video technology for the tour: “Greg’s a brilliant Lighting Designer who I’ve worked with for many years—he has a great understanding of video technology and knows exactly what he wants to achieve. The Alter Bridge tour looked amazing, with really creative use of video content.” 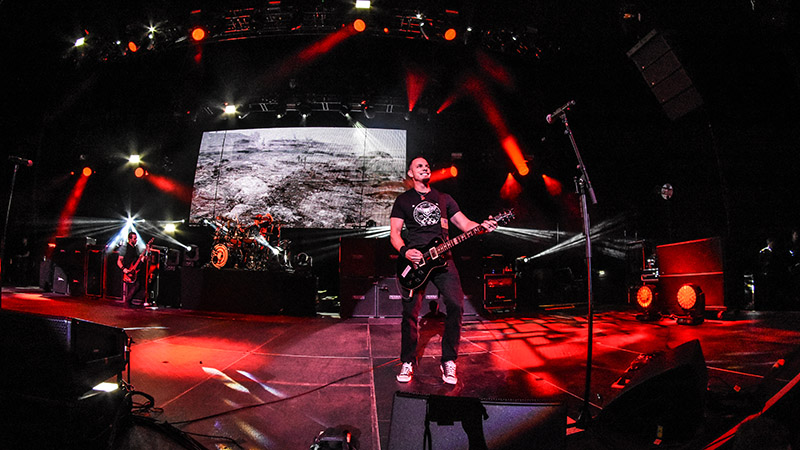 Greg is a veteran of the heavy rock scene, having worked with Slipknot and Creed, and has been part of the Alter Bridge touring family since 2009. After we caught up with the band in Leeds, they returned to mainland Europe for several shows, before heading to North America. Alter Bridge return to the UK in June when they play Download festival at Donington Park. 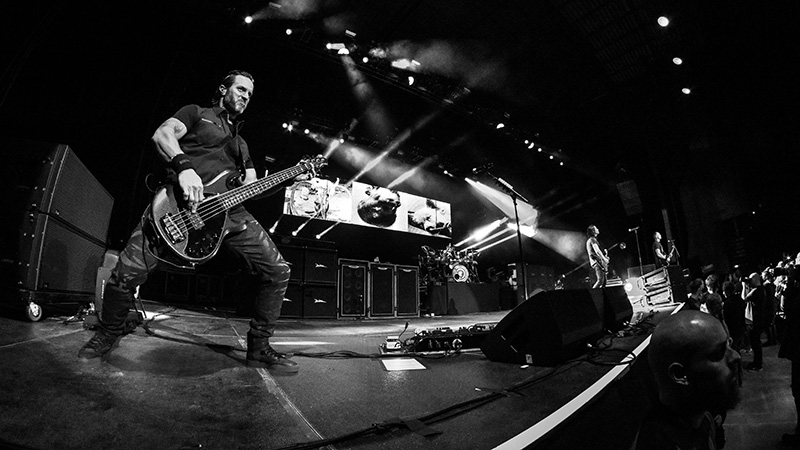