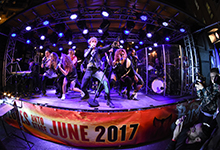 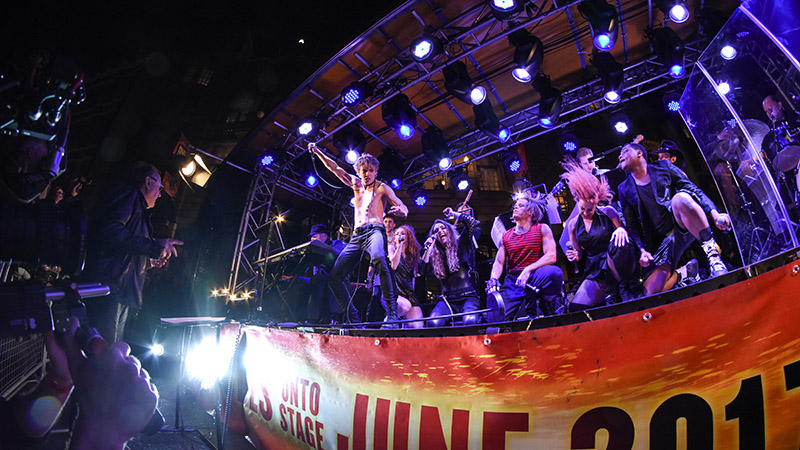 Thursday night saw the London press launch for the high-octane new rock musical Jim-Steinman’s BAT OUT OF HELL–The Musical. PRG XL Video were delighted to support producers Michael Cohl, Tony Smith and General Manager Julian Stoneman with their lighting needs for the high impact performance outside the Coliseum, where BAT OUT OF HELL–The Musical opens in June 2017, after a run in the Manchester Opera House. 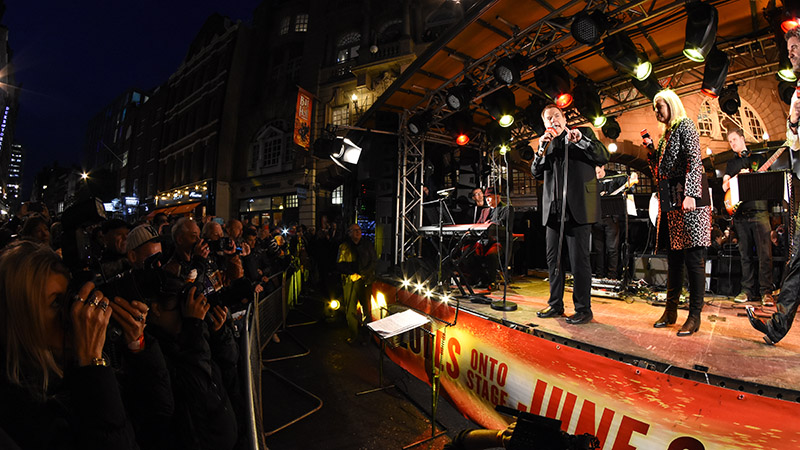 The twenty-minute outdoor show was introduced by producer Michael Cohl and the legendary Meat Loaf, whose music from his 1977 album with Jim Steinman the show is based on. Passers-by were blown away by the pop-up rock show and scores of Harley Davidson bikers brought in to enhance the Bat Out of Hell Atmosphere. Account Director Peter Marshall and Account Manager John Pauls handled the project for PRG XL Video. Peter said: “It was a very exciting project to be part of, and something I’ve not done before: fitting out the inside of a forty-five-foot trailer and putting on an outdoor show in the middle of a road! The planning and preparation in our Longbridge facility and the West London Film Studios made it possible to work within a very short timeframe.” 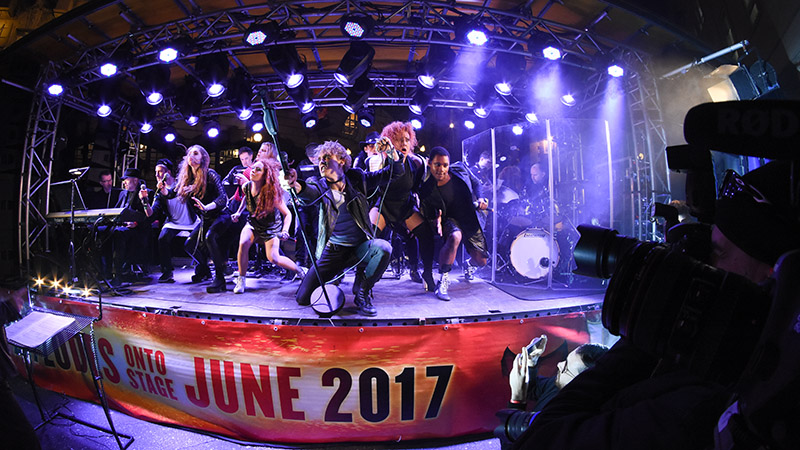 Gerry discussed how he designed the lighting for the show: “The brief was to create a bright and punchy rock n roll looking lighting rig inside a trailer. I worked with Pete and his team to select the look I wanted. One of the biggest challenges was space, on the back of the forty-five-foot trailer were two generators, a full sound system, a six-piece band and the cast. We had less than 2.5 metres from the truss to the floor, so all the fixture positions needed to be carefully considered. We created a plug and play solution that worked brilliantly. The driver brought the truck down outside the Coliseum an hour before show time, we plugged in the console, struck the generators and were ready to go.”

A smaller performance is taking place in Manchester on Monday as interest and social media chatter increases around what is sure to be the next smash hit London based musical. 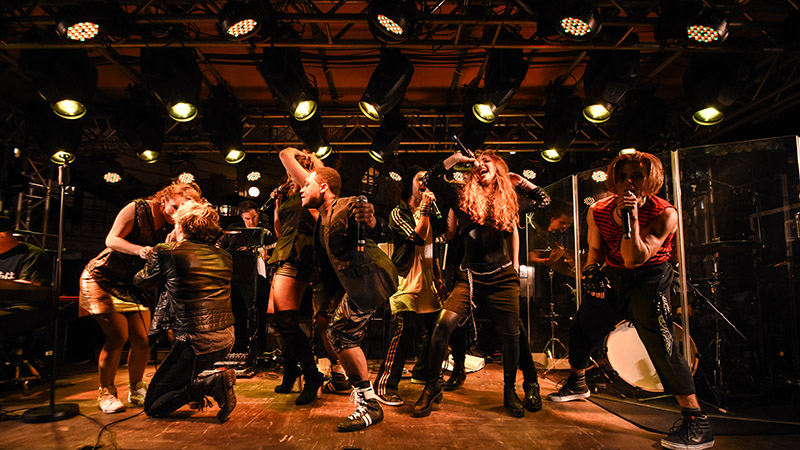 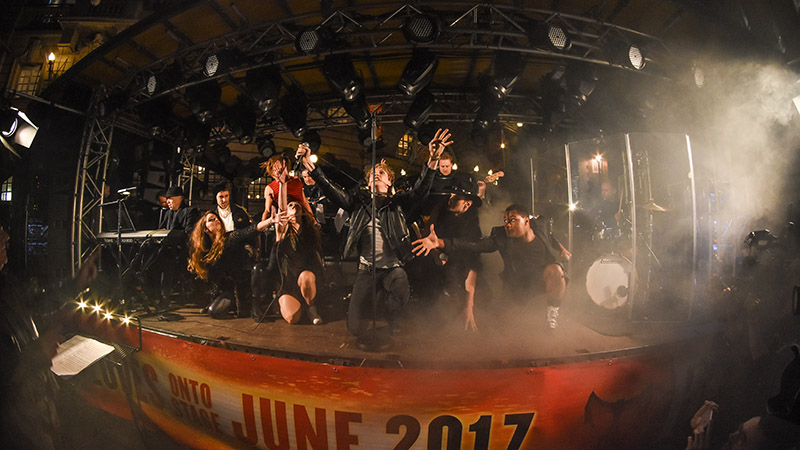