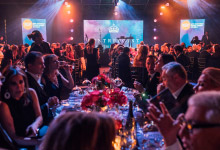 Centrepoint is the UK’s leading charity for homeless young people. It supports 9,000 16-25 year olds in to safe accommodation, education and employment and gives them help with any mental and physical health needs.

As part of their fundraising, Centrepoint recently held Centrepoint At The Palace - a gala charity fundraising event at Kensington Palace in the presence of HRH The Duke of Cambridge; the charity’s patron since 2005.

The gala dinner event was hosted by Centrepoint Ambassador, Jonathan Ross, and included performances from Ellie Goulding, Craig David, and Dirty Vegas, and presentation of the second annual Centrepoint awards.

To prepare for the show, PRG XL’s visualisation specialist and lighting designer for this event, Alex Mead, created a full render of the lighting, rigging and video design for the team at Centrepoint. He explains: “I was able to use visualisation software in production meetings to explain design decisions to the entire team using PRG’s wireless screen technology. It also allowed me to work out the best way to light each table and guest from multiple angles, and then to pre-program most of the show from my home studio beforehand.” 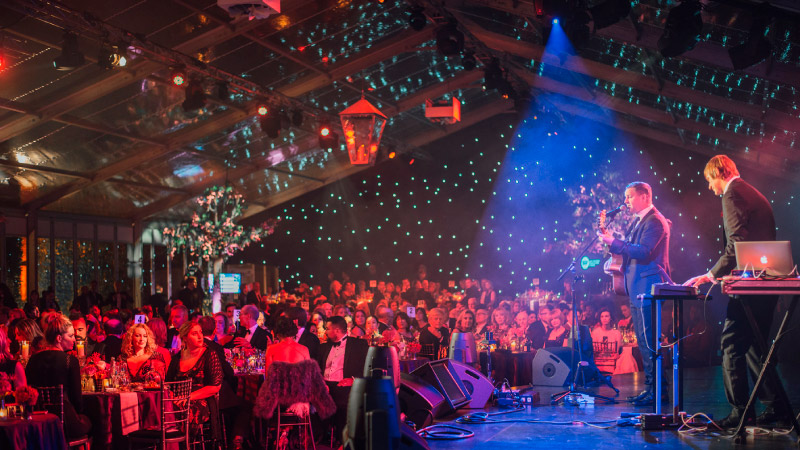 Taking into account the height and weight-loading issues of working in a marquee, Mead designed a rig which included GLP Impression and SpotOne LED fixtures, VL5 washes, Clay Paky B-Eye K10s, PRG Icon Beams and Sunstrips. The onstage screens were formed from PRG XL’s ROE Visual MC-7 LED, and multiple plasma screens were arranged around the venue to give all the attendees a good view of proceedings.

Around the marquee in the Orangery and garden, PRG Bad Boy spot lights and SGM P5 LED wash lights were arranged to set the scene and lead guests in to the venue. Alex comments: “Due to the technical challenges we faced, the lighting and stage design for this event evolved a great deal in the months prior. Luckily the Centrepoint event team, led by Richard Utting were a delight to work with and very receptive to our ideas. Crew Chiefs Dan Bunn and Dana Read, along with the rest of the team did a fantastic job on site and worked extremely hard to install the 300 lights I had specified.” 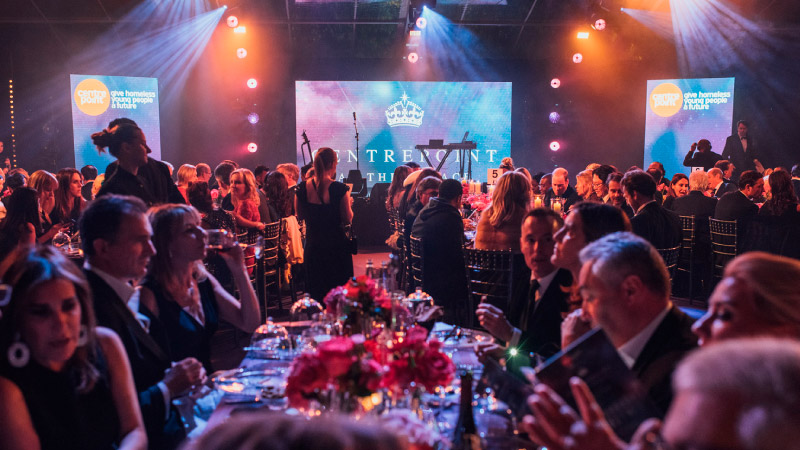 A package of graphics, logos, and information films was created for the awards and artist performances, all edited together by Jack Dickinson of Jack Rabbit Visual. These were all served to the screens via PRG XL’s media servers programmed and managed by Erica Frost. Video screens were built and managed by Gareth Manicom and Alex Mulrenan. All the rigging was supplied by PRG XL Video, and the rigging crew chief was Felix Pascal. The team taking care of the lighting, led by Dan Bunn and Dana Read, included Adam La Femina, Henry Gillett, Roger Taillefer, Andy Murrell, Tess Larson, and Jamie Elford.

Gordon Torrington comments: “We were happy to support Centrepoint at the Palace by supplying them with equipment for this fund-raising event. Our crew did a great job realising Alex’s design and building the show in a relatively short timescale!”