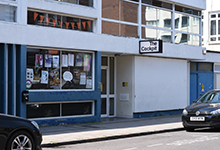 Dave Wybrow, Artistic Director at The Cockpit contacted PRG XL Video for help in solving a video projection conundrum they encountered whilst planning to stage Cosmic Trigger. Dave discussed the challenges they faced, bringing their creative visions to life: “We’d wanted to produce Cosmic Trigger at The Cockpit for a long time, I’m not only a huge fan of Robert Anton Wilson, but also the seventies American counter-culture he represents so well. Cosmic Trigger is a complicated piece to produce, it’s basically a play within a play within a play—and is more a play about ideas than it is about characters. Previous productions have been presented in an end-on staging format, with projection on the three walls visible by the audience. However, because of the unique layout of The Cockpit, it became clear very early on that we would have to stage Cosmic Trigger in the round because that’s the best use of the space, and we’d be able to sell more seats—thus increasing the production budget and ensuring we could afford everything we needed.” 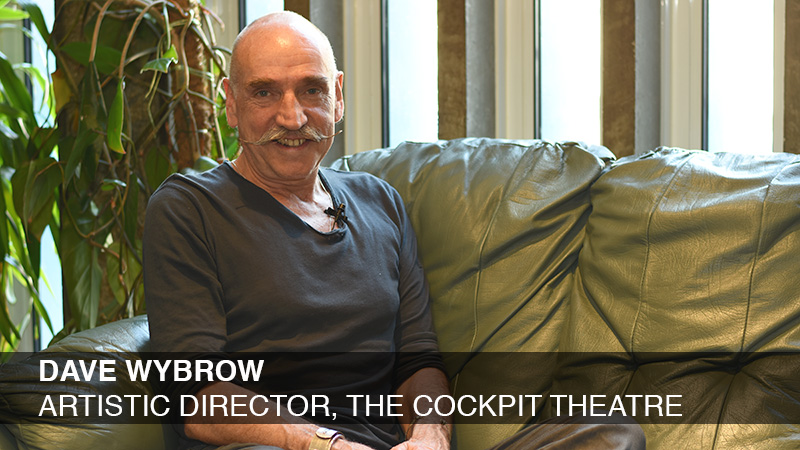 “The story of Cosmic Trigger is told not only by the character’s actions and dialogue on stage, but also by the projection—a host of videographers, artists and animators have been involved with the project. As soon as we realised we needed to project onto four surfaces rather than three, we recognised that we needed some help for a professional video projection company who specialise in working with theatres.”

Nilkanth Patel, video Project Manager for PRG XL, described the projection solution we provided: “We supplied a QLab media server system running off of Apple Mac Pro towers, which was stationed backstage and included a back-up system to cover the eventuality of any system failure. To connect the media server to each projector, we used Lightware TPS-TX95 signal extenders, and a Modex keyboard video mouse (KVM), so the video technicians were able to operate the media server from the front of house position. We provided a media server programmer to load all the content into QLab and configure the outputs, then left it with the capable technicians at The Cockpit Theatre.” 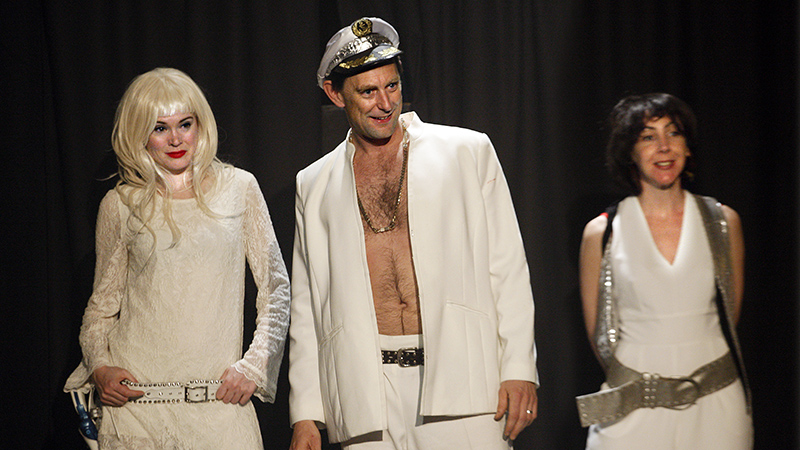 The Cockpit was built in 1972 and is a purpose built, stand-alone, black-box theatre with an 11-metre square auditorium which can be configured in the round or as a thrust stage. It is independently run, and is owned by the City of Westminster College, who maintain the building as custodians. Although there are no longer any college courses run at The Cockpit, education still plays a large part in the programming of the venue, in the form of classes and courses for professional development; as well as hosting many other productions for emerging companies, rather than beginner companies, who are looking to move forward with the scale and professionalism of their current productions. Dave describes The Cockpit as: “A theatre of ideas and disruptive panache.”

Dave commented on working with PRG XL: “As soon as I spoke with Nilkanth and connected him with my production team, it was clear that PRG XL not only knew their stuff video-wise, but are also very experienced at dealing with theatrical productions—they understood our needs and found the most effective solution to our projection conundrum, from both a budget and practicality perspective.” 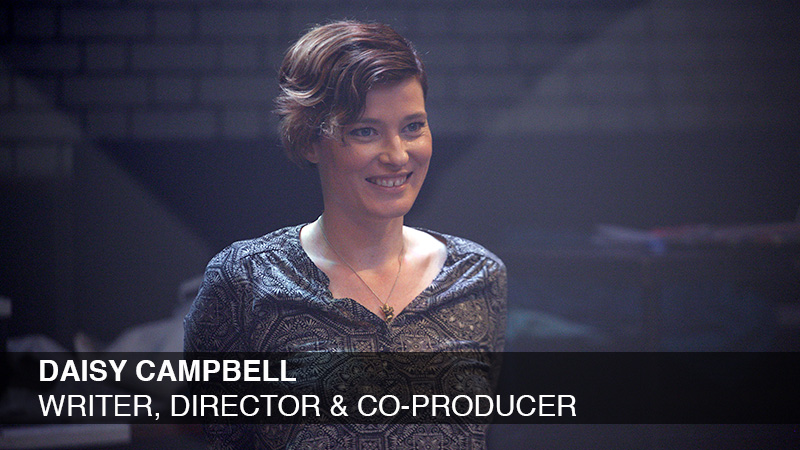 Peter Marshall, Director of Theatre for the UK market at PRG XL, said: “Working with fringe theatre is very important to PRG XL. We are well known for working on the big shows like Mamma Mia and Wicked, amongst many others; but we are just as passionate about supporting fringe venues and emerging talent, as it is from this pool that the next big things will come from.”

For more information on the services we can offer Video Designers working in theatre, please contact Peter Marshall—who will be happy to discuss your requirements.