PRG UK has continued to be one of the leading, major technical service providers for the theatre industry, this time, by providing Lighting for the brand new musical; Dear Evan Hansen, which recently opened at the Noel Coward theatre in London’s infamous West End theatre district. With its original Lighting design by Japhy Weideman and Projection design by Peter Nigrini, Dear Evan Hansen is considered to be one of the more contemporary stage musicals in the last decade that has integrated lighting and technology more to enhance the overall production and aesthetic design. PRG's Theatre Sales Director Peter Marshall worked with the Associate Lighting Designer Ken Wills and with Production Electrician Fraser Hall to oversee and ensure that the Weidman's original lighting design was recreated as much as possible. The challenge, was that since the show was in a different theatre compared to the original Broadway production, the lighting package had to be customised specially to ensure the production was lit correctly and effectively on stage. 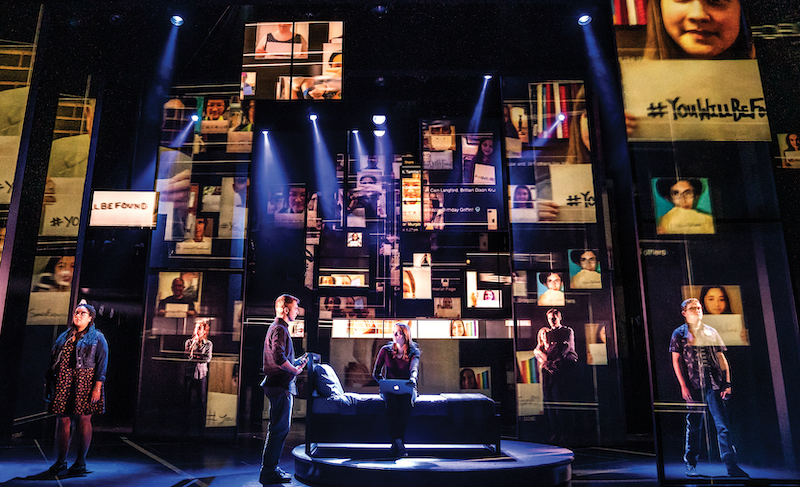 The main lighting fixtures provided consisted of Martin Viper Performances, Martin Viper DX Washes, Vari-Lite 3500 Washes, GLP Impression X4s as well as several ETC Source 4 LED Series 2 Lustrs. Multiple Clay Paky Sharpies were provided for the sharp beam specials overhead along with Chroma-Q colour force LED battens which were primarily used to light up the backdrop on stage. ­A total of four followspots were also provided which were PRG’s own proprietary Best Boy fixtures used with manual control to track the actors while they moved around on the stage. The entire lighting system was controlled off an ETC EOS control platform. 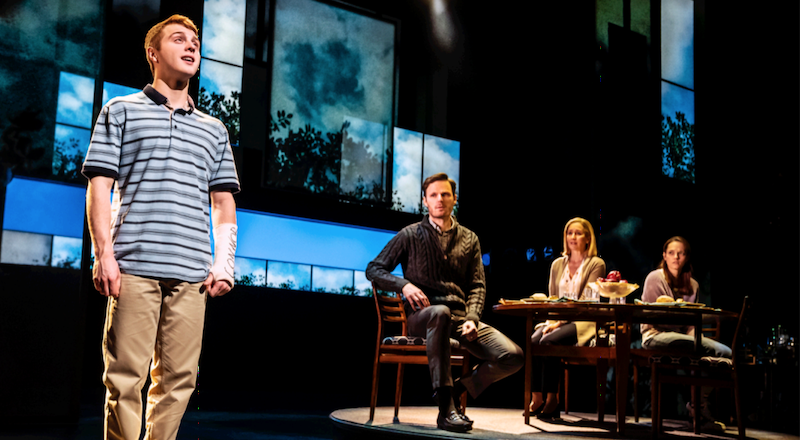 Speaking on behalf of PRG’s involvement with the new production, our Theatre Sales Director Peter Marshall commented: “It has been a pleasure to be able to work with Ken and Fraser on this new and exciting production. I am looking forward to seeing how the show does at the Noel Coward Theatre, particularly as it is one of the more contemporary shows. It has been a delight for PRG to continue to our long-standing relationship with the theatre industry and maintain our reputation as the leading supplier of lighting.”

Inset: PRG Best Boy Follow Spots were used to track the actors as they moved throughout the performance on stage.