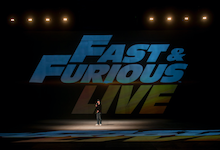 Universal Brand Development and Fast Live Productions, a joint venture between Epsilon Partners and Brand Events, have called upon the expertise of PRG and Panasonic to create ground-breaking projection mapping in order to push the boundaries of live event production. 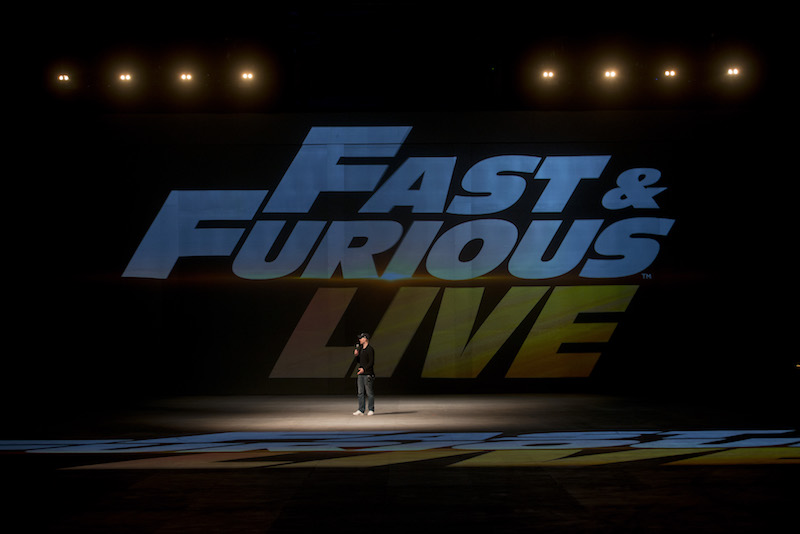 Seamless delivery
Fast and Furious Live is the brainchild of Rowland French, creative director and executive producer of Fast and Furious Live, who drafted in the expertise of Simon Aldridge, production director, Tom Rees, project manager, Ala Lloyd, set designer and Bruno Poet, lighting designer, to produce the arena show. 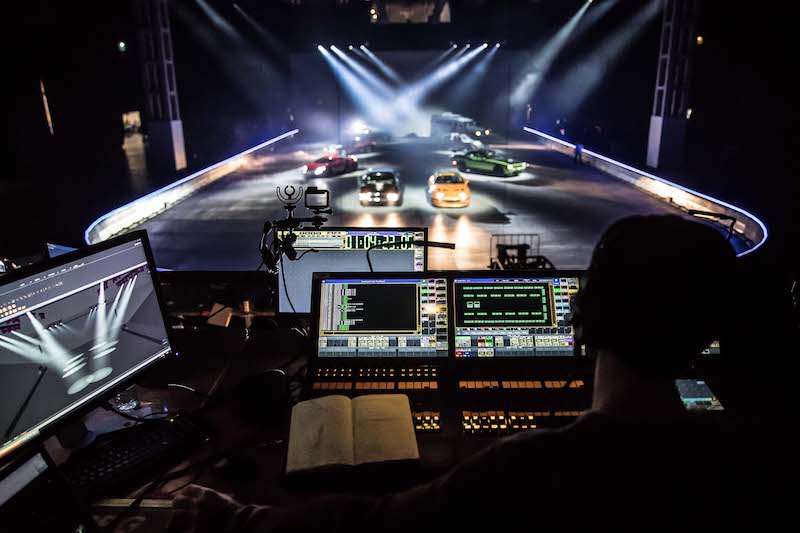 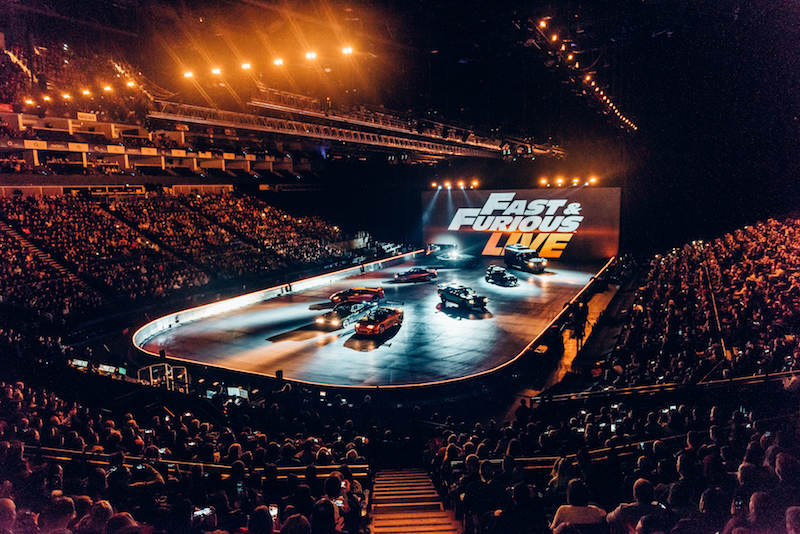 The arena show, which had its world premiere at The O2, features a 8k resolution screen that measures 26 metres wide and nine metres high and comes complete with five doors that raise to allow the stars of the show – 42 vehicles – to seamlessly enter and exit the show floor.

Morden, responsible for the tour’s video elements, worked with Aldridge to develop a spectacular production that would help place the audience in the show’s narrative. To achieve this end, it was, therefore, vital that PRG worked in close collaboration with Panasonic, BlackTrax and Brilliant Stages to create important elements for the technically advanced live event. 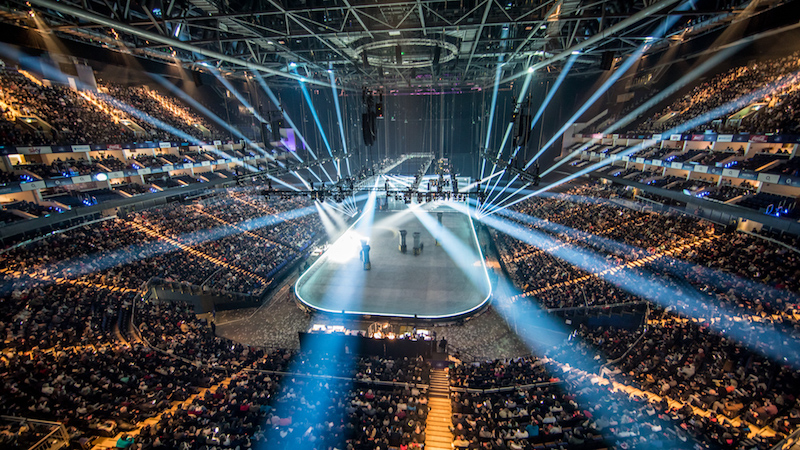 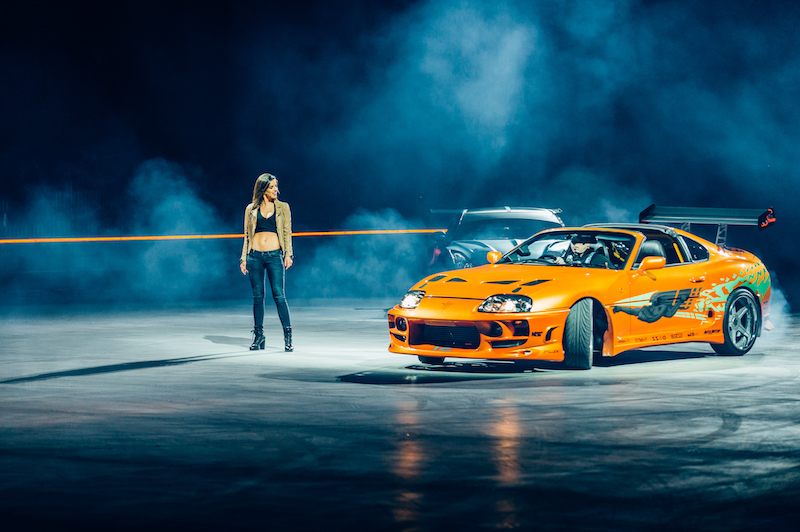 On track
Fast and Furious Live’s end screen plays a pivotal role in the show, as do 48 Panasonic PT-DZ21K projectors, which provide incredible detail, clarity and colour perception.

The show’s content – developed by Kate Dawkins Studio and Dandelion and Burdock – was custom-made to fit Morden’s original pixel map that was created in March 2016: Almost two years before the show debuted to a packed audience of Fast and Furious fans. 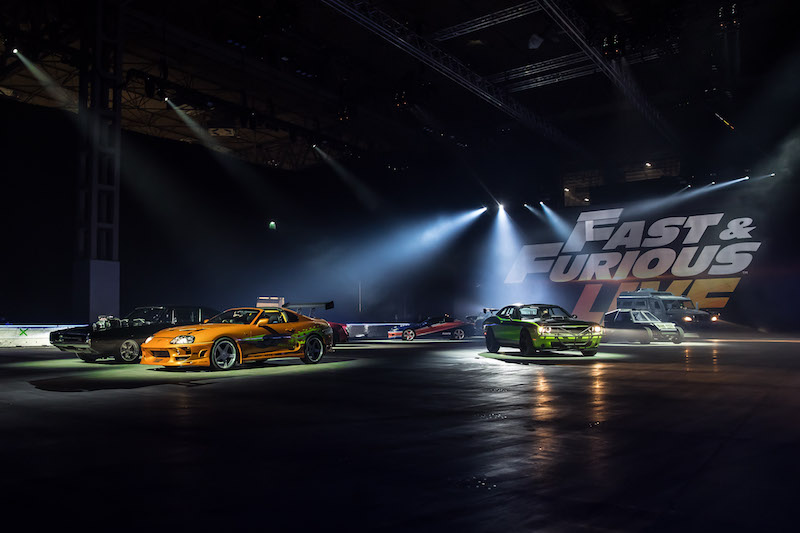 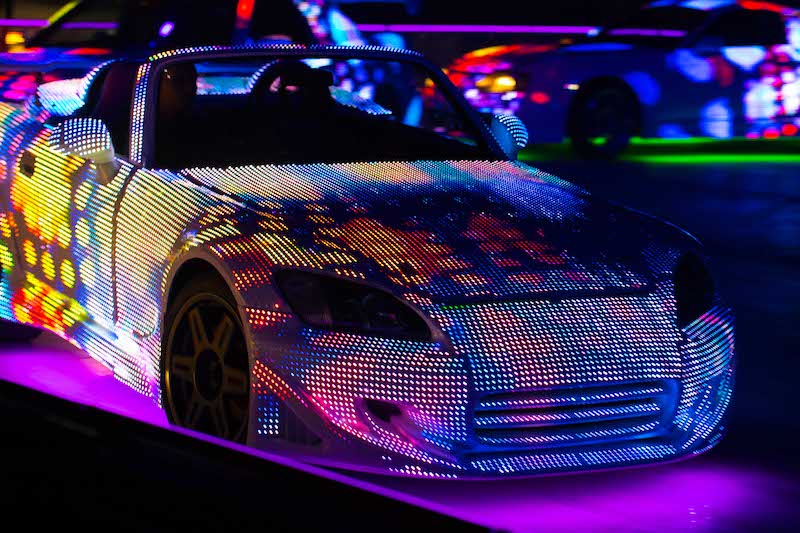 Morden explained: “Once we had confirmed final technical delivery requirements, we increased our ownership of Panasonic PT-DZ21K projectors and fibre distribution equipment in order to deliver 48 blended projectors across the show floor and huge end wall.

He continued: “The big technological aspect of the job for PRG was BlackTrax technology – this is a real-time 3D environment object tracking system, which was pushed further than it has ever been before. 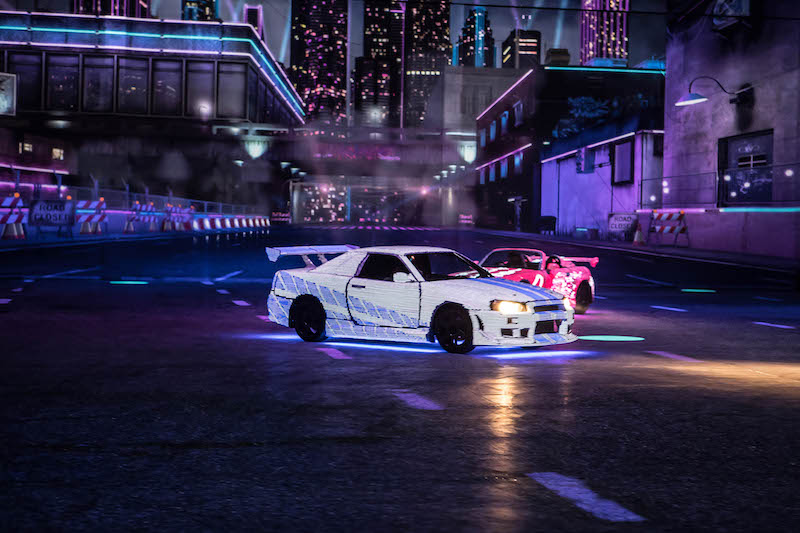 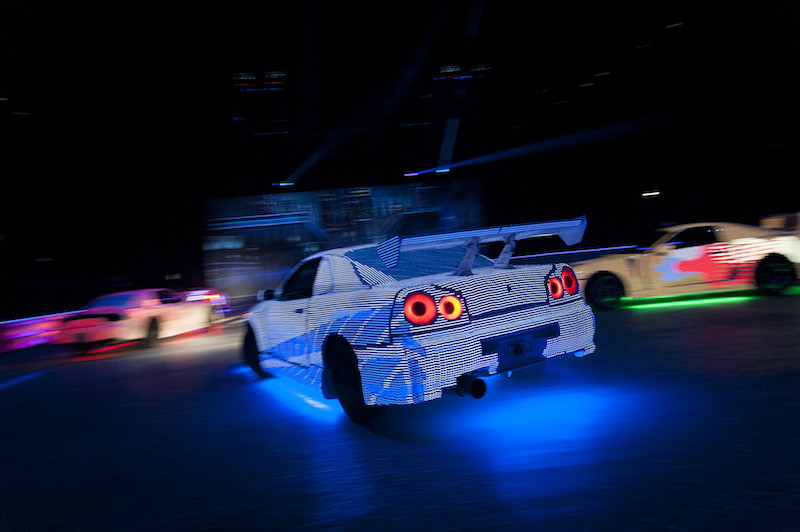 “BlackTrax allowed us to place markers onto objects such as cars, actors and scenic pieces and through an array of infrared cameras, we are able to locate them in real-time. This enabled the team to cut projected images. We knew that by using this tech we could safely project a floor image onto the floor and not on the roof of a moving vehicle,” Morden continued.

“Furthermore, myself and the team were able to take a live position feed from Brilliant Stages’ automation system in to our media servers so that we did not project content when the doors in the end wall were raised.” 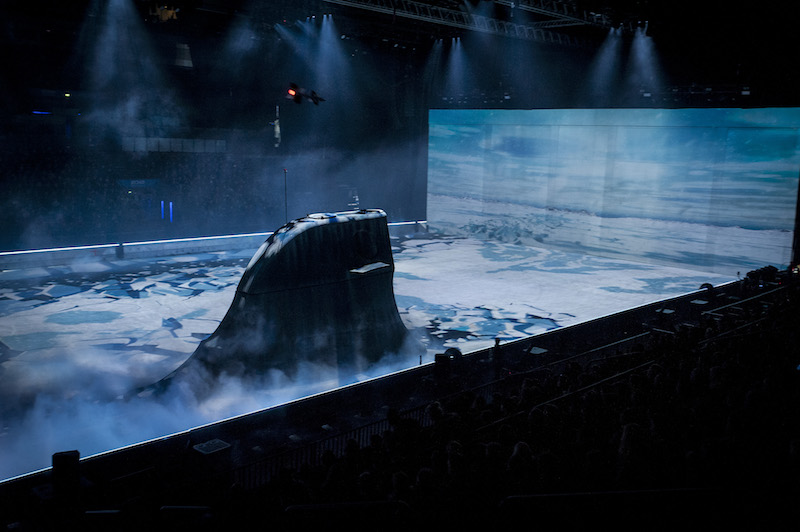 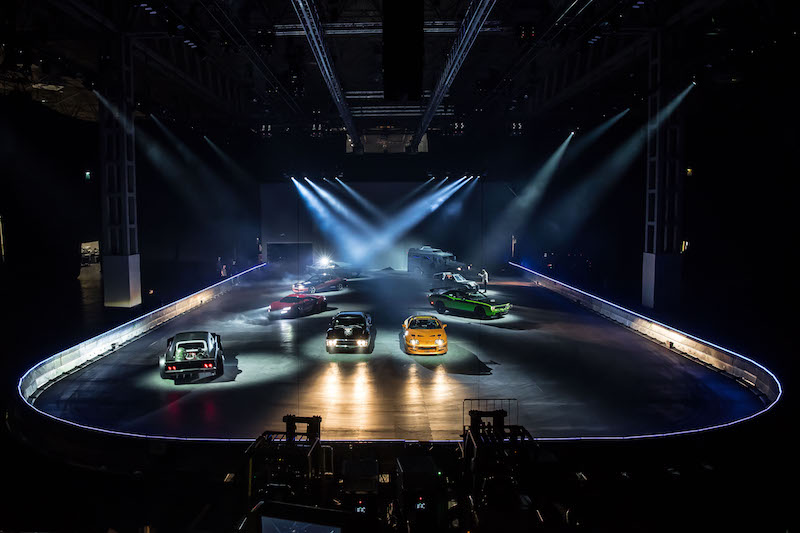 Driven team
Four projectionists, one media server programmer/operator and a BlackTrax engineer are currently touring the UK with Fast Live Productions, ensuring all video and projection elements on Fast and Furious Live run smoothly. Now that the show is touring, the crew begin loading in at 4am and within 36 hours (multiple shifts), the entire show is built and flown: Projectors are lined up, trimmed for colour and intensity and BlackTrax is calibrated. 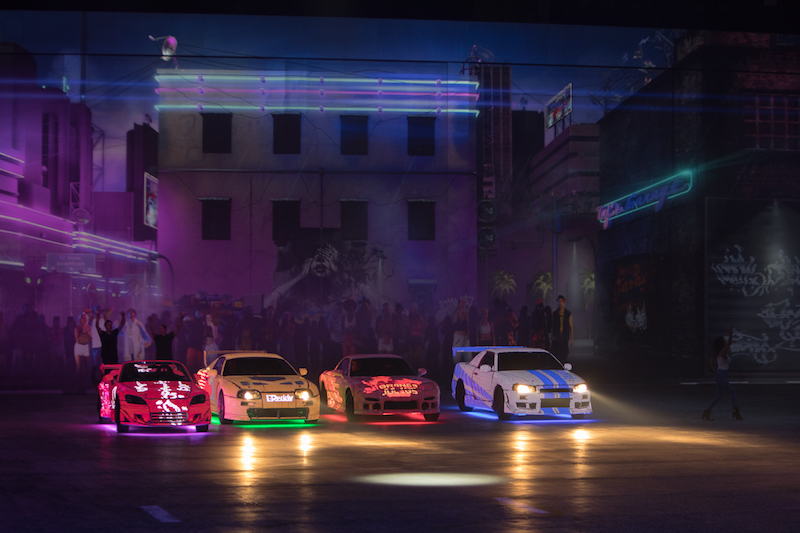 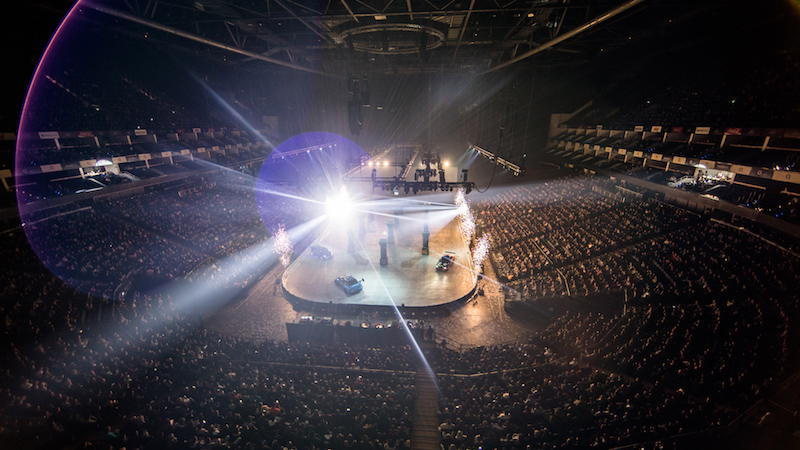 Morden praised the incredible “team effort” that it has taken to deliver a show that will visit 24 cities in 15 countries, including Germany, Switzerland and Spain.

Morden said: “This project has required the amazing hard work and effort of an experienced team. From the very beginning, we have ensured that even small challenges have not impacted on what is a huge production.

“For example, we had some custom metalwork fabricated to better rig the projectors. This simplified the rigging process and speeded up load in and load out.

“While the sheer scale of this endeavour is daunting, and expectations on this project are extremely high, one of the biggest challenges on this project has been the packaging: In other words, how we present the equipment to go out on tour, to make the rig as simple to build as possible and as easy to manage and de-rig.

“Thankfully, we have an incredibly bright and efficient team that decided upon ‘projector doughnuts’; a relatively simple solution to keep projectors in pairs for travel, as well as rigging. This has reduced the number of projector boxes from 50 to 26. This means less trucking and packing and has made load in and load out easier and faster,” Morden concluded. “Or should that be more fast and furious!”