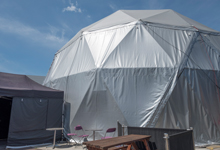 Supporting the team from GaiaNova, PRG recently supplied high brightness projectors for a demonstration of the GaiaNova 360˚ Theatre – a pop-up projection dome.

The 360˚ dome, with specially created content, can create a highly immersive experience. Creation of content for the dome is similar to the methods used for virtual reality (VR) experiences, but the end result is much more social, and removes the need for expensive headsets. 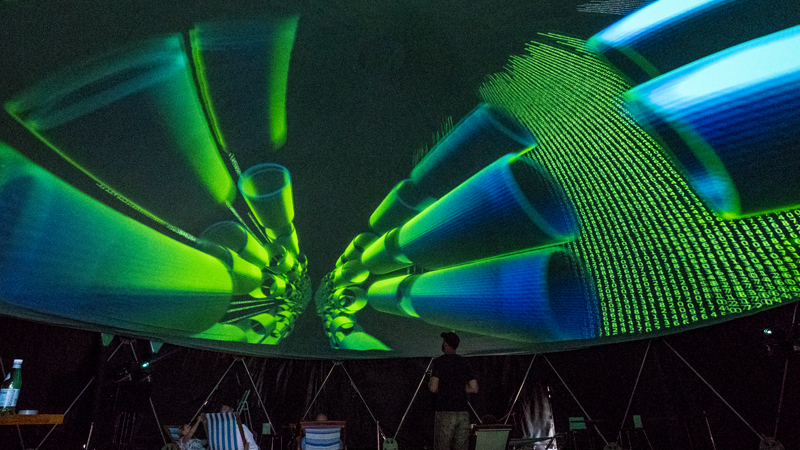 Mapping of the dome is done using a 360˚ camera system, which is much quicker than traditional projection mapping. The full dome projection requires six projectors emitting 20,000 lumens each. 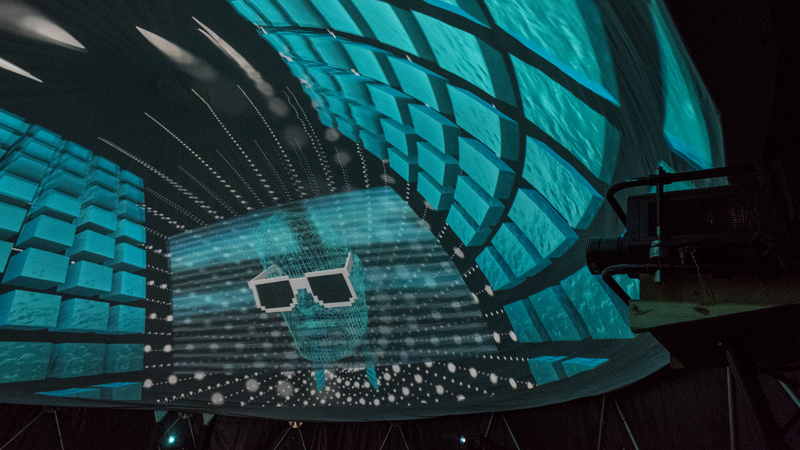 The self-supporting dome structure packs down into a single small container, ready to be transported by road, rail or ship, and can be constructed almost anywhere.

The GaiaNova 360˚ Theatre holds up to 1000 people standing, or around 200 in reclined chairs or hammocks.

To enquire about hiring the dome, and projectors for your next event, please contact Emily Gibson or Steve Greetham. 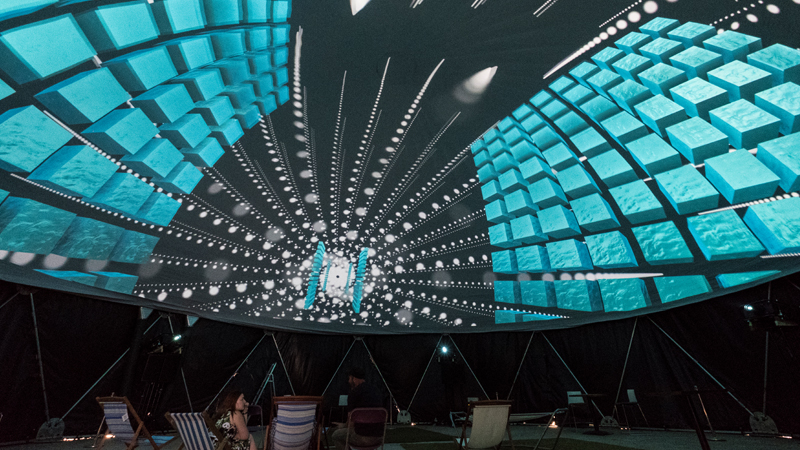