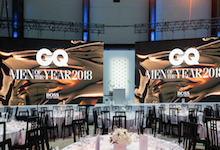 Now in its 21st year, the GQ Men of the Year Awards pays homage to distinguished men and women who have been responsible for shaping the culture of the world, either through style, politics, entertainment or sport.

This year the awards ceremony was supported by PRG, and produced by Timebased Events. The event took place in the heart of central London, within the incredible Turbine Hall of the Tate Modern. Worthy winners included Prince Charles, Rose McGowan and plenty more. 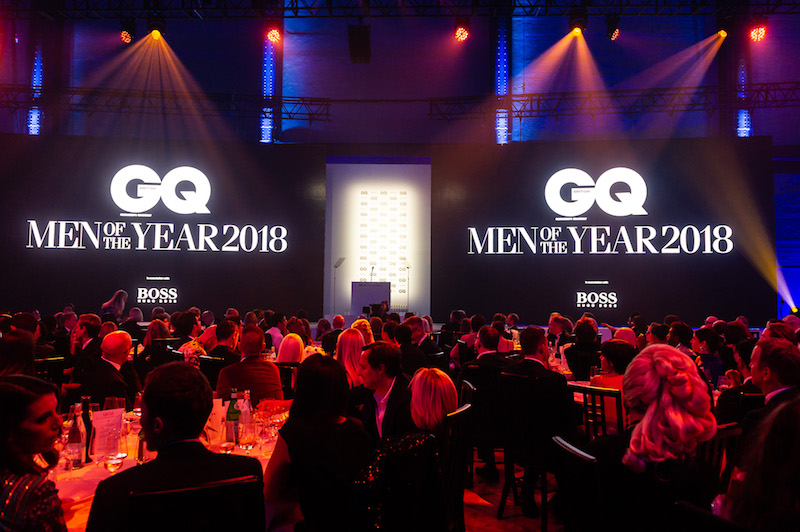 Timebased worked in partnership with the event’s creators, Conde Nast. This partnership dates back to 1996, when Timebased was chosen to produce the very first GQ Men of the Year Awards ceremony. Over the years the annual event has evolved, gradually becoming one of the world’s most anticipated, star-studded events.

The GQ Men of the Year Awards had been held at the Royal Opera House for over a decade. Ceremonies historically took place within the stunning glass-vaulted Paul Hamlyn Hall. But when the space became unavailable due to redevelopment works, Timebased knew it had to locate a venue that would likewise champion the cultural prominence and prestige of the awards. 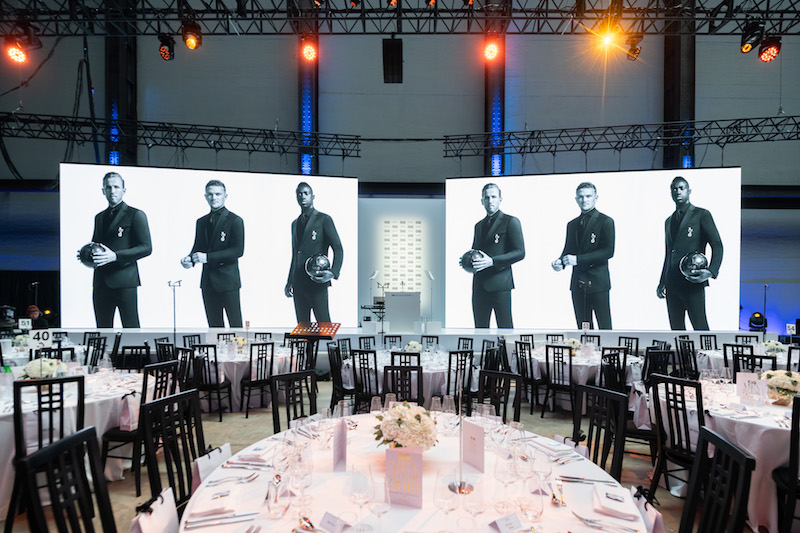 The iconic Tate Modern is an inimitable place to host prestigious events such as this. Timebased’s founder, Richard Dodgson said, “it is an honour to produce an event in such a world-famous setting. The grand and industrial aesthetic of the Turbine Hall perfectly aligns with the GQ brand and the heart of the event.”

Hosting an event at the Tate Modern presents its own challenges, however. In this case, one of the biggest obstacles was the speed required for the setup. All production teams only had half an hour from when the doors closed to the public to lay down the red carpet, finish production and open doors again for the guests. 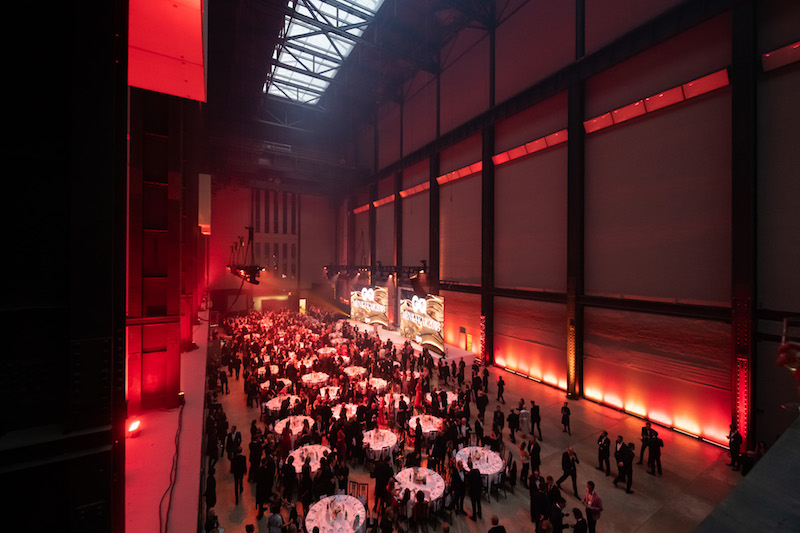 After the event, staff worked through the night to de-rig the set and ensure that the galleries could open for the public the next day. In addition to the dining hall space and the entrance with the suspended red carpet, the event required numerous backstage rooms and even different dressing rooms for Donatella Versace, Chris Hemsworth and the models. Katrina Hinrichsen added “It’s exciting to dress the spaces in the Tate and have it completely transformed once the sun sets.”

The end result was a standout event which made full use of an impressive central London event space, creating a worthy backdrop for this epic annual celebration. 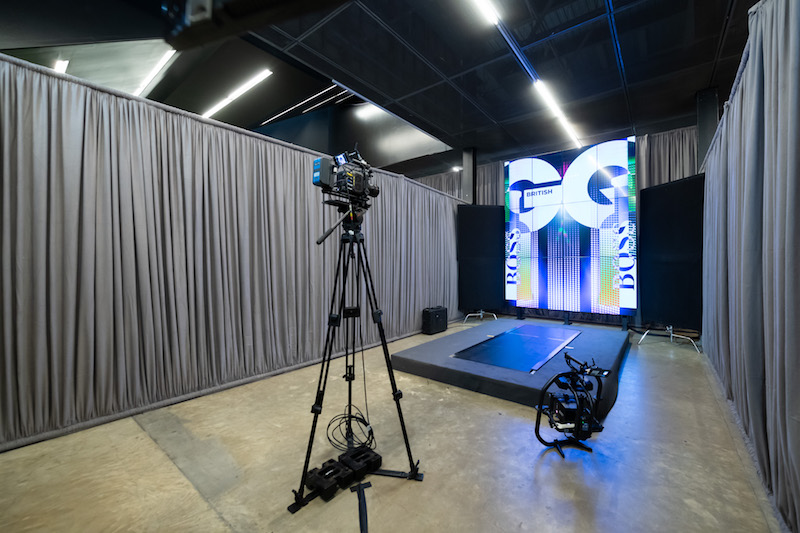 Richard Dodgson said, “The GQ Men of the Year Awards is always a spectacular event and somehow each ceremony seems even more phenomenal than the last. The GQ team, supported by Timebased, continually push to make it bigger and better than before, to remain at the forefront of discussions and to inspire global audiences. From the numerous cultural icons who attend the Awards to the creative sets and all the innovative digital aspects – holograms, video booths and more – the highlights are infinite!”

If you want to find out more about what PRG could do for your next event, whatever its size, we’re the people to talk to. Contact John Montague or Andy Johnston.