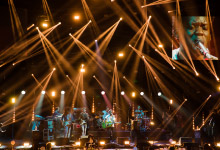 Established in 1992 by the British Phonographic Industry (BPI) and the British Association of Record Dealers, the Mercury Music Prize was created as an alternative to the BRIT Awards.

The 2016 event, now known as the Hyundai Mercury Prize, took place at London’s iconic Eventim Apollo Hammersmith and was won by Skepta, who beat new albums by a variety of artists including Radiohead, David Bowie, Anohni, and The 1975.

The awards event was produced by Lipfriend Rodd International. Producer, David Davies, and Technical Director, Robert Lipfriend contracted PRG XL Video to supply rigging, and lighting for the show which was filmed and broadcast by BBC Music. The lighting design for the show was created by award-winning designer, Nigel Catmur. 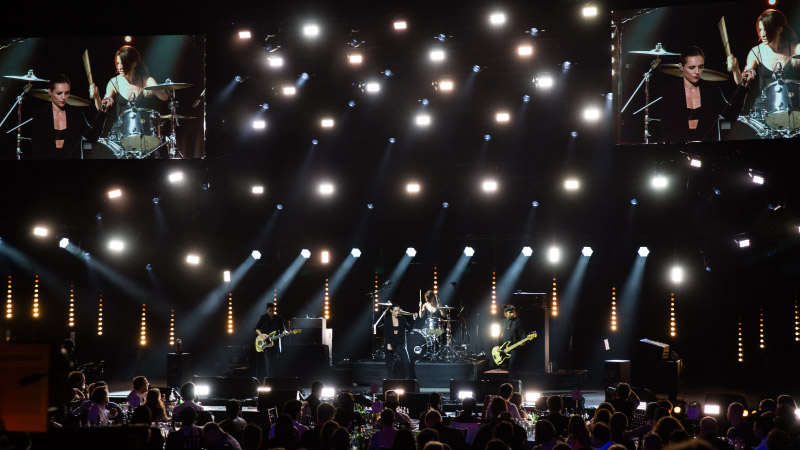 PRG XL Video’s Account Director, Chris Walker worked with a rigging brief which needed to accommodate both lighting and video elements, all of which moved during the show. Chris explains: “We worked with the design from Nigel Catmur, which included lighting, LED screens, and masking trusses.

“Our rigging team, led by Head Rigger, Chris ‘Karrit’ Harris, constructed four lighting trusses and one LED screen truss, and these were suspended on Kinesys Elevation 1+ enabled hoists, which enabled these elements to move multiple times throughout the show. The Kinesys Vector control system was operated by Bruce MacLeod and Toby Rouse.” 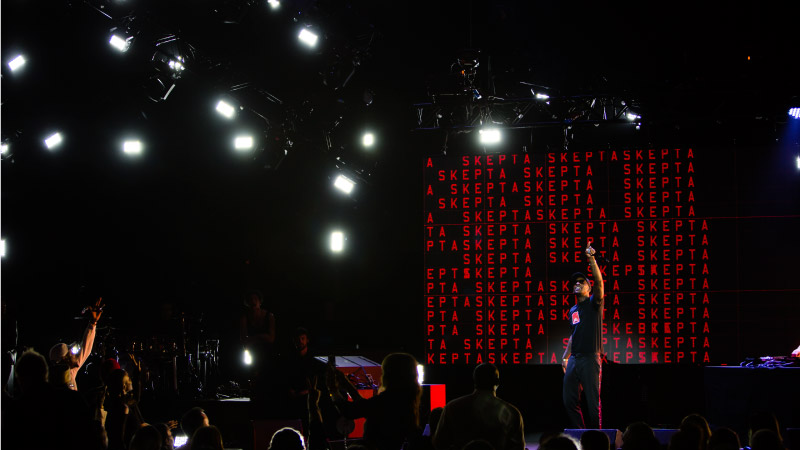 As the Eventim Apollo used a decked floor to create a flat surface for the tables at the awards, the stage height was raised. The increased stage height of 600mm incorporated a 10m diameter revolve, built by Stage One, and part of the challenge for Chris and the rigging team was to work around the build of the stage in a relatively short time frame.

PRG XL Account Manager, Mat Ilott explains: “For the lighting elements, we needed, and were given, an extra build day at the Apollo which ensured that we were able to get all the required cabling installed around the build of the extra height stage and flat floor surface. Once that was completed, our Crew Chief Marcus Robinson worked with the team to install an array of lighting fixures, as detailed in Nigel Catmur’s design.”

Nigel Catmur has worked with the Mercury Prize team for more than a decade, and in a variety of different venues. This year, Nigel’s design was shaped by both the venue and the number of performers.

He explains: “I worked within the constraints of the venue and stage size to produce a creative look for the lighting design. With up to 12 numbers to be performed in the same space, it was essential to be able to change the shape of the space to give it a different feel for each artist’s performance, whilst using the same rig. 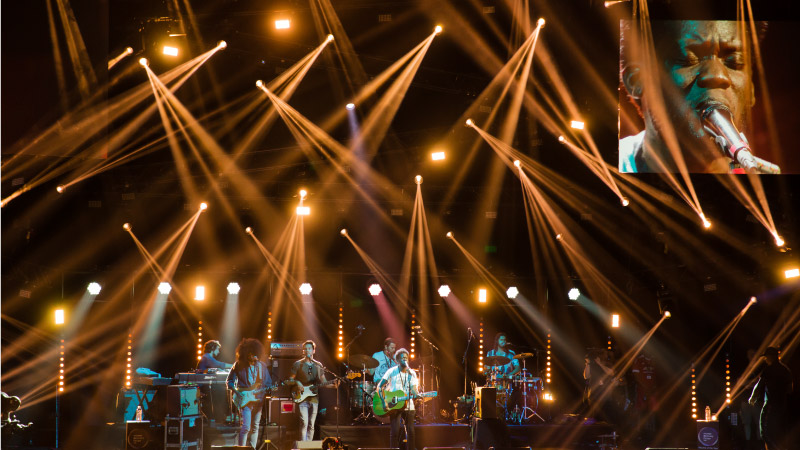 “It isn’t possible to bring in different floor items for each act, because the Mercury Prize is all about the music, and the backline rules the floor, so in order to get the lighting in low and move it around, the only option was to use motors.”

To realise Nigel’s design for the show PRG XL Video supplied GLP Impression X4 and X4S LED moving heads, PRG’s own Icon Beam and Best Boy HP spots, as well as a bank of Solaris Flare Junior fixtures which were flown upstage, intermingled with the moving heads. With the fixtures mounted on to the moving truss system, this enabled Nigel to create different looks for each performance.

Nigel commented: “I needed as many lamps as I could, but with limited programming time, having lots of only a few types of lamp aids the programming process significantly. At the point of design, the actual number of people on the stage at any given time is still very variable. As a result, I wanted lamps that could multi-task as both people light and effects lights out front, and then strong beam lights to define the structure of the moving trusses. The GLP Impressions, Solaris Flares, Icon Beams and Best Boys fit the bill.”

Mat Ilott summed up: “It was great to work with David and Robert’s team, who seamlessly put together this high profile show. Nigel’s lighting design looked great both in the room and broadcast on TV, and it’s always a pleasure to work with him. Finally I’d like to thank Marcus Robinson for his work on the show – he guides the crew brilliantly and with a great sense of calm!” 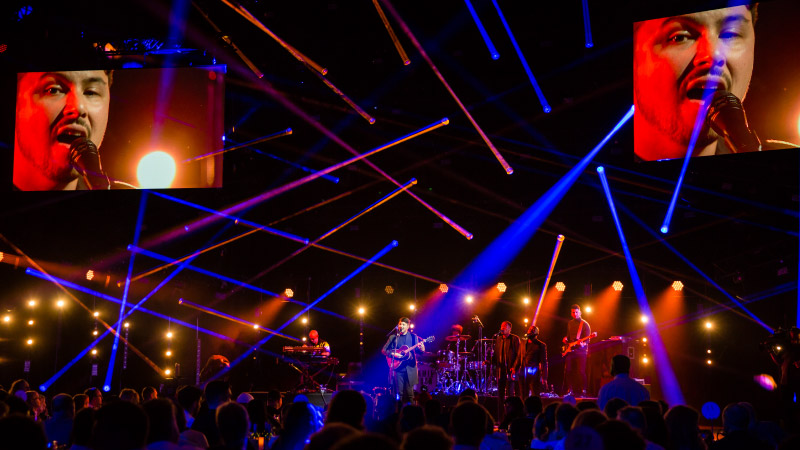