When the 40th anniversary arena tour of Jeff Wayne’s musical version War of the Worlds was announced, the shows production manager, Steve Nolan, called on PRG once again to provide automation. This proved the perfect opportunity to showcase the state of the art Movecat automation system which PRG has recently invested in. 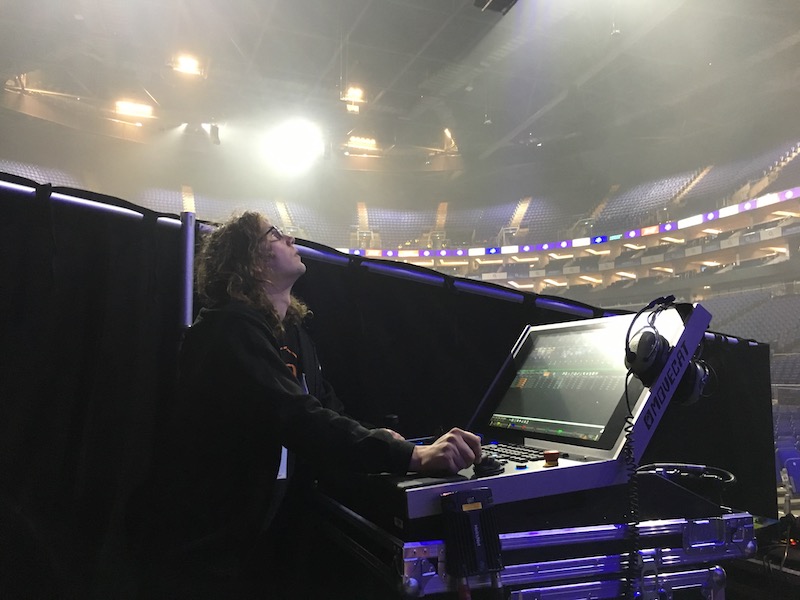 The show elements operated by the VMK S 500 and VMK S 1250 motion hoists consisted of the iconic 3-tonne, 35-foot tall Martian Fighting Machine which was manoeuvred on the stage and a huge arched bridge running through the centre of the arena which was lowered over the audience during the show. This is where the hoists SIL3 safety factor, currently the highest on the market, really came into its own. 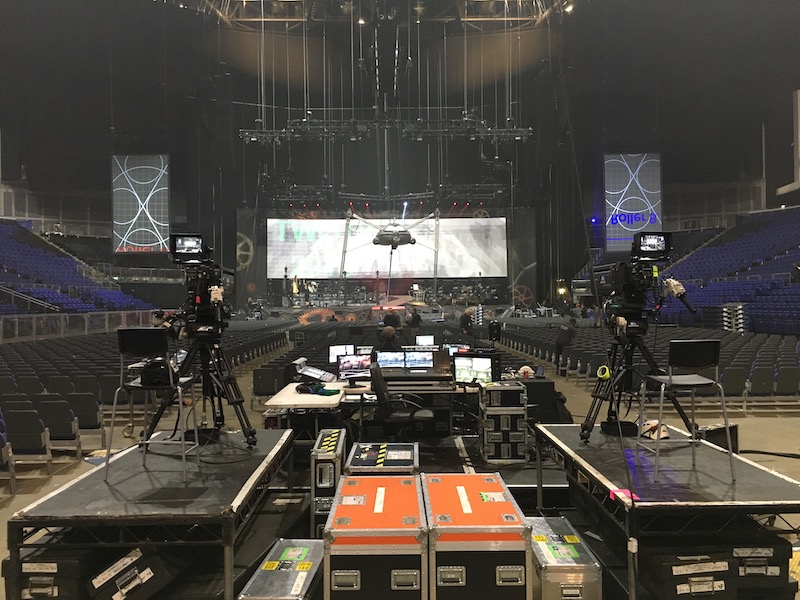 The Movecat control desk is optimised visually, which makes programming easier and the touchscreen allows to easily select individual motors, for ease of programming and running. Its 3D graphics enable our team to easily generate and program complicated shapes, such as raking multiple motor trusses, and it can even trigger cues from DMX and time coding.

A much smoother set of cues can be programmed and run, thanks to Movecat’s motor zero speed capability. Not only can the Movecat V-Motions be placed on the truss, they can also be suspended from a head cable length of 70 meters in a rack backstage. Both vertical and horizontal motion are possible with Movecat. Built-in load cells in the hoists also enable the team to safely move large items over the audience's heads which is where the SIL3 automation system really comes into its own.

All Movecat components have been optimised for particularly quiet operation, which is essential when being used in shows such as War of the Worlds.

Movecat connects all operators, enabling our teams to easily integrate motion signals and synchronise them with video and lighting cues. Cooperation between the motion operator, the light operator and the video operator has never been better.

PRG is a leading international full-service provider of technical expertise and equipment for corporate and special events, music touring and festivals, theatre and the arts, exhibitions, brand activations, and film and television productions. To find out more about what we could do for your next event, get in touch.