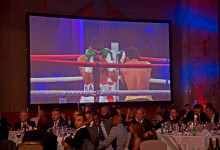 The annual event, which raises funds for the music therapy charity, was supported by an array of stars, and included dinner, a live auction and a program of boxing featuring a Title Fight between Alan Higgins and Eric McKonzo. 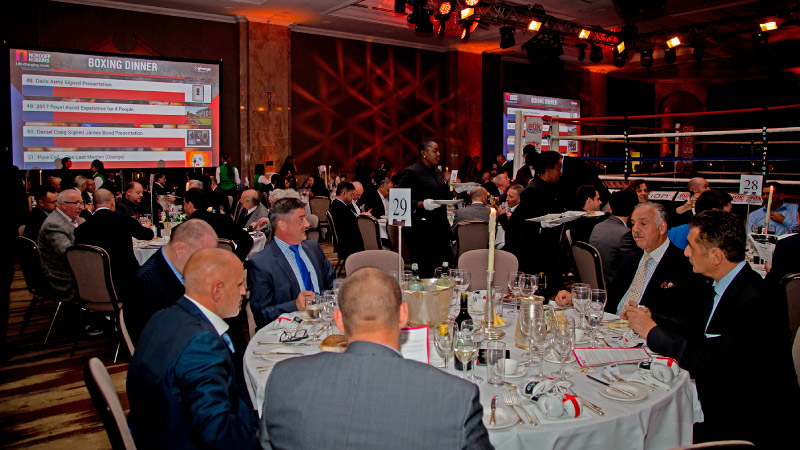 Working alongside industry colleagues, John Henry’s Ltd, who provided the Production, Audio and Staging; and Zig Zag Lighting; PRG XL supplied video equipment for the event including plasma screens, camera system and projection. These were used for sponsor logos, details of the boxing bouts, IMAG from the camera feeds; and information about the live charity auction which was hosted by British former-World Light-Heavyweight Boxing Champion, John Conteh.

Annually the Nordoff Robbins Boxing Dinner raises valuable funds for the life changing music therapy the charity provides to thousands of vulnerable and isolated people each year. In the hands of a trained practitioner, music therapy can be used to support people living with a wide range of needs.

PRG XL Sales Director Rich Rowley comments: “We’re delighted to be able to support the Nordoff Robbins Boxing Dinner. The charity provides such important support via their music therapy, and we’re happy to be able to help stage another great evening of sporting entertainment.” 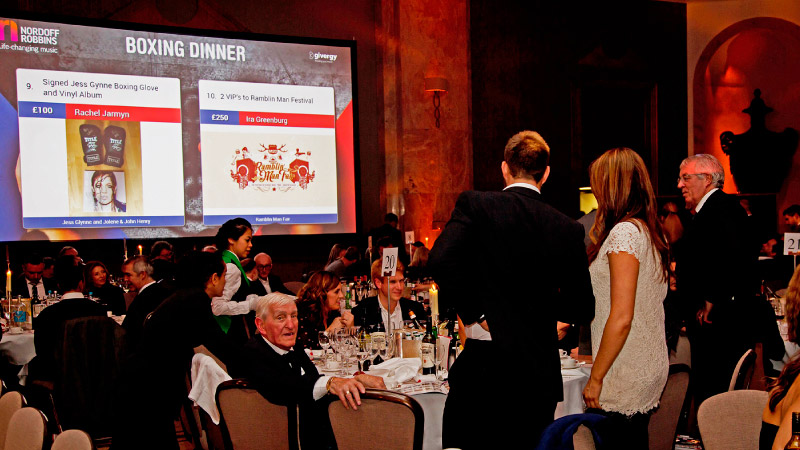