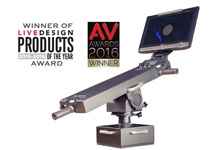 Each year, the very best productions and performers in UK theatre are honoured at the Olivier Awards with Mastercard. For the past few years the event has been held at the Royal Opera House in central London, but for 2017 has moved to the prestigious Royal Albert Hall in Kensington.

The awards celebrate not only acting performances, but also key personnel who create theatre productions including directors, creatives, and designers. In 2017 the ceremony is being broadcast live on Sunday 9th April from 5.30pm on Magic Radio, and shown on television two days later at 8pm on ITV1.

With the move to the Royal Albert Hall, the larger venue required rear followspots with sufficient light and brightness for the television broadcast. Additionally, the unique layout of the Royal Albert Hall and Peter Bingham’s stage design would necessitate the use of followspot operators flown in chairs above the stage and performers – both issues which are counteracted by using PRG’s GroundControl™ Followspot System.

The system splits the followspot into three parts; the lighting fixture, which incorporates a camera with night vision mode and is flown from a lighting truss or mounted around the venue; the controller unit that, along with the operator, can be located anywhere in the venue within 610 metres of the fixture; and the truss box which forms the conduit between the fixture and the controller.

Olivier Awards Gaffer, Cy Dodimead has used PRG’s GroundControl™ Followspot System on a variety of events, including music festivals; The Voice television show; and the recent Teenage Cancer Trust live shows at the Royal Albert Hall, and so understood the benefits the system could provide on a show like the Olivier Awards.

He comments: “For me it was the perfect solution to the problems associcated with truss spots, like breaks and safe access. We have a long rehearsal and tech period in which organising breaks and time to safely get the operators down from the truss chairs would have impacted on both the staff and the show. After conversations with production and the producers, they were sold on the idea of having the operators in a location with easy access and it solved the problem of ugly looking spot chairs in the rig.”

For Olivier Awards lighting designer, Ben Cracknell, this is the first time he’s used the fixtures, and he’s keen to put them through their paces: “From what I had heard about the GroundControl Followspots it seemed the perfect solution for rear spots. Visually the truss wasn’t interrupted by large spot chairs, and the added bonus was that I can use them as ordinary moving lights just by changing the control channel on the desk. The added TV-friendly colours in them meant I didn’t have to ask operators to change frames all the time, and could leave them to concentrate by just giving them iris, dimmer, and, of course, movement control.”

For more information on the awards visit The Olivier Awards with Mastercard website.

The journal of the Guild of Television Cameramen, Zerb, recently published an in-depth article about the use of GroundControl on TV and theatre shows. To learn more about GroundControl and read the full article, click here. 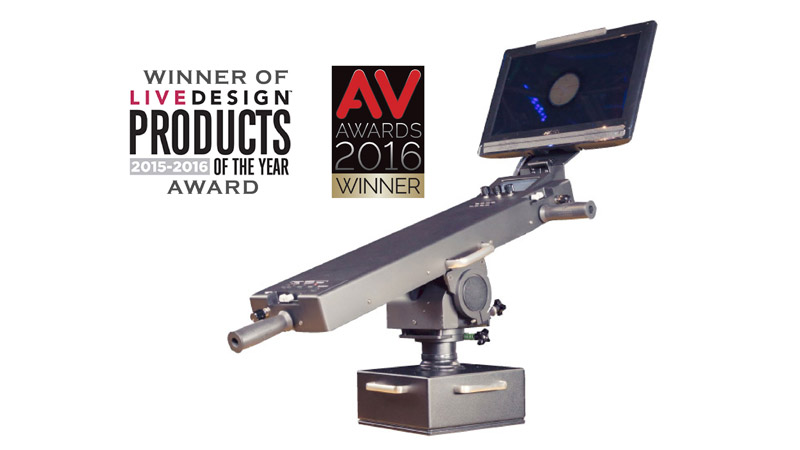