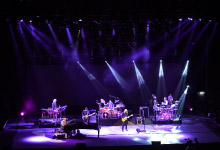 Sir Elton John is one of a number of acts PRG has had the pleasure of working with for many years. Account Director Jon Cadbury explains a little about PRG’s history with Sir Elton’s tours: “We have been working with Sir Elton and his touring team for many years, and we supply lights for most of his shows around the world. I look after them in Europe, together with a fairly consistent, and excellent lighting team, and my colleague Curry Grant takes care of all of the North American and rest of the world shows. Sir Elton usually tours twice a year in Europe, as well as touring the US and the occasional residency in Las Vegas; it’s like he’s on a never-ending tour – he is surely one of the hardest working artists touring today.” 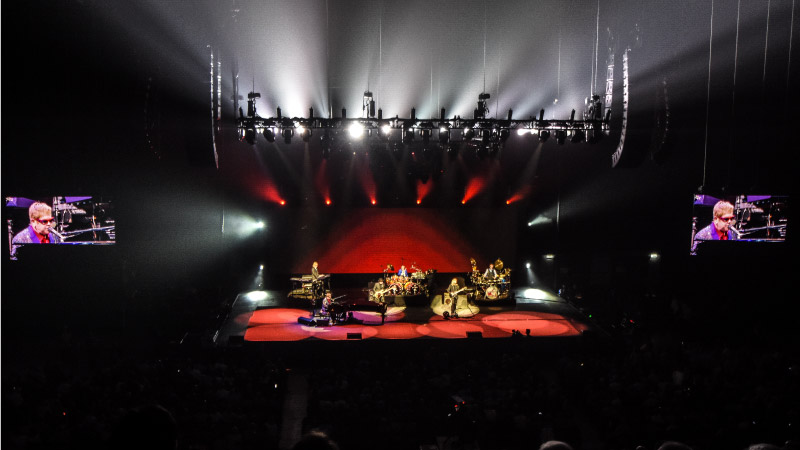 As part of a wide-ranging tour, taking in numerous countries around the world, Elton played a number of dates around the UK this Summer. We had the opportunity to catch up with Lighting Crew Chief Lars Kristiansen, and Lighting Designer Kevin ‘Stick’ Bye, when Elton and his band played the First Direct Arena in Leeds.

Lars has worked with the touring production and the LD for fourteen years, during which time there have been various designs which have been utilised in a variety of venues, from racecourses to rugby stadiums, and arenas to cabaret clubs. “There have been lots of subtle changes to the lighting rig over the years. I think that what we have now is a very good system, it’s multifunctional, bright and we can now get the whole rig in the air in two and a half hours. The main lighting fixtures used are Vari*Lite VL3000 spots, Vari*Lite 3500 washes, Clay Paky Sharpy and Beams, and Martin Mac Viper AirFX moving lights.” 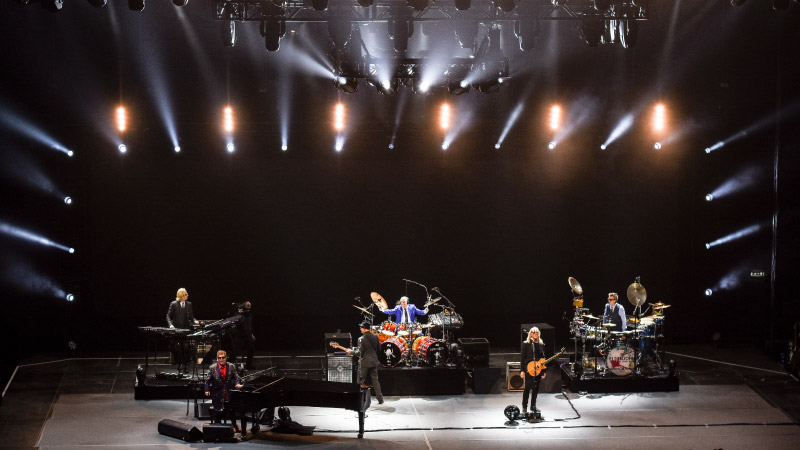 One recent change to the touring rig is the use of the PRG GroundControl™ Followspot System. Lars explained: “When I first saw them in action at an open day at The O2, London last year, I knew we had to have them for the tour. We use four Best Boy GroundControl heads on our front truss, in line with the key lighting, with the base station controllers set up behind dimmers at the side of the stage. Compared to regular followspots, they’re super-easy to set up, with the added benefit of not having to deal with in-house spots and local crew in the different venues we play.”

This is also a benefit to Marshall Arts, Sir Elton’s long-term tour promoter who do not have to construct front of house followspot towers with the associated logistics issues and potential audience sight restrictions.

Kevin ‘Stick’ Bye is also an ardent fan of the GroundControl: “Moving to a remote followspot system has given us more freedom - we’ve improved the sightlines for a lot of the audience, by not needing to build a tall front of house structure, which would have impaired people’s views in some of the venues we play in such as rugby grounds or racecourses. Moving from M2s to GroundControl was smooth and seamless.”

Stick has been with Sir Elton’s touring team for eighteen years, and described the current show design: “We’re presently touring a lighting rig designed by Patrick Woodroffe, the concept of which is pretty basic - the intention being to keep the attention on Sir Elton and his band, with the lighting adding a bit of flavour and embellishment. The upstage LED wall is used for simple, wallpaper-like content. The lighting looks mostly use the colour pallet determined by Patrick, with the layout of the lights adapted and scaled up or down, depending which venue we play in. I try to stick as closely as possible to Patrick’s design, most of the songs are very monochromatic - reds or blues, and then we let it all loose and go crazy at the end!” 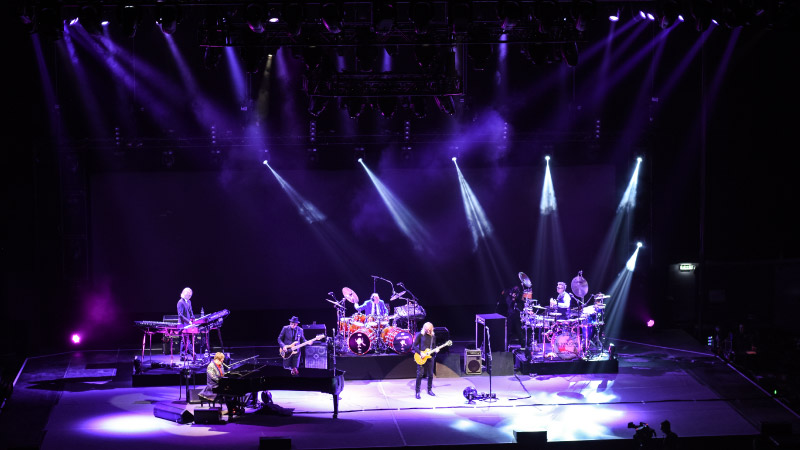 Stick operates the lights from an MA lighting GrandMA2 console: “Being an old Vari*Lite guy, I used to use a Virtuoso console, but we needed something which was available and could be supported around the world. The MA2 is an excellent console, and is unbelievably stable, which means I don’t have to deal with unexpected board crashes. The show is run cue to cue, we and we don’t use timecode because each night is different. Sir Elton will play some songs faster or slower, and has even been known to stop and start over. I have lots of busking pages, with song-specific colour bumps and effects worked out between Patrick and myself. I think what we ended up with is the best of both worlds, the flexibility of manual control, with the security of tight cueing.”

The video content for the show is replayed through a PRG Mbox media server. Lars explained the unique set-up used on these tours: “We’d been hiring Mbox from PRG for several years, taking a full-sized rack out on tour, with the software running off of Mac Pro towers, but this was inconvenient when we were doing small shows abroad and wanted to check the rack in as general luggage. To resolve this, I built a custom system using two MacBook Pro laptops in a Peli Case with processing and routing hardware, and bought our own version of the Mbox software from PRG. We now have a compact, lightweight video playback system which can be transported easily around the world.” 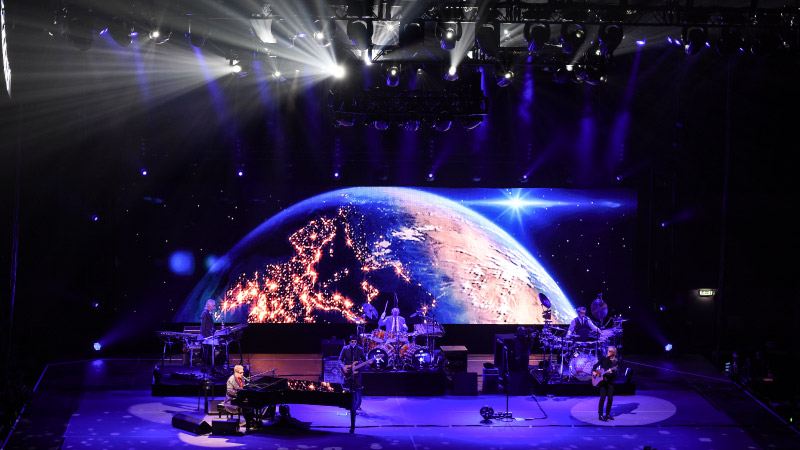 Jon summarised PRG’s relationship with Sir Elton’s production team: “It’s nothing short of a pleasure to facilitate this artist’s touring needs. The rig is well designed and very practical for the varied needs of the tours. The hand-picked crew are one of the best teams we work with - they know the show inside out and are very loyal and dedicated to Sir Elton, trying to ensure they are available for his shows. Sir Elton John is an excellent customer whose loyalty we value very highly.”