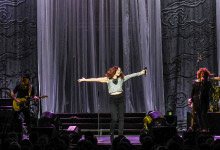 American musical theatre star, Idina Menzel, recently played the Royal Albert Hall, as part of the UK leg of her 2017 world tour. The singer, famous for her roles in Broadway blockbusters Rent and Wicked—is also known for her Oscar and Grammy award winning song ‘Let it Go’ from Disney’s animated film Frozen. Her current tour features a magical medley of numbers from the musicals she’s appeared in, as well as her own solo songs, covers, and the instantly recognisable, Let it Go. 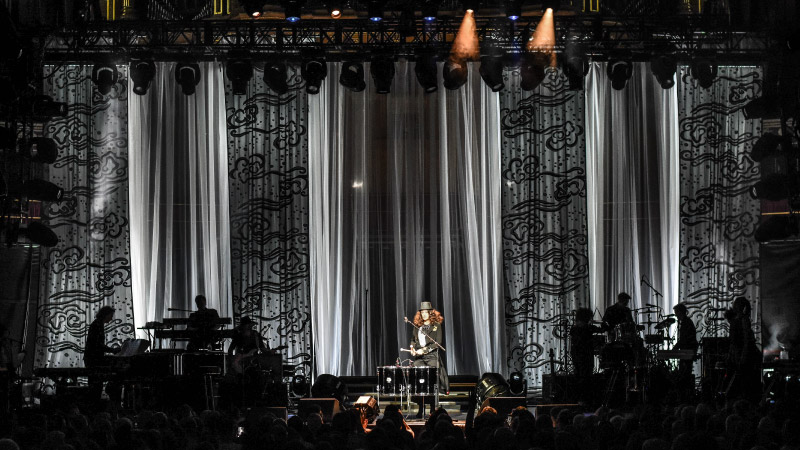 Production, lighting and video design for the tour is by Abigail Rosen Holmes, who has also designed shows for artists such as Miley Cyrus, The Cure, Shakira and The Pet Shop Boys. Working with Abbey on the design and programming of the tour were Felix Peralta lighting programmer, Dan Scully video content and editor, and Eric Marchwinski programming video. Lighting and Video Director, Teddy Sosna commented: “Abbey and I have worked on numerous projects together—we met several years ago when she was teaching lighting and video design at Carnegie Mellon School of Drama in the US, where I studied. Abbey knew the passion I have for lighting in the theatre and brought me on-board for the 2015 Idina tour, and I’ve been part of the team ever since.”

Teddy discussed some of the looks and how PRG was able to help pull them off: “The lighting style is very theatrical, it’s an intricate design which focuses on soft and elegant looks, while still building up the excitement of a pop concert. The back of the stage is covered with strips of white voile, punctuated by panels of light grey custom woven jacquard fabric from Rosebrand, featuring a pattern based on a design which Abbey came up with specifically for this tour. The toughest part of pulling off a big looking and elegant show can be working with the various constraints of each venue. We owe so much to our PRG crews who contribute their decades of experience, and practical creativity to fill every last inch of our often historic and unique venues. Our UK crew chief Steve Sinclair has been able to adapt our rig to fill all sorts of challenging spaces, and in the US Rob Simoneaux is with us again for a second season, going above and beyond at every turn to ensure that anything PRG can help facilitate, no matter how trivial, is promptly taken care of.” 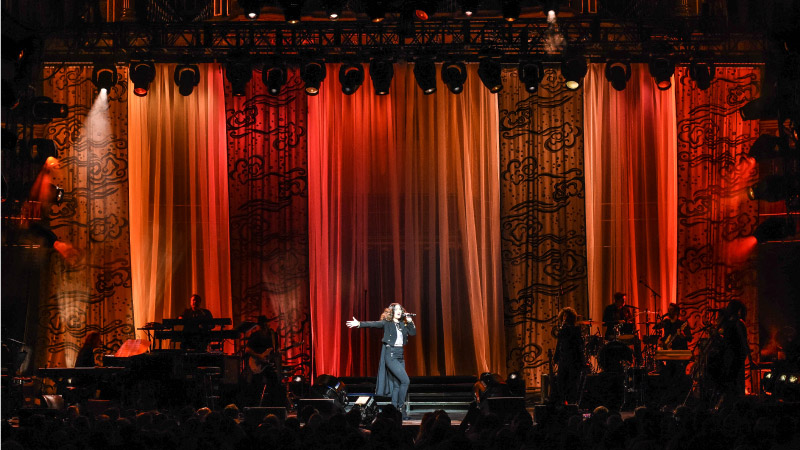 Abbey and Teddy have designed the show beautifully—the stage is lit with a delicate grace, which enhances Idina’s inimitable vocal prowess and animated stage presence. Their lighting of the rear fabric is so precise that it has an ethereal feel about it—the fabric and colours move gently in the breeze from the on-stage fans, the result of their endeavours is a sight to behold.

For the Royal Albert Hall show, Teddy also took advantage of the beautiful architecture surrounding the stage: “Everyone involved with the creative look of the show, including Idina, are keen to utilise the stunning surroundings of the venues we play in. When you program lighting for a show in a venue such as the Albert Hall, there is so much more you can do to enhance the aesthetic environment the audience occupies rather than in a black-box arena. Being able to take control of the architectural lighting in the Albert Hall gave me more creative freedom and enhanced the audience’s experience even further. A venue like this is so full of character!” Teddy operated the lights from an MA Lighting GrandMA2 lighting console, with pre-programmed cues being manually triggered by him rather than timecode, because of the quite big variances of how the set runs from show to show, with Idina indulging in the opportunity to interact with the audience between songs. 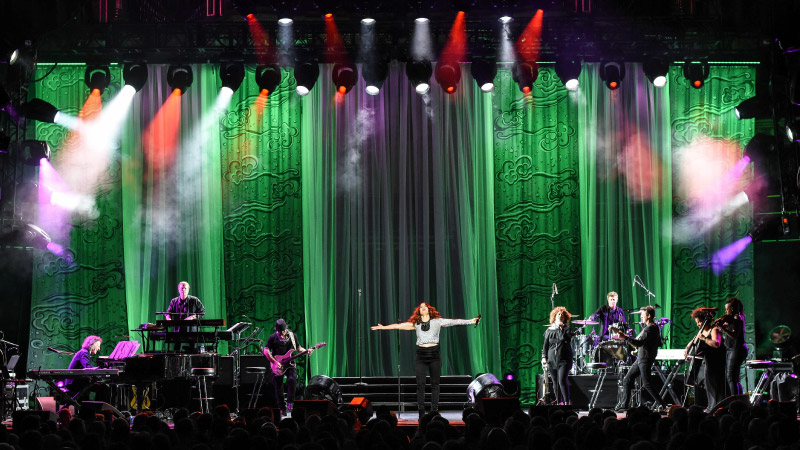 Following her show at the Royal Albert Hall, Idina Menzel continued her tour around the UK, before returning to North America. PRG are proud to be supporting Idina around the world, supplying a full lighting and rigging package, with ROE MC-7H video screens added for the US dates. The full show includes custom LED scenic pieces built by Tait, those and the video screens are controlled through Mbox. Yvonne Donnelly Smith, Director of Music (Lighting) in the UK said: “It’s a pleasure working alongside our colleagues in North America to support Tour Manager David Licursi, UK Production Manager Nick Belshaw, and Abbey and Teddy by supplying lighting and rigging for the Idina Menzel tour. The hard work and meticulous attention to detail by everyone involved is plain to see, when you watch this stunning looking show.” 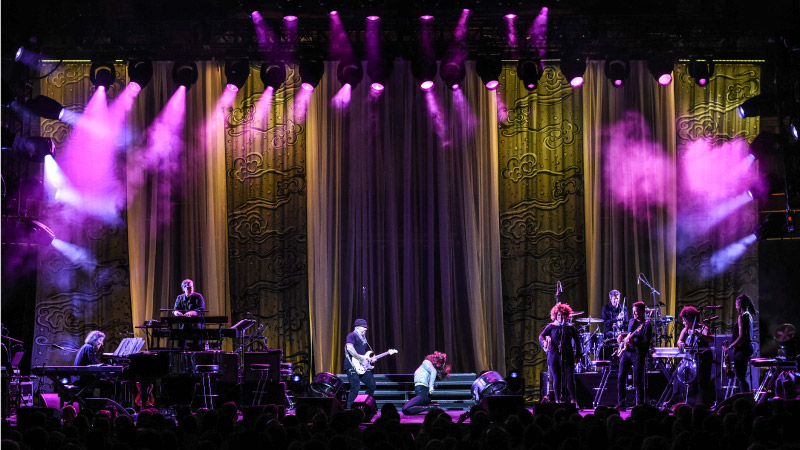