Celebrating some of the finest music and artists from the 80s, Rewind festival takes place over three weekends each summer. Starting in Scotland at Scone Palace, near Perth, then moving on to Capesthorne Hall in Cheshire, and with the final weekend at Henley, the festival includes performances from a variety of eighties superstars including Human League, Nik Kershaw, Go West, Level 42, Kim Wilde, the British Electric Foundation, and the Trevor Horn Band.

Unlike many festivals which take place over a single weekend, sometimes in dual locations, Rewind is a ‘touring’ festival, taking the same production package to different sites over several weeks. As well as the main stage, the site includes a Silent Disco, tribute band tent, funfair, and even an inflatable wedding chapel! 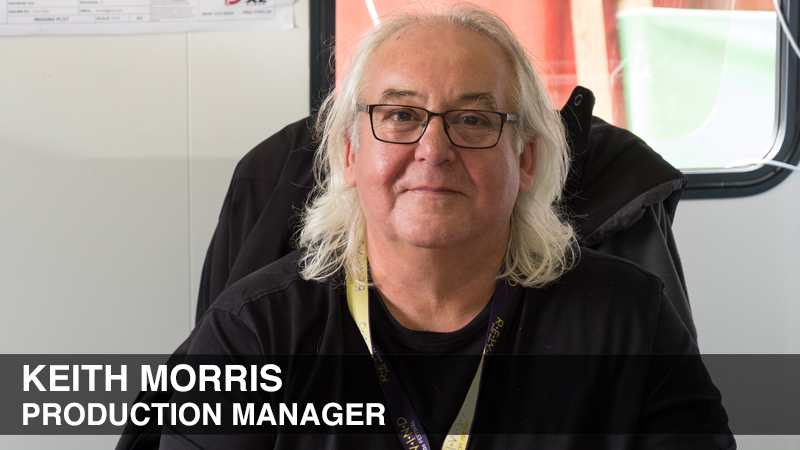 For the production, PRG XL Video’s Senior Account Manager, Paul McCauley, supplied three large LED screens, plus cameras and PPU system for IMAG. The rear upstage LED wall formed the backdrop to the stage, and two large portrait screens were flown one either side of the stage. Ian Jones oversaw the video crew on site, which, for the Scottish show, consisted of Chris Johnson, Mark Eisen, Steve Wood, and Fabrizio DiLelio looking after LED, and Rod Williams on cameras. Mark, Steve, and Fabrizio also doubled as cameramen over the weekend. 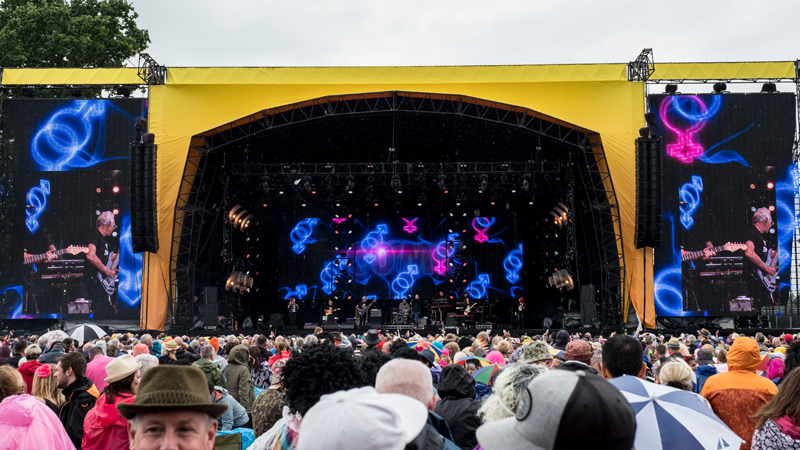 Two HD cameras were used for IMAG; one positioned at front of house with a long lens, with a further camera in the pit for close-up shots. The live camera mix was directed by Jerry Rosenfield using one of PRG’s Panasonic AV-HS450 desks with the PPU engineered by Glenn Austin. 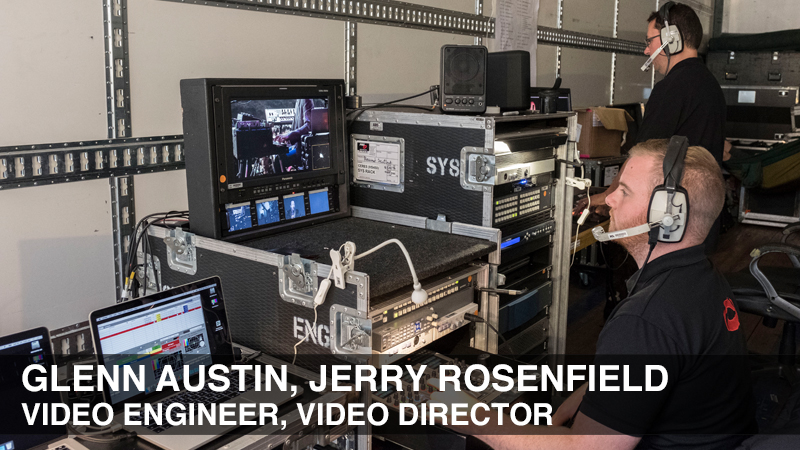 For his content, Miguel used d3 media servers to serve the content, controlled via one of PRG’s v476 desks. He paired this with a v276 on his laptop which enabled him to make small changes and adjustments on site or in the hotel over the weekends.

Paul McCauley commented: “It’s a real pleasure to continue working with Keith and the team. It’s great to see Rewind growing and employing new technology and bigger setups each year. These really engage the audience, and increase their enjoyment of the event.” 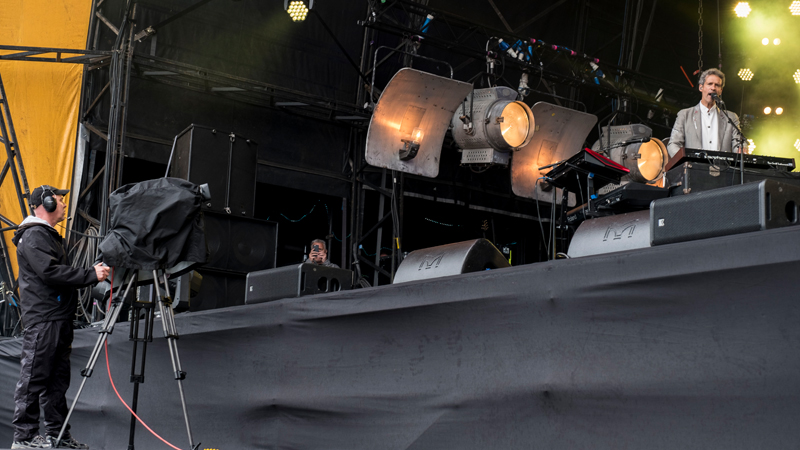 PRG XL’s Director of Music, Yvonne Donnelly Smith worked with lighting designer Martin Nicholas to supply lighting for both the main stage, and for the Silent Disco, which takes place in a large marquee tent on the Friday evening of each weekend, and after darkness on the other evenings. 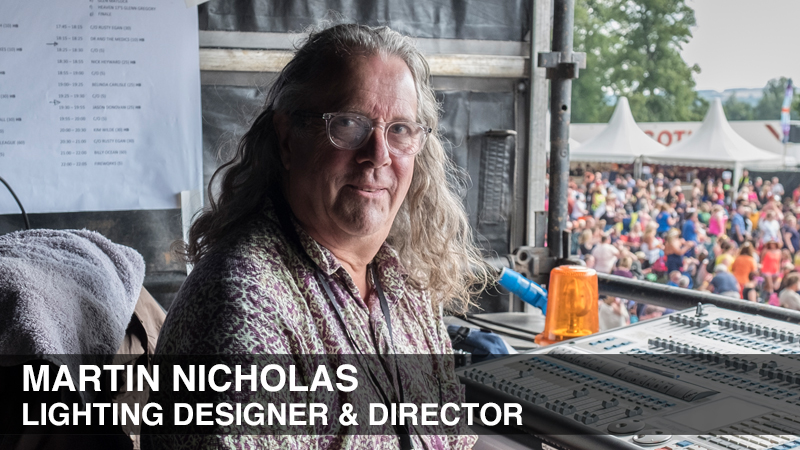 For the main stage a package of GLP impression X4, PRG Icon Beam, 2Lite Molefays, and VL3000 spot fixtures were used. These were complemented by a set of Sky Pan and Arri 10Kw vintage lights, which Martin restored and maintains himself. They line the sides of the main stage to, as Martin says, “create a bit of eye-candy and extra interest for the cameras.” 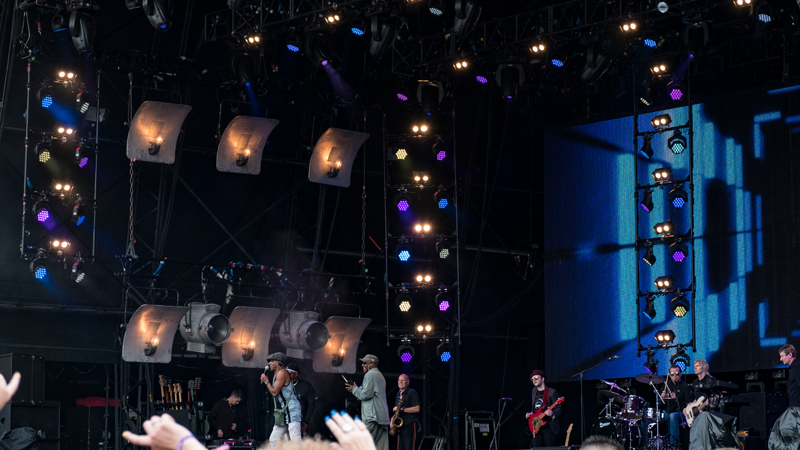 To create a different look for the lighting, Martin used ladders flown at the side of the stage and in front of the rear LED screen. These held a number of the GLP X4s and 2 Lite Molefays, and with the LED screen in use the ladders could barely be seen, giving the impression that the lights were floating in mid-air.

With a lot of performances taking place during daylight, it was key for Martin that the lights he chose were bright and punchy, so they were visible alongside the LED screens from day into night. He used an Avolites Pearl desk for control. The lighting crew for Scotland was overseen on site by Kal Butt, and included crew chief Paul Makin, Simon Swift, Mark Clough, and Richard Griffin. 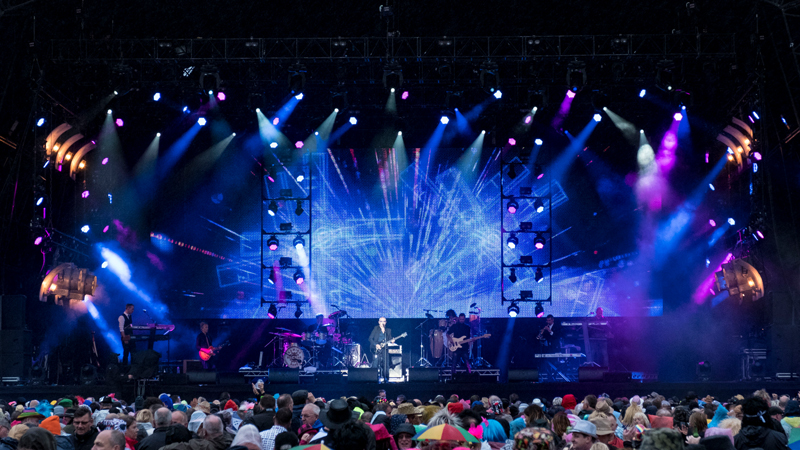 Technicians Mark Scrimshaw, and Dave ‘Lights’ Beazley looked after the Silent Disco lighting, which included an almost mandatory mirrorball. Festival goers were enticed to take part by two Supernova searchlights, which threw beams into the sky to let everyone know the disco was open.

The Silent Disco consists of two DJs each playing out a mix of 80s hits. Audience members each wear headphones with two channels, and people can choose which channel they want to hear. Effectively the DJs compete for their audience, and the lighting reacts in time to the most popular song.

Hazers create an atmosphere in the tent, and GLP X4 LED lights, and Icon Beams are used to pan around the space and bounce off the mirrorball. For added eye-candy and sparkle, Miltec LED battens lit up the space behind the DJs. 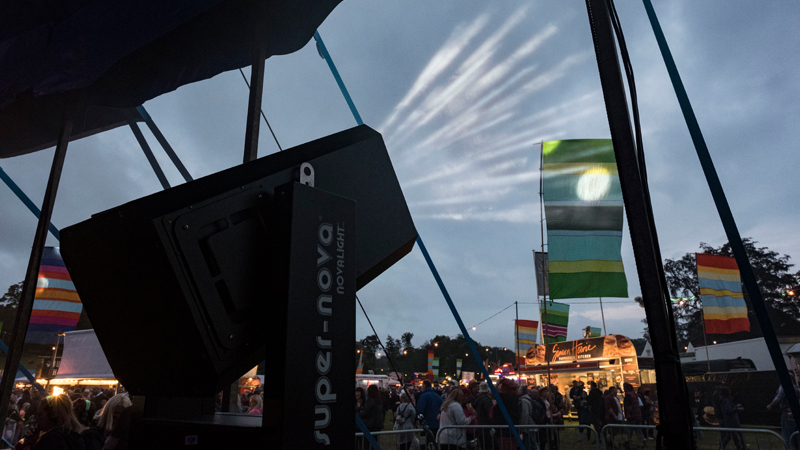 The main stage’s combination of brightly coloured lighting and beautifully crafted video content echoed back to a decade of great music, and crazy fashion, and many of the attendees immerse themselves dressing in 80s fashion or as their favourite characters from the time. It all makes for a huge party atmosphere, and Rewind grows in popularity every year.

Yvonne Donnelly Smith sums up: “Rewind is a great fun event to work on. PRG has been involved for several years, and Martin’s design grows in tandem with the popularity of the festival. Keith, Martin, Miguel and the team are a pleasure to work with!”