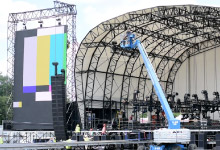 Taking place in East London’s Victoria Park across a weekend in mid-July Lovebox and Citadel festivals feature an eclectic mix of the coolest music artists around, with Frank Ocean and Chase and Status headlining Lovebox and Foals headlining Sunday night’s Citadel line-up. 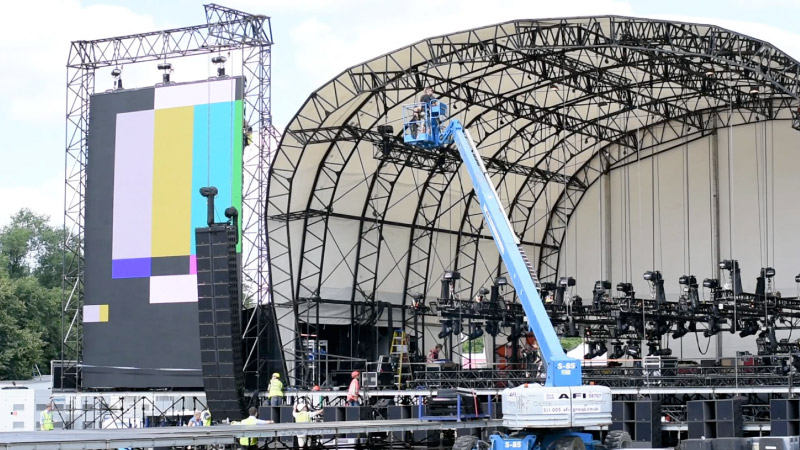 Out at front of house a further three delay screens, also built from MC-7 and measuring 4.8m wide x 2.4m high, were used by Frank Ocean to extend content out around the site, and acted as additional IMAG screens across the remainder of the weekend, bringing the whole audience closer to the onstage performances.

To capture the artists live from a variety of angles, PRG supplied three Sony HD cameras at front of house, and two Bradley robo-cams located on stage which captured close-up and side-on shots of the artists.

Paired with the PPU, PRG used their Barco e2 screen management system to output the content across all six LED screens on site, and this was managed by PRG’s media server and control systems expert, Erica Frost.

On Saturday evening Chase and Status live streamed their set on their Facebook page, and PRG’s camera system was also used to supply footage for the live stream.

PRG Account Manager Michael George commented: “I have been working on this festival for a number of years, and each year it pushes the boundaries of live events and live broadcast. It is a great festival to work on, with a really eclectic line-up. We’re looking forward to 2018 already!”