PRG UK maintained its stellar reputation for being the market-leading technology provider for the live music concert touring industry by working with Production Manager Tobi Oyerinde and Production Designer Francis Clegg from Mirrad to supply technical solutions which included Lighting, Video and Automation Rigging for Wizkid. The Afrobeats artist saw audiences in the thousands attend to see his debut in London as he brought his sellout Starboy Fest to the O2 arena showcasing an impressive production, to make the entire tour become one of the most iconic live music events of the year. 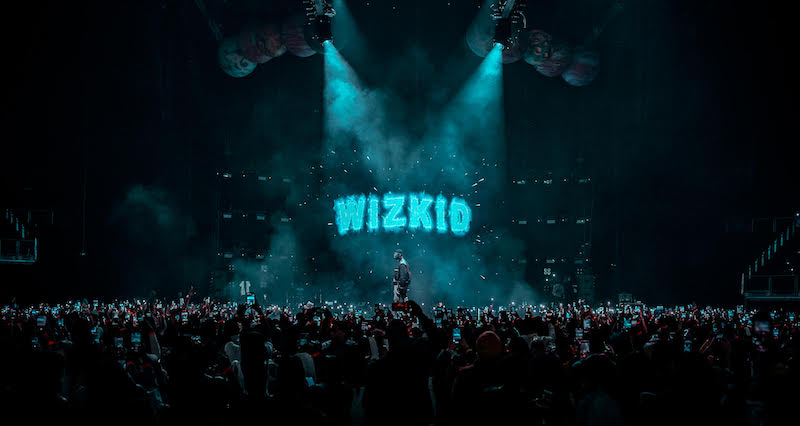 The project was overseen by our Lighting Account Manager Robert Watson and Video Account Manager Nilkanth Patel and worked alongside our Head of Rigging Services Q Willis who designed the rigging package to meet the demands of the production design and utilise the space on stage to ensure all of the technical elements of the production design would work as efficiently as possible throughout the show without any hitches.

Several key lighting fixtures were provided to meet the requirements of Tom Taylor and Francis Clegg’s (of Mirrad studios) lighting design which consisted of Clay Paky Mythos, VL3500 washes, GLP JDCs, GLP X4Ls and GLP Xbar 20s along with our proprietary Bad Boy GroundControl TM followspot. All of the above was controlled via an Avolites sapphire console. 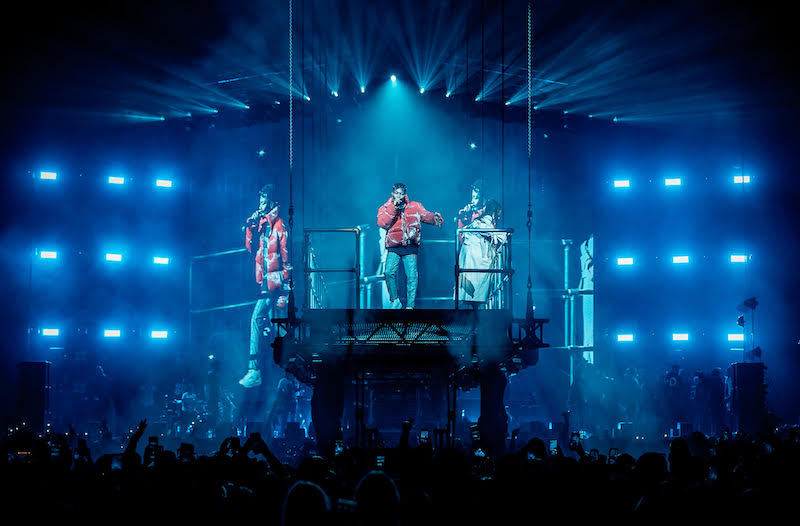 With regards to rigging and automation for the show, PRG supplied all rigging to hang the lighting fixtures and video equipment along with providing a mother grid and automation rig using Kinesys to hang the huge and impressive 25m walkway which linked the Main stage and the B stage together over the audience. The grand walkway was a pivotal part of the production design, which descended above the audience throughout the show. 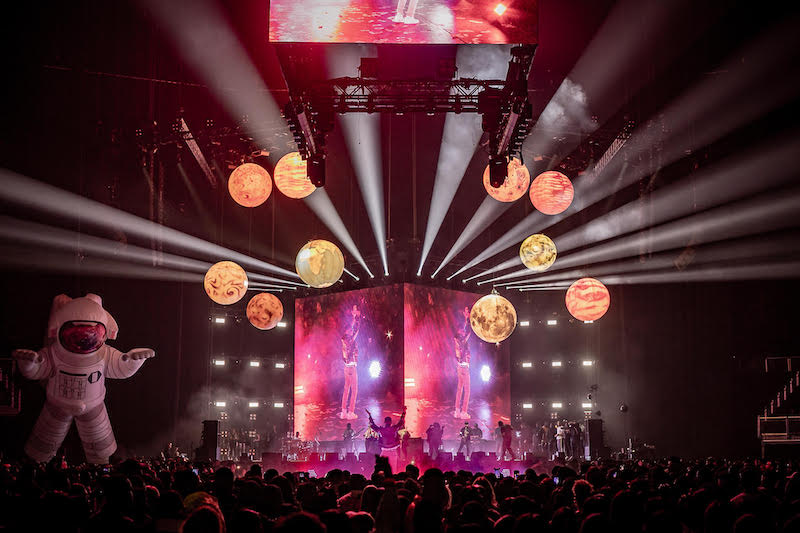 In terms of the video supplied, PRG provided three cameras for the IMAG, along with an impressive upstage V screen with our custom corner frame housing ROE MC-18 tiles and for the B stage 3-sided screen consisting of MC-7 tiles in order to display the supporting video content designed by Light Rhythm Visuals and Pete Thornton from More Eyes studios. 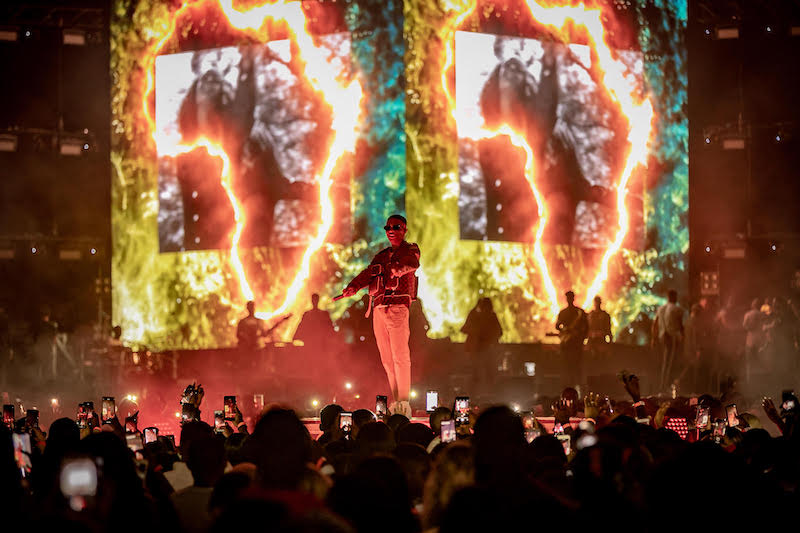 Speaking about PRG UK’s involvement with the WizKid at the O2 for StarBoy Fest our Video Account Manager Nilkanth Patel commented, “I really enjoyed working with Mirrad on this project. I recall in August Francis Clegg approached me with the concept of a V screen, this soon followed with a wacky runway on kinesis, we had many constraints but these were handled very carefully by PRG’s very own Q Willis and Robert Watson. I think the production went very well and overall everyone was very happy. I look forward to working with the team again soon.”