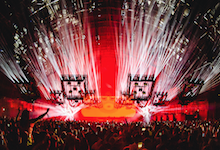 A team of 120 – comprised of PRG event crew, freelance lighting and freelance video staff – worked round the clock to install a huge range of kit and event equipment that travelled to the Cheshire-based festival in 45 arctic trucks.

The four-day event, which saw more than 70,000 fans descend on the Daresbury site each day, celebrated its 21st anniversary by introducing a number of new arenas – Silo, Generator and Warehouse. Each raised the bar in festival production and were designed to envelop the audience with an all out assault on the senses. 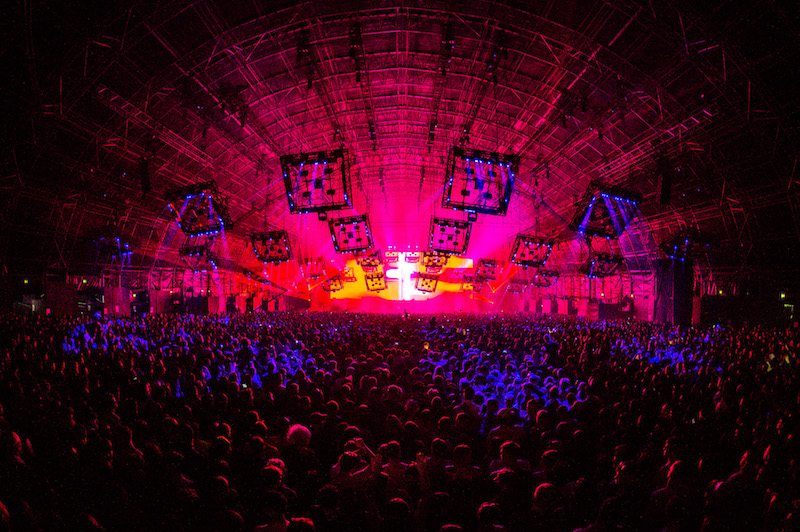 Ian Greenway, director of LarMac Live, who managed the festival’s production, engaged PRG to provide an incredible amount of technical infrastructure to the festival, including a range of ROE products – ROE CB5, ROE MC7 and ROE Vanish – that would enable large LED structures to be created and high resolution content to be displayed.

PRG provided full lighting and video pre-vis suites, which allowed VJs and artist’s technical teams to check any lighting and visual mapping, and if necessary make tweaks, before getting to the stage.

Attention to detail was everything for all involved. For example, Silo, a new circular structure with a mezzanine, featured 150 German Light Product’s JDC1 strobes and Panasonic 3k laser projection, used in conjunction with Disguise Media Servers. 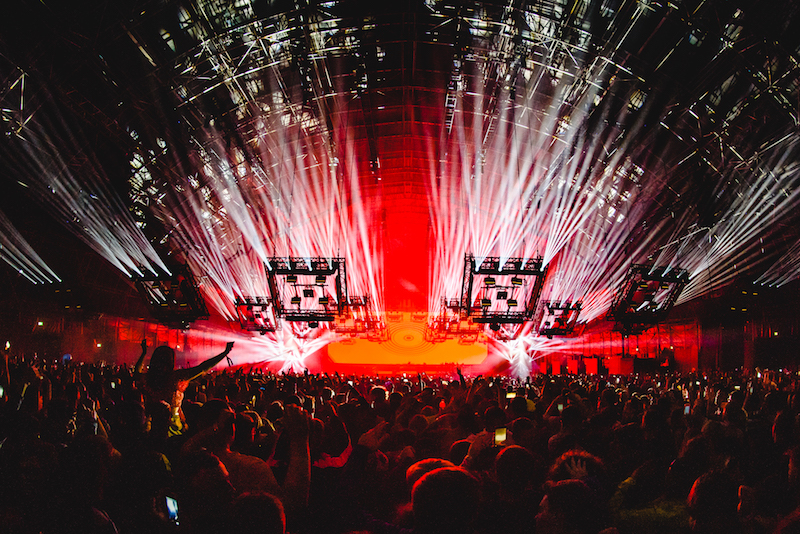 “We have been working with Cream and LarMac Live for years and we continually help Creamfields to push the limits in terms of production values,” McCauley explained. “More LED and screens than ever before, higher resolution, better control equipment, two pre-vis studios and content management all played their part in making this year’s festival one to remember – festivalgoers will be talking about an epic experience for years to come.” 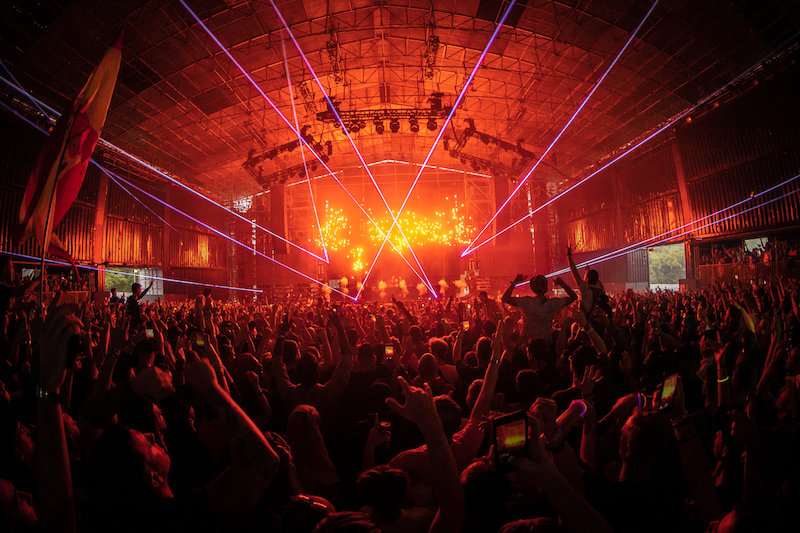 Creamfields is widely known for pushing the boundaries in terms of technical production but this year’s edition of the dance music festival went one step further and deployed a record-breaking number of hoists for Eric Prydz; the Swedish DJ closed the festival on Sunday night (August 26) and headlined Creamfields’ renowned Steel Yard structure with a show that featured 144 Kinesys points, a world record according to Dave Weatherhead, director and co-founder of Kinesys.

Steel Yard, a 20-metre high super structure with capacity for 20,000, was one of nine arenas that PRG provided services to.

Richard Gorrod, head of event services at PRG project managed the lighting, rigging, automation and video elements within Steel Yard, and worked with LarMac Live for six months to ensure that Prydz boundary-pushing set made waves.

Q Willis, head of rigging services at PRG, oversaw all rigging elements and Nathan Avery, PRG crew chief, headed up video. The pair were joined on site by PRG’s Luke Jackson, who was site manager, and Pete MacDonald and Dave Evans, both Kinesys operators.

Steel Yard’s rig – designed by Ross Chapple, Prydz’s lighting designer – was installed by Nick Brown, who was assisted by Willis.

Gorrod commented: “PRG worked on nine stages at Creamfields, supplying rigging, lighting and video equipment and services. The show’s just keep getting bigger and better each year and the festival’s 21st outing certainly pushed the envelope. The sheer quantity of everything, from the amount of automation and the number of lighting fixtures, demonstrates Cream’s commitment to creating the best electronic dance music event for fans and naturally, PRG is hugely proud to be a part of that story. We are looking forward to pushing the boundaries even further next year.”

Yvonne Donnelly Smith, director of music (lighting) at PRG, added: “It’s all about the people – the fans that descend on the festival to have a good time and the people that work tirelessly behind the scenes to make sure that 70,000 people have an amazing experience. “PRG has been involved with Creamfields for a number of years and we never cease to be amazed at how Scott Barton [Creamfields’ promoter] continues to come up with such creative ideas that push the festival forward. “We love working with Creamfields and Ian Greenway and his team at LarMac Live to deliver a festival that is technically challenging but hugely rewarding and like Richard said, we can’t wait to see what Creamfields has in store for 2019.”