PRG is a multi-award-winning supplier of lighting, video and rigging systems to the events and entertainment industry in the UK. Our clients include music touring companies, event producers, theatre designers, television production designers, and the producers of special events.

The range of services offered by PRG covers everything from support at the conception, planning, and implementation stages, to technical equipment and follow-up for all kinds of events. Our comprehensive consulting and support services guarantee clients a creative and professional implementation of their events. PRG's extensive inventory of event technology is the largest in the world.

Depending on the customer's wishes, we can provide custom solutions or standard rental packages. An overview of our service portfolio for the different lines of business is available under "Our Services."

In the UK, PRG has two branches located in and around London and Birmingham, and has operated in the market for over 35 years. The company has many years of international experience and excellent credentials and references in all event segments. In the UK alone, PRG has more than 200 skilled employees from various areas of the event industry, and can draw upon the experience and expertise of a network of over 500 freelancers. 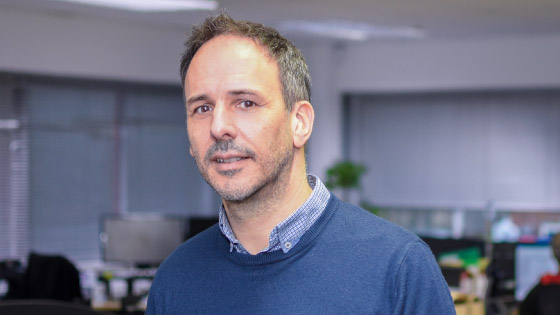 Richard has wealth of knowledge and experience gained over 28 years of working in the Entertainment Industry and being part of the local UK and European PRG Management teams holding numerous critical roles since joining the group in 1999. Qualified as a Certified and Chartered Accountant Richard was the Financial Director and co-founder of The Spot Company that was acquired along with Midnight Design by PRG in 1999. In this time Richard has successfully led a number of international mergers, acquisitions, and integration projects for PRG, as well as overseeing the sustained growth and financial health of the UK & European companies during that period.

Richard’s primary focus in his new role as CEO for PRG UK will be re-establishing the Company’s customer focus and further developing our core offerings across all markets. He enjoys spending time with his family, playing guitar and Moto-crossing. 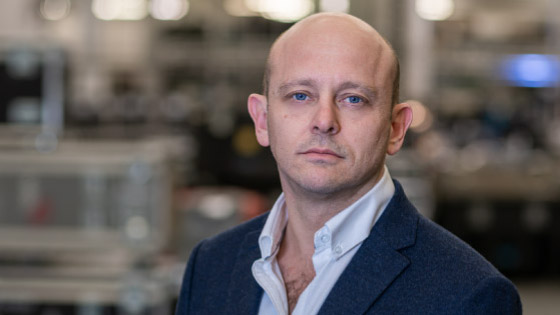 Simon is the Chief Financial Officer for PRG’s EMEA operations. He is focussed on providing financial leadership and functional expertise to the EMEA region, alongside wider advisory support to the business.

He trained and qualified as a Chartered Accountant at PWC and has acquired 15+ years’ experience in finance. Most recently, he joined us from Claire’s Accessories, where he worked as the European Finance Director from 2013, before running the European Operations for the past 3 years.

When he’s not at work, Simon enjoys playing tennis and football. But he has also used his love for sports to help raise funds for Unicef, when he participated in a charity bike ride, riding 140 miles from Birmingham to London.

Our Mission Statement: To deliver world-class lighting, rigging and video solutions for live entertainment and events both in the UK and abroad.

PRG is a leading supplier of technology and solutions for live events and entertainment. We work with producers and designers to bring their creative ideas to life. With our roots in theatre production, our expertise has developed across a range of markets, and clients the world over seek our help to solve the unique production challenges in live music tours and festivals, corporate events, film and television, theatre and the arts, sports, conferences, and exhibitions.

You can read about our strengths in the individual market sectors by visiting "Our Services" in the menu above.

As your production partner, we aim to provide you with a personalised service via a dedicated acccount manager, but each production is also supported by an incredible behind-the-scenes network of highly skilled project managers, technicians, and product specialists. Come to us for a reliable production—every time.

History of the UK company

Production Resource Group has grown from the addition of a number of companies over the years. In the UK these include:

Light & Sound Design, popularly known in the industry as LSD, was a professional lighting rental specialist with its origins in the concert touring industry. With locations in the US and in London and Birmingham in the UK, the company was at the forefront of supplying lighting, rigging and automation to the touring industry. Light & Sound Design was merged into Production Resource Group in 1998, and some of the team remain with the company to this day. 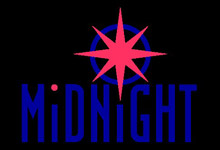 Midnight Design was a specialist theatre lighting company. Having established itself as a major theatre supplier in the US, Production Resource Group acquired Midnight Design in 1999, in effort to expand that success into Europe.

The Spot Company, a London based supplier of lighting services and equipment to the Special Events market, was acquired in 1999 to become part of the PRG Lighting Group.

VLPS Lighting Services was a lighting rental company born out of the VARI*LITE company. VLPS was established in 1997 following VARI*LITE's flotation on the Nasdaq. It acted as the rental division for both the lighting and the Virtuoso console product line, as well as offering lighting from other selected manufacturers. When VARI*LITE's sales and manufacturing was sold to Genlyte Group in 2002, VLPS continued with the rental business as well as developing the console line. VLPS became part of Production Resource Group in 2004.

With the aim of growing its UK lighting business, PRG acquired Essential Lighting from the Staging Connections Group in 2008. Essential Lighting was maintained under a separate brand, delivering high quality lighting services and equipment to the live event industry and dry hire service to industry specialists. In 2011 it became part of PRG's main brand and many of the Essential Lighting team have remained with Production Resource Group's UK operation.

With rigging and automation vital to event lighting, PRG took the decision to expand its UK business with the acquisition of Summit Steel in 2009. The company was maintained as a separate brand under the Production Resource Group umbrella, with the management and staff staying on after the deal. Many of Summit Steel's rigging experts are still part of PRG's UK operation today. 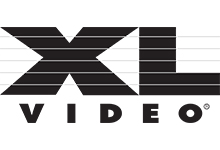 To strengthen its expertise in video technology and services for the events and entertainment industry, Production Resource Group acquired XL Video in 2015.

Passion for Results: Enthusiasm for the outcome of our actions…

Our enthusiasm for our work informs everything that we do. We aim to ensure that our clients get the technology they need to deliver successful shows and events for their audiences!

We embrace challenge and complexity with a sense of adventure and enthusiasm. If you have an idea, no matter how complex, we will work to provide the best technical solution for your project.

Accountability: The obligation to be responsible for something…

We act with integrity, and take personal responsibility for our actions and results, expecting others to do the same.

We are personally committed to the success of our clients, our teammates and the company. We promise to do our utmost to deliver excellent customer service and the highest quality event technology!

Teamwork: Coordinated effort on the part of a group of persons acting together as a team, in the interests of a common cause or goal…

We will work together to exceed expectations through competence, collaboration, creativity, and communication.

History of the PRG Group

PRG’s growth as a company has paralleled the development of modern technology in the live entertainment industry. Founded in 1982 by Jere Harris as Jeremiah J. Harris Associates, and later renamed Harris Production Services, the company was joined two years later by Scenic Technologies, founded to develop new scenic fabrication and automation techniques for the live entertainment market. Landmarks of those early years include the long-running musical production The Phantom of the Opera (1988), which featured the debut of the patented Stage Command® motion control system, and EFX (1995) at the MGM Grand Hotel in Las Vegas, which was produced by Harris, and with a budget of $45 million, remains one of the largest theatrical shows ever.

Responding to growing customer requests for a one-stop production solution, Production Resource Group, L.L.C., (PRG) was established in 1995. PRG increased its capabilities over the next several years through a number of strategic acquisitions, including lighting and audio companies such as Vanco and Cinema Services (1996); Bash (1997); and Promix (1998). The acquisitions of Light & Sound Design (1998) and VLPS® Lighting Services (2004) brought the teams responsible for many of the pioneering innovations in our industry, setting the stage for a series of industry-leading proprietary products that continue to set PRG apart today.

With the acquisition of the Chicago based company High Performance Images (HPI) in 2007 as well as the Hi-Tech Rentals and Essential Lighting Great Britain (both 2008) it was possible for PRG to increase its share in the corproate event industry considerably.

In 2009, PRG took a giant step forward into the global marketplace with the acquisition of PROCON MultiMedia AG. This move has solidified PRG’s position as the premier resource in the entertainment and event technology industry, with a unique global brand and a strong presence and customer base in major markets and geographic locations worldwide. With the integration of Showtec in 2010 this position in central Europe was increased even further. 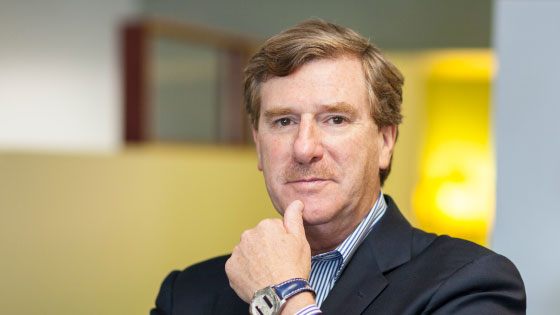 Jere Harris, Chairman and CEO of the New York based PRG Group, has been active in Broadway theatre production since 1970, with family ties to the theater industry dating back four generations. His great-grandfather was a theater manager in London, and his father, Joseph P. Harris, is a four-time Tony award-winning producer of more than 200 Broadway shows, including Chicago, Dancing at Lughnasa, and Sweet Charity. Jere’s mother Geraldine was a stage actress who performed in such renowned musicals as Guys and Dolls and Silk Stockings.

Jere began his theater career at age 16, working at a Broadway set-building shop. Less than a decade later, he was named production manager for Theater Now, the largest theatrical management company during the 1970s and 1980s. 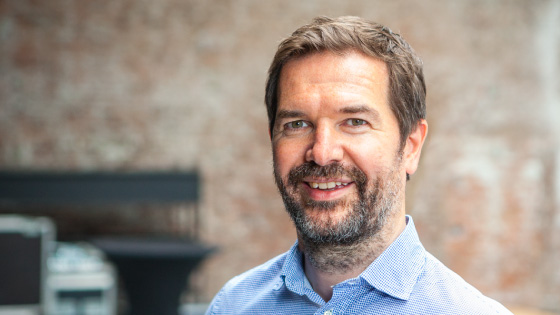 Stephan Paridaen heads and supervises the operations of the entire group of companies. In addition, he is responsible for developing the range of services in the fields of corporate events and major events.

Prior to joining PRG, Stephan worked at Barco, a leading provider of professional video systems. As President of its Media & Entertainment division, he was responsible for the digitization of cinema theaters and founded the LED Display department, which significantly influenced the convergence of video and lighting technology.

Stephan holds a Bachelor’s degree in Information Technology and a Master's in Economics. He also successfully completed an Advanced Management Program at the Harvard Business School. 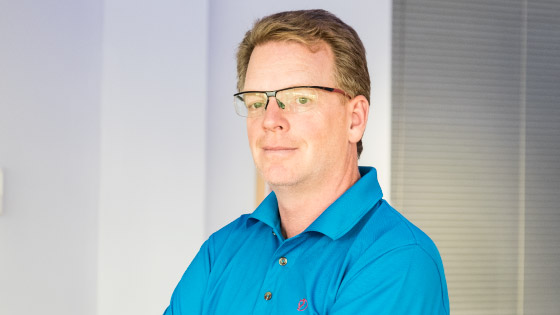 As Chief Operations Officer, Europe, Gary Boyd is responsible for all aspects of PRG operations in Europe and the UK. He also oversees asset management in Europe, Asia and Australia.

Gary began his entertainment technology career in 1985 when he joined Score Systems Ltd., a theatrical lighting company based in Kitchener, Ontario, as the company’s equipment rental manager. Following Score Systems’ acquisition by Christie Lites in 1995, Gary served as general manager of the Kitchener facility. In 1996, Gary left Christie Lites to establish an office for Westsun in Toronto.

In 1999, Gary became vice president of operations for Westsun’s offices in the United States and Canada. In 2002, he joined PRG as general manager of the company’s Toronto office.

He initially spent time in the UK during PRG’s acquisition of VLPS in 2004. He became VP Operations for PRG in North America in 2007. In 2008 Gary was once again asked to oversee acquisitions in the UK – integrating Essential Lighting and Summit Steel into the group. He subsequently looked after the consolidation of Birmingham and London facilities into the current Longbridge location.

In 2009 Gary was asked to relocate to the UK becoming Chief Operations Officer, and his family joined him in 2010. Two years later his role was expanded to additionally oversee operations for all of Europe.

Outside of PRG his interests include Skeet Shooting, which he does with his daughter Maddy; flying – Gary has his private flying license; travel; and tinkering with a small collection of cars.